That Formula One title is still eluding me, and I haven’t done 500 km/h at Bonneville yet. But that’s okay – a few days ago, I parallel parked our old family car between two SUVs with less than half a metre to spare on either end. 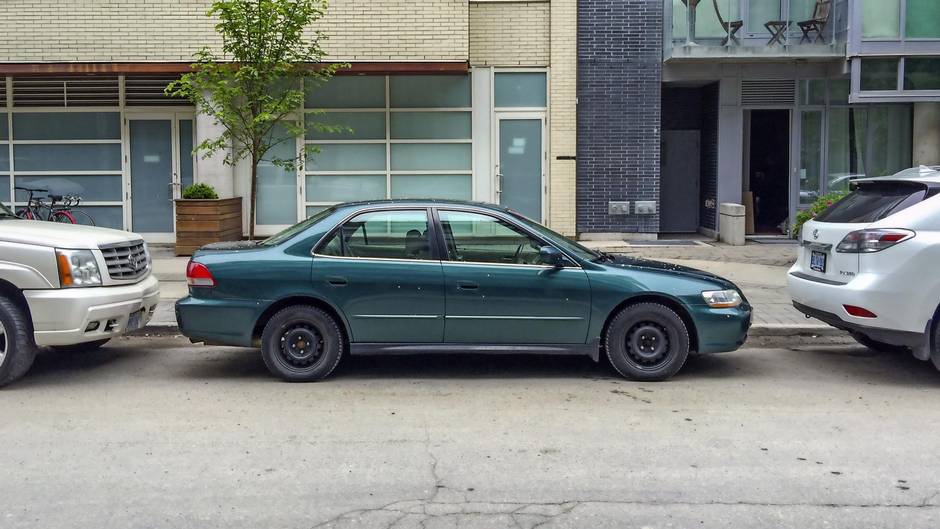 I may not be Lewis Hamilton, but there is satisfaction in a perfect parallel parking job.

Maybe I’m over-romanticizing it, but great parallel parking calls for the touch, timing and kinetic mastery of a bullfighter

You have to swoop into the spot in a single, perfectly judged arc, end up a hand-span from the curb, and do it all without touching the other cars.

Unfortunately, parallel parking is a disappearing skill. We live in the age of the self-parking car, and the no-parking driver: many drivers can’t parallel park any more than they can land a jetliner. It is becoming an occult skill, and, yielding to reality, some U.S. jurisdictions have taken parallel parking out of the driver’s test.

Tom Pecoraro, a former police officer who founded a Maryland-based chain of driving schools, told the Washington Post that the parallel-parking requirement was eliminated because it created an administrative backlog: “The fail rate was pretty high,” he said, “and they want to be able to push people through.”

My father is spinning in his grave. To him, parallel parking was a required skill that had to be mastered before you could be allowed to operate a motor vehicle. He drilled me on parallel parking technique on an abandoned airstrip near Calgary, using traffic cones and sheets of plywood to simulate parked cars.

By the time I was 15, the geometry and physics of parallel parking had been drilled into me like religious catechism. My father’s teachings were later augmented by the German mechanics that presided over the Porsche-VW shop where I worked as a young man. Jockeying expensive machinery around the crowded confines of our garage called for skill and care, and damaging a customer’s 911 was a career-limiting move. 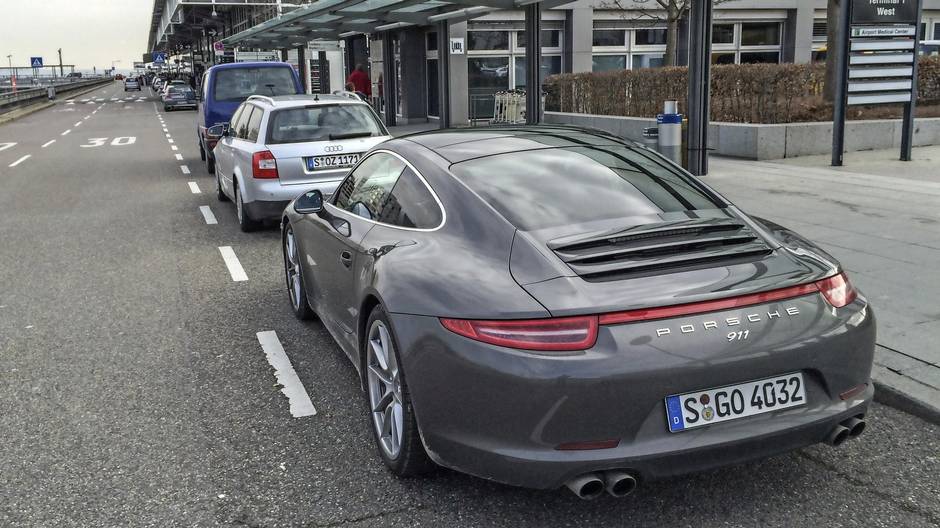 For generations of drivers, the ability to execute a parallel parking manoeuvre was both an essential skill and a point of pride. In Europe, where I attended high school and part of university, almost everyone was good at parallel parking: if you wanted to drive in Brussels or Paris, you had to master close-quarters manoeuvrings.

Unless you live in rural Saskatchewan, parallel parking is still a handy skill. In Toronto, it’s a staple. And yet more and more drivers can’t do it, even though modern cars have made it easier, with backup cameras, blind spot sensors and auto-park systems that can actually manoeuvre the car into a spot for you.

The rise of the self-parking car has exacerbated the problem it’s designed to solve. Why learn to park when the car can do it for you? But convenience is a slippery slope, and the degradation of parking skill is part of a larger decline. It has been estimated that only 10 to 15 per cent of North Americans know how to drive a car with a manual transmission, for example, and even fewer know how to change a tire. 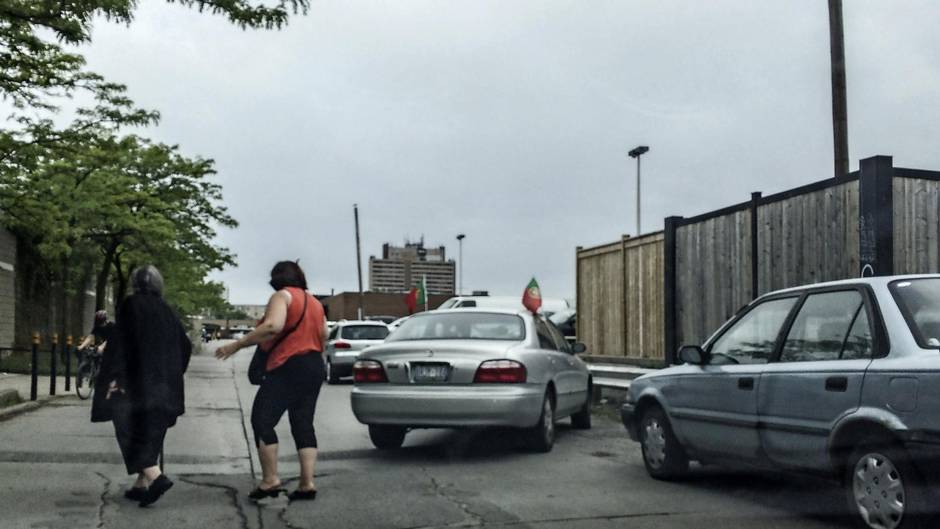 More than once, I have met drivers who don’t understand that a car has a shorter turning radius while backing up than it does going forward – the difference is huge, and this is why parallel parking is done in reverse. Last weekend, I watched a driver hit two other cars while trying to back into a spot at Yorkdale Shopping Centre. An hour later, security was still sorting out the mess, and the damage was probably $10,000.

Not long ago, I met a woman who had never parallel-parked, except at her long-ago driver’s test. She confessed her parking shame. She once rolled up to a restaurant with a perfect spot out front, but told her passenger that her insurance company doesn’t allow parallel parking and drove for blocks to find a parking lot where she could drive straight in. If there’s a valet, she uses it. When all else fails, she circles the block waiting until two back-to-back spots open up so she can park without reversing. Unfortunately, the chances of two spots opening at once are in the lightning-strike category, and more than once, she has been forced to give up, park at a distant lot, and take a taxi to her destination. 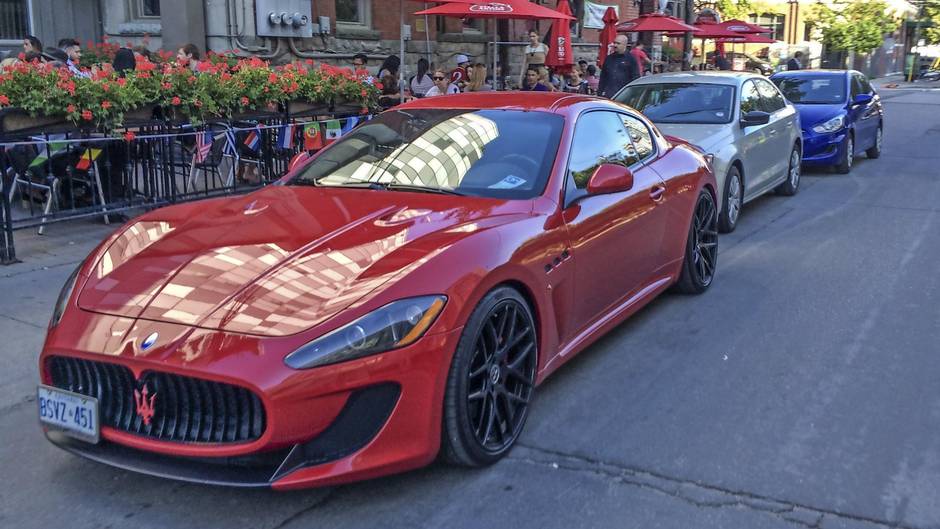 In theory, gender shouldn’t make any difference when it comes to parking, or driving in general. But a 2009 study by Germany’s Ruhr University-Bochum concluded that women find parking more difficult than men. The university ran a test where male and female drivers of varying experience levels were asked to park an Audi A6 in various ways – including backing into a spot and parallel parking – in a closed-off parking garage. The result: female drivers took an average of 20 seconds longer to park than male drivers, yet were still less likely than men to park accurately.

In the not-so-distant future, none of us will drive a car. Instead, we will board autonomous transport pods that shuttle us to our destination, then park themselves, or head off to pick up someone else. The parallel parking problem will be solved forever. In the meantime, we have the worst of both worlds: we need to park, and hardly anyone can do it well.