There are few experiences more depressing than a beloved institution that takes a turn for the worse: the cool restaurant that drops your favourite dish; the secret beach that gets discovered by a Trump-style condo developer ... you get the point.

Which brings us to the new Porsche 718 Boxster S. In almost every respect, this is the finest Boxster Porsche has ever made: the steering is telepathic, the grip is superb, and the styling is letter-perfect. But then we come to fly in the ointment: the engine, which stands as one of the most disappointing pieces of machinery I've encountered in some time.

I'll tell you why in a moment. But first, the background. Porsche's decision to swap the Boxster's classic six-cylinder boxer motor for a smaller, turbocharged four reflects an industry-wide trend as manufacturers strive to meet government-mandated economy standards. This movement is what brought us the EcoBoost Ford F-150 pickup truck, the six-cylinder Maserati turbo, and the downsized Porsche 911 motor, which has lost displacement but maintained its power through carefully-engineered mechanical improvements and the addition of twin turbochargers.

The 718 Boxster's engine makeover is more radical than the 911's – two cylinders have been lopped off. Although marketers stress that the new Boxster motor is actually an upgrade, I took a wait-and-see attitude. On paper, the new engine looks good. Even though it has fewer cylinders than the previous Boxster engine and less displacement (2.5 litres instead of 3.4), it actually makes slightly more power, and gets a better fuel mileage rating.

However, in the real world, I found the new four-cylinder to be a major letdown. Unlike the now-defunct six, the power delivery of the new turbo four feels distinctly non-linear. There is noticeable turbo lag, which gives you the sensation that the gas pedal is linked to the throttle with a bungee cord.

In a sports car as fine as the Boxster, the way the power is delivered matters more than the quantity: when you're making your way through a collection of corners, you want the throttle to respond in predictable, linear fashion. With the 718, this is no longer the case. Porsche employs some of the finest engineers in the world, but there's no escaping turbo lag.

Then we come to the fuel consumption, the parameter that drove Porsche to perform its cylinder-ectomy on the Boxster in the first place. Like so many turbo-equipped cars, the 718 Boxster gets worse fuel economy than the official ratings. If you exercise strict throttle control, you can beat the consumption figures of the old six-cylinder models. But most of the time, my mileage was the same, or worse.

And finally, there's the biggest disappointment: the sound. For those accustomed to the smooth growl of the bygone six-cylinder, the soundtrack of the new four comes as a shock. The croon of the six is gone, replaced with a thudding auditory signature that is overlaid with turbo whoosh. As a former Porsche-VW mechanic, I recognized the engine's bass undercurrent immediately: it sounds like a VW Beetle. A refined, smoothed-out Beetle, but a Beetle nonetheless.

Which stands to reason. Like the Beetle, the 718 Boxster's motor is a horizontally opposed four. Let's be clear: in terms of engineering detail, the 718 motor is a space ship by comparison with the old Beetle engine – the 718 has water cooling, fuel injection, variable valve timing, and machining tolerances that make the Beetle engine look like a stone axe. But the configuration is the same.

The 718's sound is also similar to that of a four-cylinder Subaru – another car that uses the boxer engine layout. The Subaru engine is also light-years ahead of the Beetle's in terms of sophistication, but the core soundtrack is the same. As I drove the 718 Boxster, I felt like a mechanical sommelier, and the Beetle and Subaru notes were inescapable.

If you're a student of mechanical engineering, you understand the relationship between an engine's layout and the sound it produces. Generally speaking, more cylinders sound better. The creamy howl of a well-designed V-12 is the automotive equivalent of a Pavarotti aria, and a good inline-six produces a curdling, saxophone-style howl. If you want to hear true savagery, listen to the exhaust note of the Shelby GT-350 Mustang, powered by a flat-crank V-8.

After driving two 718 Boxsters (the S and the base model), I came away with mixed feelings. This is an excellent sports car that offers fantastic handling and wind-in-the-hair experience. It's fast, it's comfortable, and the power soft top is a masterpiece of German precision – it's watertight, flap free and easy to operate. The Boxster's 718 designation is a direct link to a legendary open-cockpit Porsche race car that was built from 1957 to 1962.

However, after two weeks in the Porsche 718 Boxsters, I came to the conclusion that something critical has been lost. A sports car's motor is an integral part of the machine, in the same way that heart and lungs are integral to an Olympic sprinter. I used to love the Boxster's motor. But I don't love this one. A beloved institution has taken a turn for the worse. 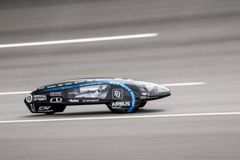 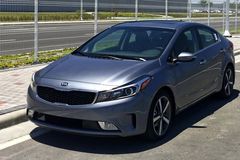 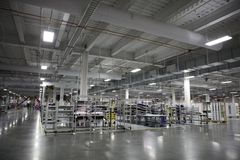