Up at the top of the Bad Experiences List are the tax audit, the root canal and the cavity search. Then comes the car dealership closing room – the inner sanctum where you're taken to lock down a deal.

I've been in a few closing rooms, and never liked it. No wonder. "The old school closing room was a turn-off for a lot of people," says Bruno Lucarelli, a New York-based industry consultant and former manager of E-Bay Motors. "They locked you into a room and hammered away at you until you signed."

Like many businesses, car dealerships are changing to meet the needs and expectations of a new generation of consumers. Gone are the days when the dealer was the fount of all product knowledge – today, you can go online and learn everything about a car.

Some dealerships have switched to a low-pressure sales model – such as the Toronto Volvo dealership I recently visited to look at a new V60 sport wagon. In the old days, going into a showroom was like taking a dip in a piranha tank. But this experience was pleasant. After 10 minutes or so, a young sales rep came over to see how I was doing. We looked at the V60 together and discussed options and prices. I told him I'd think about it, and walked out the door. He didn't try to stop me.

How times have changed.

I thought back to my first encounter with a closing room, at a Vancouver used-car dealership with a twin-cam Lotus Europa on the floor. This car, I'd always wanted. Now it was pulling me into the showroom, like a siren luring Odysseus onto the rocks. After some tire-kicking and friendly chat with the salesman, I was ushered into the closing room to meet the sales manager, an older man with a flashy suit and the hard, flinty eyes of a professional card shark. A cancer surgeon had just removed his larynx, and he communicated by pressing a battery-powered amplifier against his throat – he sounded like Darth Vader playing a kazoo.

The manager pulled out a sales contract and started working out numbers. I told him there must be some mistake. I'd just come in to look – there was no way I could afford the Lotus. He wrote new numbers on the contract and passed it over for me to sign, as if the deal were done – in sales, this is known as an "assumptive close." I said no. He pressed the amplifier to his throat and delivered what I would later learn was a "cradle-to-grave close" – buy the Lotus right now or risk never having one. "Something will always be in the way," he said. "Are you going to walk away from your dream car?"

I got up to leave. The sales manager blocked the door and tried a couple of other closing techniques, which I later identified as the "Ben Franklin close" – an artfully skewed pro-and-con list that made buying the Lotus look like a brilliant move – and the "possibility-of-loss close" – another Lotus might never appear, and if one did, it would cost more. Twenty minutes later, I was finally free. I felt like a steer that had passed through the door of a meat-packing plant but managed to escape.

Years later, back at a car dealership to negotiate a used-car deal for my mother-in-law, I checked the compression and service records, put the car up on the hoist to look for rust and hidden damage, and talked the price down to $15,500 from $17,000. But when my mother-in-law came home with the finished paperwork, she had paid nearly $19,000. The salesman had taken her to the closing room, where his manager sold an extended warranty, rustproofing, fabric guard and paint protection. All of it was needless.

As Lucarelli explained, this kind of tactic is most prevalent in the lower end of the car market, where dealerships eke out profit on cars with slim margins. "The more you pay for a car, the less pressure you'll encounter," he said. "When you buy a luxury car, it's more of a customer-experience operation."

The sales people in the closing room also face their share of grief. "In the value-price car market, it's all based on a price," Lucarelli added. "Customers can really beat you up. They come in the door, and the first thing they say is, 'This is all I'm paying' … They want the car at rock-bottom. … Up-selling is a fundamental part of business, [like] when you go to a restaurant, they try to sell you dessert and a glass of wine."

Agreed. And if I ever set foot in a closing room again, it will be too soon.

Imagine a world without dealerships, Tesla already is
December 6, 2014 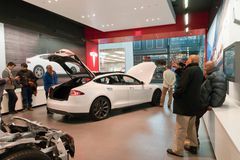 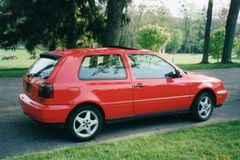 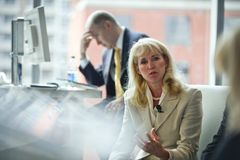 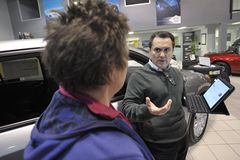 Four games to satisfy your virtual need for speed
December 5, 2014
Follow Peter Cheney on Twitter @cheneydrive
Report an error Editorial code of conduct
Due to technical reasons, we have temporarily removed commenting from our articles. We hope to have this fixed soon. Thank you for your patience. If you are looking to give feedback on our new site, please send it along to feedback@globeandmail.com. If you want to write a letter to the editor, please forward to letters@globeandmail.com.
Comments