Bringing a new car to market costs more than $1 billion. Thousands of engineers sweat the details on everything from engine design to aerodynamics to how many kilojoules of energy the crumple zones can absorb in a crash.

But none of this will matter if you make an ugly car. 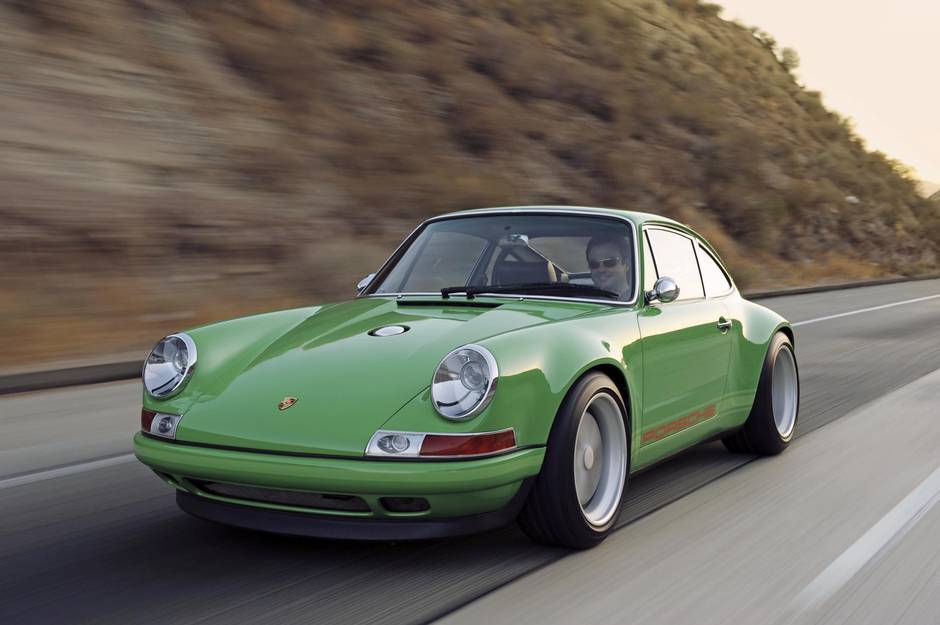 If you get it right, you end up with a classic Porsche 911 or the original Ford Mustang. Get it wrong, and you produce an AMC Pacer or a Ford Edsel – cars that have gone down in history as sales flops and aesthetic disasters. 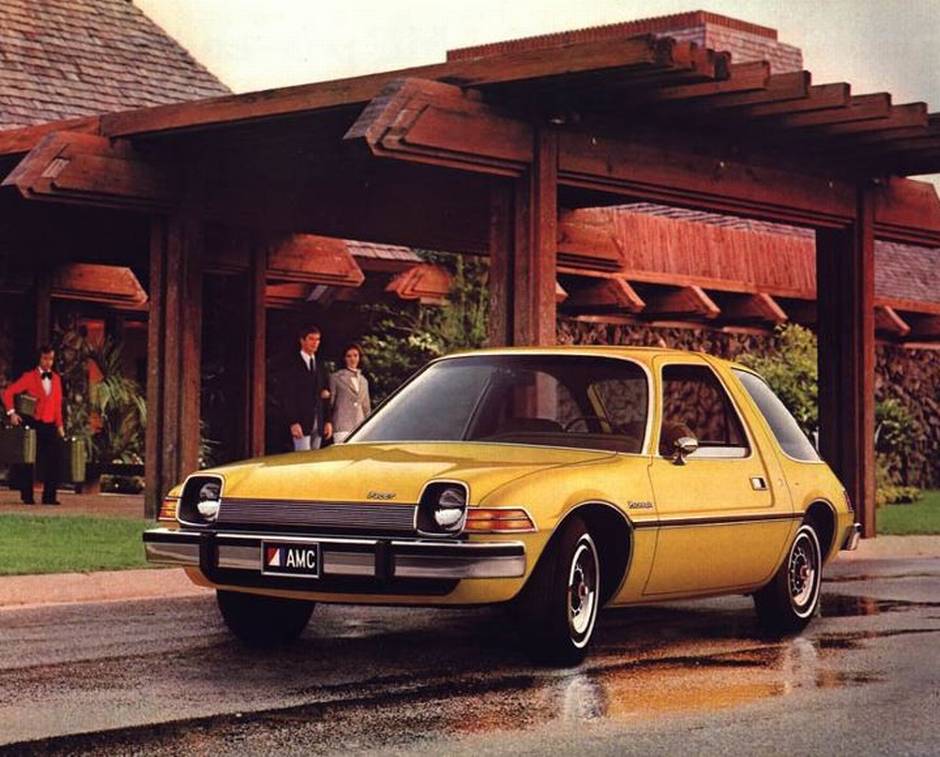 The history of automotive design offers no shortage of lessons on how to create a bad design. One proven path to failure is design by committee, which was the undoing of the legendary Pontiac Aztek.

The Aztek was commissioned in the mid-1990s by then-GM chairman John G. Smale, a former Proctor & Gamble CEO who was convinced that GM needed an edgy, unusual vehicle that would turn heads. GM spent a fortune on focus groups, and the Aztek’s design was vetted by an endless series of committees.

No single vision was allowed to prevail as the Aztek’s shape and details were tweaked and altered. Then the bean counters threw a curve ball: to keep costs down, GM accountants decreed that the Aztek must be built on an existing minivan platform. Unfortunately, the minivan was too short to work with the Aztek, forcing designers to revamp the tail, producing a hunchbacked monstrosity. 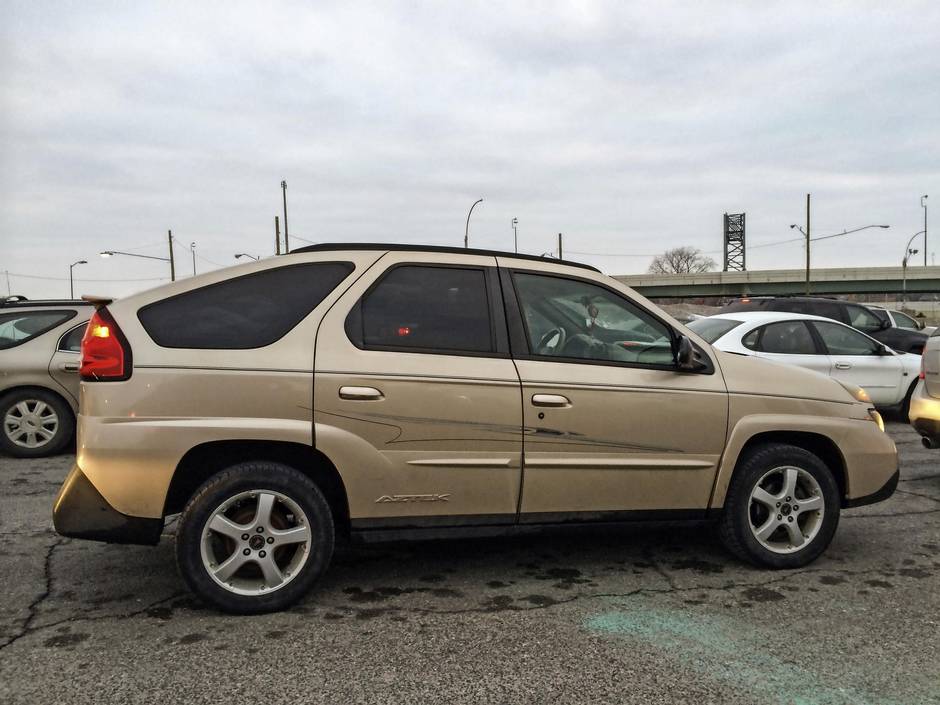 One observer summed up the Aztek’s design failure by noting that “it looks the way Montezuma’s revenge feels.”

Even the best designers can get it wrong. Lotus founder Colin Chapman was hailed as a genius after creating the sublime Lotus 49 race car and the tiny, elegant Elan roadster, a classic that was later emulated by the designers of the Mazda Miata. But Chapman also designed the Elite, a 1970s hatchback coupe that took the Mondrian influence of that era too far: The Elite resembles a stretched AMC Gremlin.

Great design occasionally comes from unexpected places. Although the early 1980s became a dark age for Chrysler, designer Richard Teague hit a stylistic home run with the 1984 Jeep Cherokee. The Cherokee may have suffered from mediocre running gear and iffy manufacturing, but Teague’s inspired design made it a best-seller. 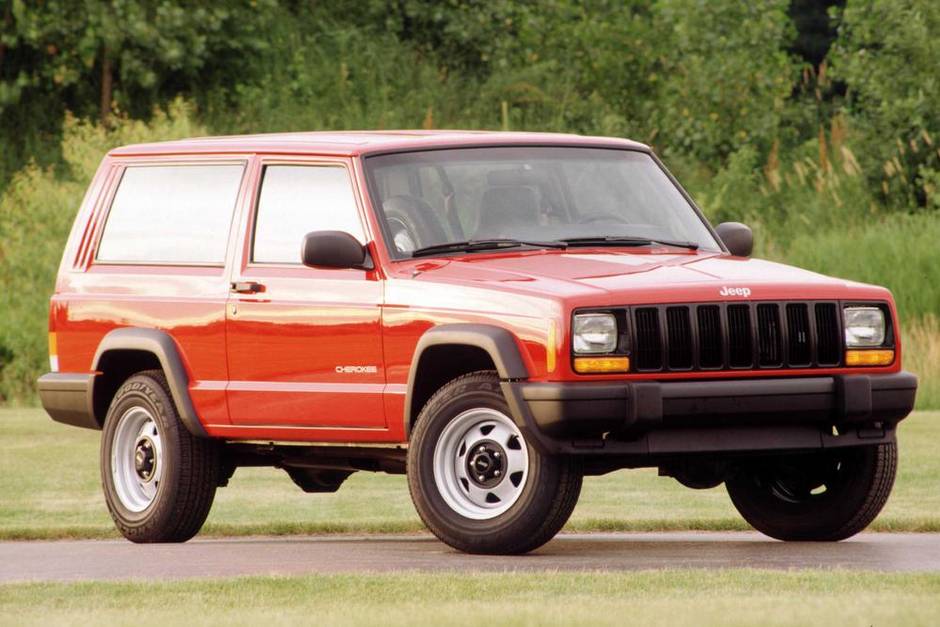 In the early days of the automobile, no one really knew what a car should look like. Many designers based their four-wheeled creations on established industrial forms, such as locomotives and steam ships. By the 1950s, car companies were keenly aware of the commercial value of inspired design. GM design chief Harley J. Earl tapped into the zeitgeist of space-age America with aerodynamic curves and tail fins that looked like they’d been transplanted from an intercontinental missile. 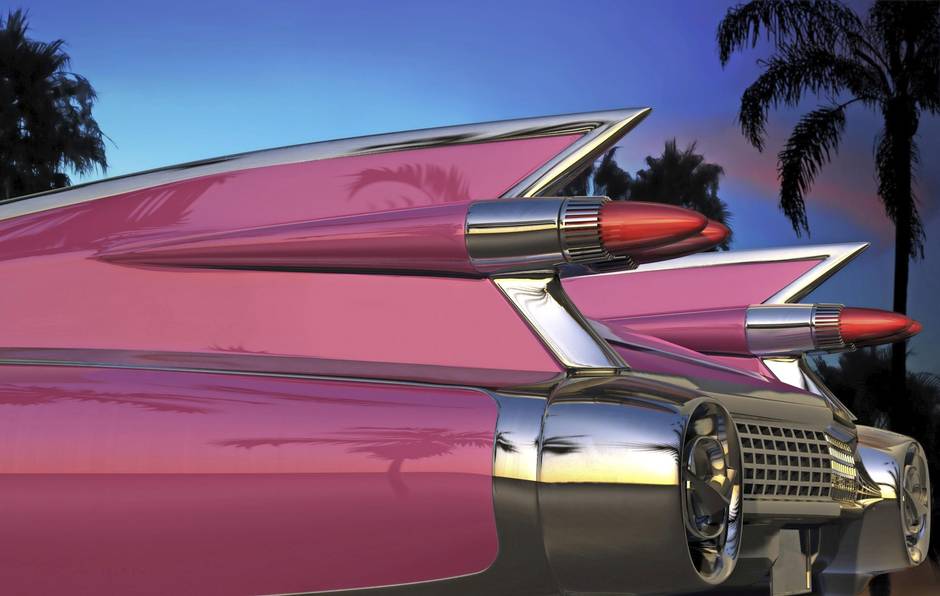 In 1964, Ford pulled off one of the greatest style coups in the history of the car business: by extending the hood and shortening the tail of the staid Falcon sedan, it created the iconic Mustang, which went on to set sales records. 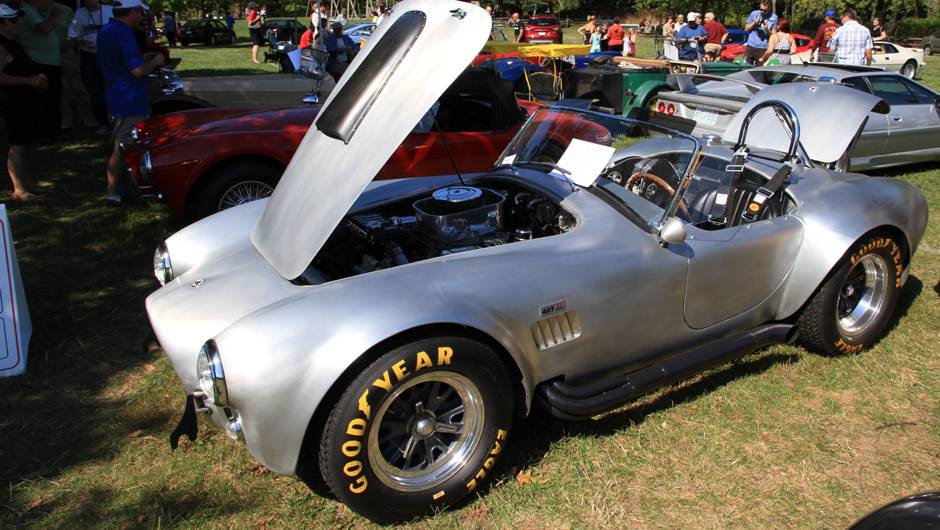 The best, most enduring designs are often the vision of a small team or a single designer. Carroll Shelby came up with his stunning Cobra roadster in a back-alley shop in Los Angeles. Two years later, ace designer Pete Brock turned the topless Cobra into the Daytona coupe by creating a roof and tail section that have gone down in automotive history for their inspired blend of aerodynamics and aesthetics. Brock’s design tools were all analogue: He drew paper sketches, traced patterns on cardboard and sawed out wood forming bucks that were used to hammer flat sheets of aluminum into beautifully shaped body panels. 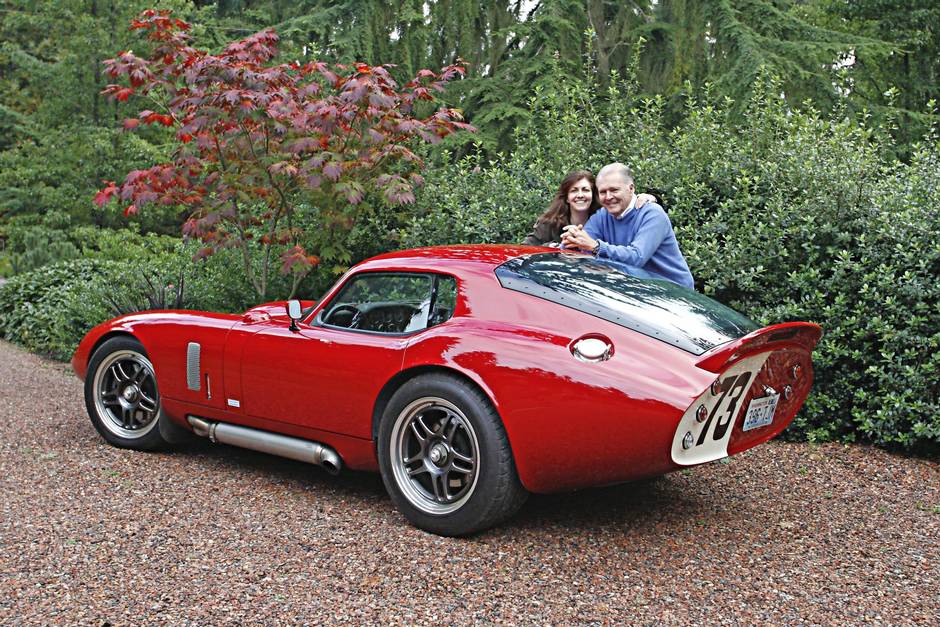 Brock, who went on to found a racing team and create a series of hang gliders that revolutionized the world of unpowered flight, believes that design is an organic, intuitive process. When I asked Brock how he came up with such superb forms, he replied that translating a vision into reality called for the same approach that sculptors use: “You have to work at it. And you have do it by hand; it’s the only way to make shapes that look good from every angle.”

That hands-on, analogue approach has been used to create a long list of classic cars. The Jaguar E-Type, praised by Enzo Ferrari as “the most beautiful car ever made,” was designed by Malcolm Sayer, a British engineer who was inspired by the aerodynamic beauty of World War aircraft such as the Supermarine Spitfire. Sayer used pencils, compasses and French curves to sketch shapes on giant sheets of foolscap paper that were taped to the walls of his office, and carved three-dimensional models made from wet clay.

The Porsche 911, a design icon that has retained the same basic form for more than 50 years, was styled by Erwin Komenda. In terms of leaving a lasting mark, Komenda is hard to beat: His resume also includes the Porsche 356 and the VW Beetle. 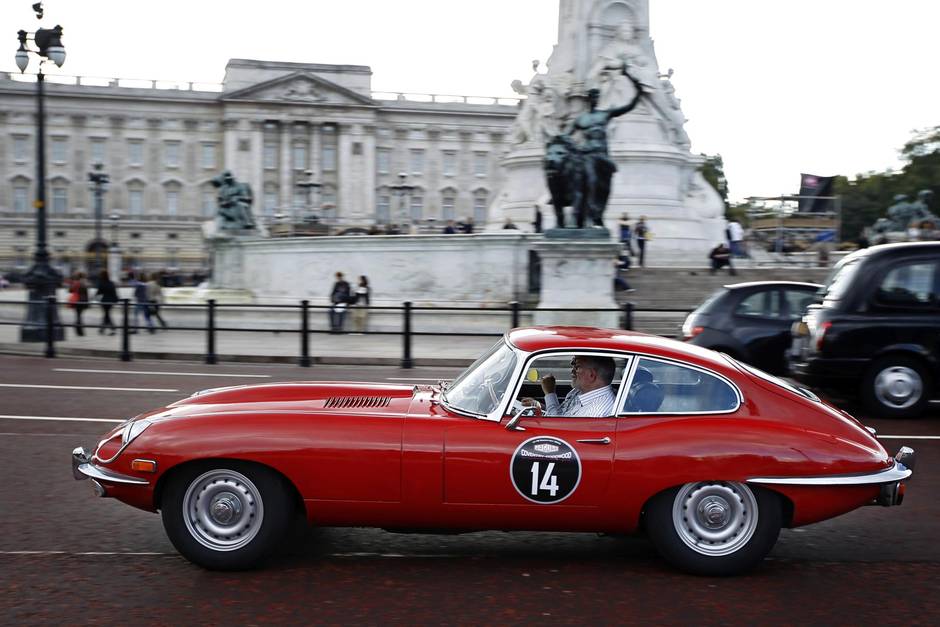 Komenda’s processes were not unlike those used by Sayer to make the E-Type. He sketched on paper, carved clay models and built wooden forms. And also like Sayer, he came up with signature design elements that live on to this day – such as the 911’s tapering, bullet-shaped rear window.

Last year, I had a series of conversations with the team that designed and engineered the new Corvette C7 Stingray. Although it used advanced digital design tools that let it envision the car on a computer screen, its process still depended on old-school techniques. After using multi-axis milling machines to carve the new car’s body prototypes out of hard foam blocks, it finished the shapes by hand by troweling on layers of clay that were smoothed and painted to simulate the real C7’s surfaces. Prototypes were parked outdoors, and the team studied them through the oversized windows of a 1970s GM motorhome known as the Fishbowl.

“Seeing it in three dimensions is still magical,” Corvette product manager Harlan Charles said. “You see it emerging, like a sculpture.”