Is all-wheel drive the bulletproof vest of driving? Many people seem to think so. This first dawned on me a few winters ago, when I watched a brand new Mercedes SUV go into an icy corner in ski country. Seconds later, the Mercedes was on its side in the ditch.

The driver was unharmed, but angry. "I don't get it," he fumed after climbing out of his damaged machine. "I've got all-wheel drive!"

The Great All-Wheel-Drive Delusion had reared its ugly head yet again. It's impossible to count the number of times I've heard drivers say they can go faster because they have all-wheel drive, or that all-wheel drive eliminates the need for winter tires.

Wrong on both counts. At the heart of the all-wheel-drive delusion is a fundamental misunderstanding of what makes a vehicle stick to the road – it's the tires, not the drive system. An all-wheel drive vehicle can plow through snow that would stop one with two-wheel drive and it can also accelerate better on ice. But these advantages can lead drivers into a deadly trap. Why? Because when it comes to turning and stopping, all-wheel drive is no better than two-wheel drive.

Dennis DesRosiers, a consultant who has spent decades analyzing the auto industry, says all-wheel drive has become a major selling point because consumers see it as a safety feature. Although it does offer some safety advantages – such as not getting stuck on a deserted back road, for example, and better control when plowing through slush buildups during a lane change – all-wheel drive does not outperform two-wheel drive in the areas that most consumers expect.

"I doubt that most drivers really understand the technology," DesRosiers says. "But they don't understand most of the other technology in their cars, either. For a lot of people, a car is just a consumer appliance."

Every time I write about winter driving and winter tires, there's a flood of calls and messages from readers who insist that the superior traction of all-wheel drive makes winter tires unnecessary.

This is a myth.

When you try to stop or turn on snow and ice, an all-wheel drive car performs no better than one with two-wheel drive. For both cars, the limiting factor is their tires. And when it comes to tire traction on cold surfaces, the evidence is clear – winter tires are essential.

Countless tests have documented the performance difference between winter tires and all-season models. I have done numerous tire tests, some in Canada, others at a test facility in Finland. The best stopping and turning performances came with dedicated winter tires.

Because snow and ice surfaces vary widely, winter tire testing can be complicated. But winter tires consistently outperform all-seasons. On some tests, winter tires improved stopping by 40 per cent. On others, the difference was more than 100 per cent.

The tests also made it clear that all-wheel drive offers better acceleration on snow and ice, but does not improve stopping.

For further proof of what winter tires can do, read this month's Consumer Reports magazine. Using an all-wheel-drive Honda CR-V, it tested stopping distance from 100 km/h on snowy pavement. With winter tires, the CR-V stopped in 94.5 metres. On all-seasons, the stop took 203.6 metres – more than twice as far.

Another point to consider: there is a wide variation between all-wheel drive systems. Some are rudimentary arrangements that simply send power to the front or rear wheels with a prop shaft and differential. Others are sophisticated systems that can sense whether a wheel is spinning and redirect power to a wheel that has traction. Consumer Reports tested a number of systems on compact SUVs and gave its highest ratings to the Subaru Forester.

I am in the market for a new car. As I do outdoor sports and travel a lot in the winter, all-wheel drive makes sense for me. I could end up with a Subaru Outback, a Volvo V60 or a Tesla Model S with dual motors. But no matter what I get, the car will have top-quality winter tires and I will drive with full awareness of the All-Wheel Drive Delusion. Yes, all-wheel drive can help you go fast, but it's not a bulletproof vest.

The pros and cons of all-wheel-drive: 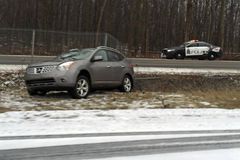 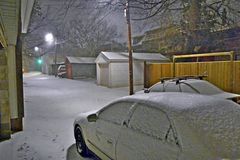 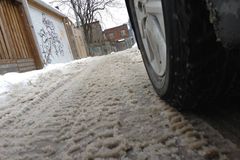