The Ford Shelby GT350 Mustang is not a subtle machine. It storms into your driveway like a V8-powered hallucination: carbon air splitters, racing stripes, and the most aggressive engine sound this side of an Indy 500 qualifying lap. Some cars occupy an indeterminate place on the great psycho-social scale. Not the Shelby. If it were a character on Game of Thrones, the Shelby would be Khal Drogo, the slab-chested, death-dealing horse lord who leads the Dothraki tribe into battle. Yes, the Shelby is the alpha male of the automotive world, an iron-pumping presence, throbbing with power.

As I studied the Shelby, I realized that it was an infinitely improved version of the cars I sketched in my math notebook back in 1969. In those days, the ultimate Mustangs were Shelby specials and the Boss 302, a machine that galloped through the imagination of young men like myself. One of my friends' older brothers quit high school so he could make the payments on a new Boss. He ruined his life, but when he rolled up in that electric-blue Ford and blipped the throttle, the rest of us were ready to quit school, too.

Although it impressed us at the time, the 1969 Boss loses out in any technical comparison with the 2016 Shelby GT350. The 1969 car had about 300 horsepower, a solid rear axle and an 8-track cassette player. The 2016 model has independent rear suspension, Bluetooth and 526 horsepower. The old Boss sounded great, but this new Shelby puts it to shame: No V-8 has ever sounded as ferocious as Ford's new 5.2-litre "Voodoo" motor. This is because it has a flat-plane crankshaft (if you're an engineer you'll know what this is; if not, you just need to know that Ferrari uses it too). Flat-plane V-8s generate a unique aural signature – if you tied down a Bengal tiger and gave it a proctological exam with a red-hot fireplace poker, it would probably sound much like the Shelby at redline.

Out on the road, the GT350 was amazing. The six-speed manual shifter clicked up through the gears with rifle-bolt precision, the oversized Brembo brakes were staggeringly powerful, and the howling exhaust made every commute feel like Le Mans. Fantastic. I decided to take my 24-year-old son for a ride.

He was unimpressed. So was my daughter. So were my son's friends. To them, the Shelby was just a small car that made a lot of noise. They didn't care about the artful aerodynamics, the beautifully sorted suspension or that Holy Grail V-8. If they were buying a car, they'd go for an SUV that can carry their friends and equipment for a weekend getaway. And their eyes glazed over when I told them about the Mustang's flat-plane crank. Their idea of cool machinery is an all-electric Tesla with an 18-inch touchscreen and silent acceleration.

Not long ago, I watched A Faster Horse, a film that documents the making of the sixth-generation Mustang. The Mustang has a history that reaches back to 1964, when it hit the market and became an instant sales sensation. This was a car that captured the spirit of America as it reached for the moon. There is no Detroit brand more sacred than the Mustang, and A Faster Horse does a good job of conveying the passion of the Ford engineers who designed the new one. It also shows the monumental weight of history and expectation that lay upon them. "If you screw this up, you're screwing an entire country," one designer said.

Once upon a time, that may have been true. The sixth-generation Mustang (especially the Shelby variant I tested) is an incredible machine, with engineering improvements that we couldn't have imagined back in the golden age of the muscle car. Although baby boomers recall the Mustangs, Barracudas and GTOs of the late 1960s and early 70s as ultimate cars, they were actually crude machines by today's standards, with leaf-spring suspension, cast-iron engine blocks and Holley carburetors that drank fuel by the barrel.

The 2016 Shelby GT350 is the ultimate muscle car, and yet its arrival isn't really the event you would expect. It's as if Ford made the ultimate wooden galleon, but delivered it 300 years after the Battle of Trafalgar. Yes, the black-powder cannons are great, and we love what you've done with the mizzenmast rigging, but what we're really interested in now is a nuclear-attack submarine.

Maybe there are towns in the Deep South where the Mustang matters just as much as it did back in the days of the Tet Offensive and Deep Purple albums, but in the big city, the kids seem to have moved on. The days when young men quit school to make the payments on a muscle car are over. And so we face an industrial conundrum. The newest Mustang is great. The engineers who made it did not let down the Ford team, or America itself. The 2016 model is a paragon. Its only problem is that it arrived 47 years too late. 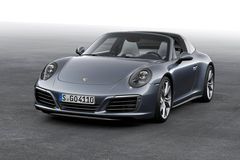