Some things could only be created in the United States – such as the P-51 Mustang fighter plane, the Big Gulp soft drink and the Colt Peacemaker pistol.

In photos: Ford Mustang through the ages - from greatness to gutless and back

Then there’s the pony car, an American machine that occupies a special niche in the cultural and commercial history of the United States. These are the cars that inspired Bruce Springsteen songs, made billions for Detroit and caused a friend to wreck his life by quitting school to make the payments on a 1969 Boss 302 Mustang. When we saw his car, the rest of us were ready to quit school, too. 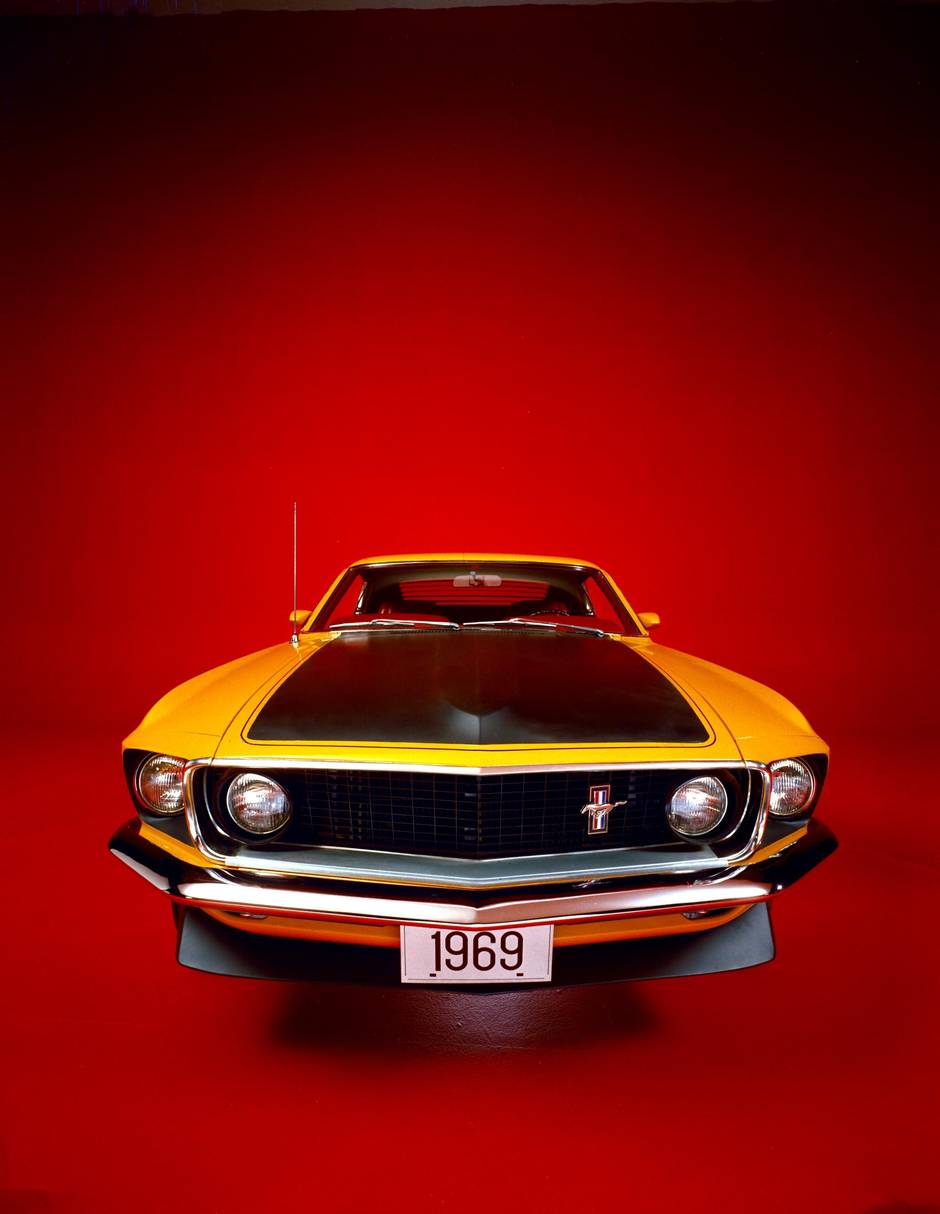 I thought of this as I cruised to Charlotte, N.C., in the 2015 Mustang GT, the sixth generation of the Ford pony car line. Beneath the hood was a 5.0-litre V-8 engine directly descended from the one that had called my friend onto the rocks of financial ruin in the 1960s. But this new engine was nearly twice as powerful as the original, burned far less fuel and was installed in a chassis with Bluetooth, crash protection and fully independent suspension. 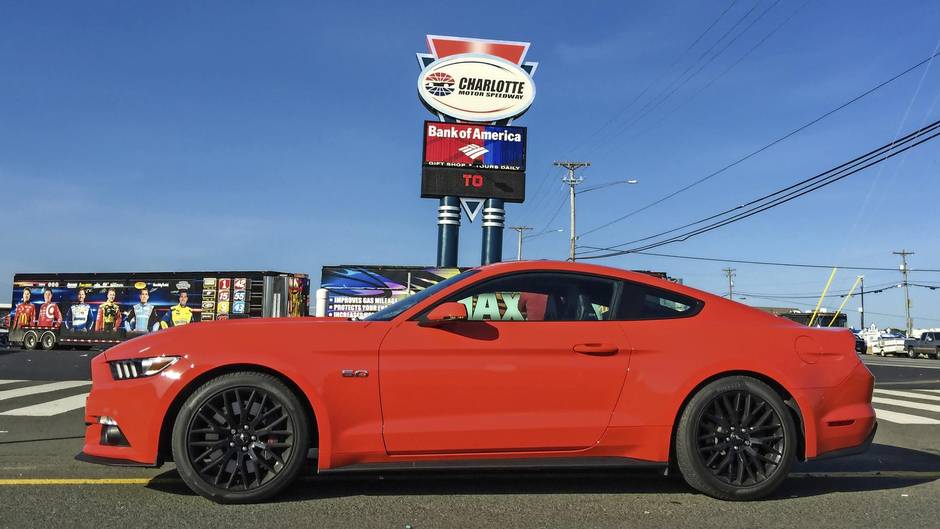 In Toronto, with its packed streets and speed limits, the Mustang had been out of its element, like a Triple Crown winner stuck in a small corral. Now, running through the curves in the mountains of North Carolina, the Mustang had been released: the V-8 crooned, the six-speed manual shifter clicked through the gears and the fat tires gripped the road as the lateral Gs built up.

In photos: 2015 Mustang GT inside and out

The pony car movement was born in 1964, when Ford brought out the Mustang to instant acclaim. Although it was based on the Falcon, a plodding economy car, the Mustang captured the hearts and wallets of a generation – Ford sold more than a million Mustangs in the first 18 months. 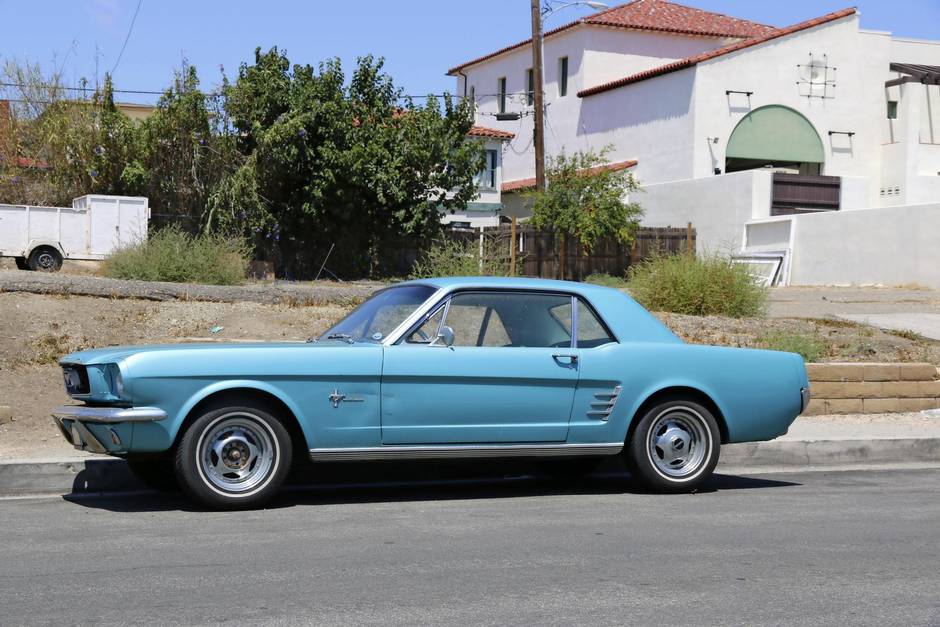 Its appeal was based on a stylistic masterstroke – by lengthening the hood and chopping off its tail, designers created a shape that suggested a horse running across the American plain. Who wouldn’t want a car like that? Other makers quickly jumped on the pony car bandwagon – Chevrolet introduced the Camaro, Chrysler brought out the Challenger, and American Motors created the Javelin.

But by 1970, pony car sales had begun to slide. Then came the OPEC oil crisis, and the beginning of a long period of darkness for the Mustang and its pony car brethren. The performance age was over, replaced by an era of smog controls, downsizing and diminished expectation. In 1974, Ford released the Mustang II, a gutless machine based on the ignoble Pinto platform. For the pony car faithful, it was as though the Mustang had been gelded. 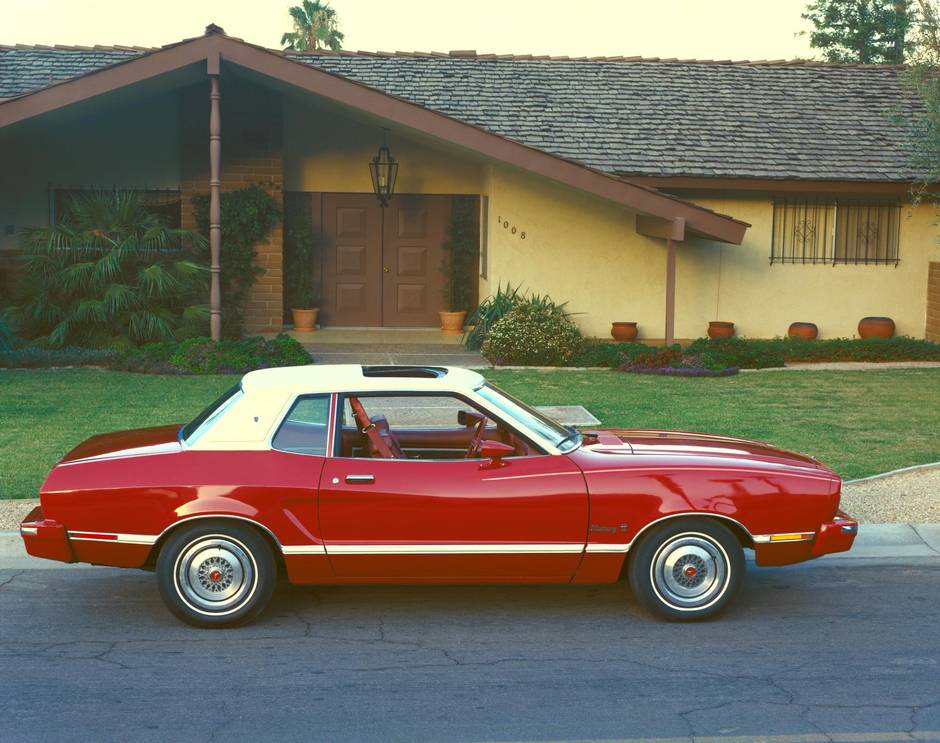 Although later generations would gradually restore the Mustang brand, the II-series was the Mustang’s nadir. The II was concocted under the direction of Ford executive Lee Iacocca, a master pitchman who would later move to Chrysler to introduce the K-car, opera windows and “the finest Corinthian leather.” Among other indignities, the Mustang II was used as a product-placement ride in the cheesy Charlie’s Angels TV show.

Career-wise, the Mustang’s arc paralleled that of John Travolta, who went from Saturday Night Fever and an Oscar nomination to the purgatory of Staying Alive and Look Who’s Talking. A once-proud ride was now a standing joke. The Chevrolet Camaro fared no better, morphing into a series of sad, forgettable parodies of the iconic original.

Although shadows of their 1960s selves, the enduring mystique of the pony car kept the Mustang and its competitors alive. And by the mid-2000s, there were new signs of life. In 2005, Ford released the fifth-generation Mustang, which bore a close resemblance to the cars of the golden age. Then came a new Camaro, followed by a new Challenger. The pony car was back. 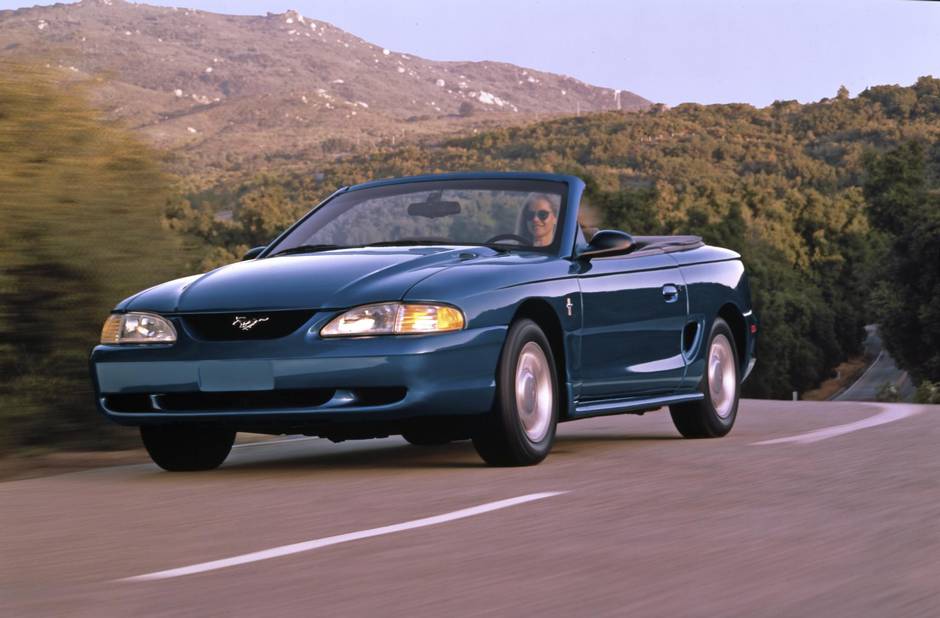 Charlotte, one of the Mustang’s spiritual strongholds – Detroit is another – is home base for many NASCAR teams, and its suburbs are studded with race shops that specialize in V-8 performance. Among them is Jack Roush’s famous operation, which runs a NASCAR team and builds tweaked-out Mustangs.

To understand the Mustang’s place in the American psyche, try driving one through the infield of the Charlotte Motor Speedway on race day. I did exactly that, and it was an experience to remember. A Woodstock-sized crowd was packed into the giant oval space, and race cars howled around us on the grey banking at more than 300 kilometres an hour.

Driving through the mob, I got an endless series of upraised thumbs. A guy with tooled-leather cowboy boots and no shirt reached through the driver’s window, patted my arm and said: “Bad-ass car!” In the meantime, a blonde woman who looked like Daisy from The Dukes of Hazzard leaned in the passenger side: “I love the Mustang!” she announced.

After several weeks of driving, I had come to love the 2015 Mustang myself. The new, independent rear suspension makes it a far more capable car on bumpy, twisting roads (with the exception of one special-edition model, all previous Mustangs have been equipped with traditional, solid rear axles). The signature 5.0-litre V-8 has smooth, unending torque. And it captures the style of the original while also moving the design forward. 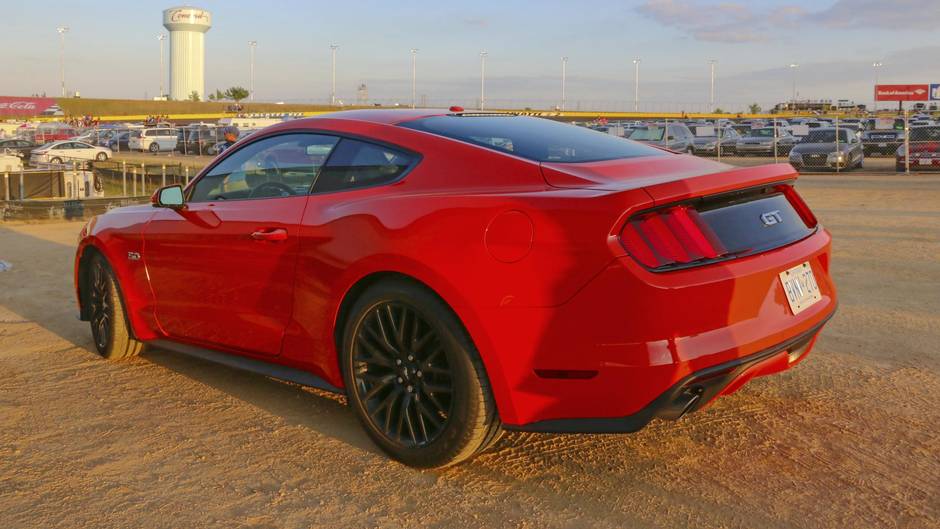 But at the Speedway, the Mustang’s key quality was revealed – it’s sheer American-ness. This is a car that could come from nowhere else, and the crowd’s reaction to it was something to behold – driving it through the infield was like raising the flag at Iwo Jima.

This particular Mustang was painted in Competition Orange. But it may as well have been red, white and blue. And somewhere, there are students thinking about quitting school so they can make the payments on a GT. I advise against it. But I do understand.