When choosing the most significant cars of 2014, there were two machines at the top of nearly every list: Ford's new aluminum-bodied F-150 pickup truck, and Tesla's stunning, all-electric Model S sedan.

As a lifelong engineering buff and efficiency fan, I chose the Tesla – it's fast, silent and clean. And it's a technological tour de force: comparing the Model S to the F-150 is like comparing a laser-guided missile to a Civil War blunderbuss.

Underlying those sales figures is an incontrovertible truth: The electric car isn't ready for prime time. After a long trip in a Tesla Model S last summer, I came away convinced that it was the best car on the market. But I still couldn't have one as my only vehicle – the Tesla may have a range of nearly 400 kilometres, but that isn't always enough, and without access to one of Tesla's amazing Supercharger stations, the Model S is crippled.

So what will it take to make the electric car go mainstream?

The benefits of electric power are obvious. An electric motor is about 90-per-cent efficient, and doesn't need a transmission, thanks to its vast torque band. An internal combustion engine, on the other hand, wastes about 85 per cent of the energy in the gasoline it consumes, and needs a multigeared transmission so it can remain within its narrow RPM range.

But then there's the electric car's Achilles heel – the battery. Compared with a gas tank, a battery is a morbidly obese slacker – pound for pound, even the most advanced battery contains about one-10th the energy of gasoline. This limits range – many electric cars run out of juice in as little as 120 kilometres. And batteries are expensive, accounting for about 40 per cent of the price of most electric cars.

The holy grail of electrical power storage is the ultracapacitor, a tiny, lightweight block of metal that can hold more power than a 500-kilogram battery, and can be recharged in minutes instead of hours. But no one has made a workable ultracapacitor yet.

In the meantime, companies such as Tesla are working to improve battery technology and lower production costs. (Tesla is now building its Nevada "gigafactory" battery facility.)

Then there's the fuel-cell approach, which is being pursued by a number of major manufacturers, including Toyota. Instead of storing electrical power in a battery, you generate it with a cell of highly compressed hydrogen. A fuel cell is far lighter than a battery. But you need to refill your car at a special hydrogen station – and there are even fewer of those than there are Tesla Superchargers.

The car business is dominated by the economic maxim known as economy of scale – the more copies you make of something, the cheaper it gets. When Henry Ford launched the Model T, it cost $960 (U.S.). Six years later, he was making 10 times as many, and the price had dropped to $575.

Electric cars make up less than half of 1 per cent of the North American car market, which means that economies of scale remain out of reach. Even the least expensive electric cars cost far more than equivalent internal combustion models. The battery-powered Nissan Leaf, for example, starts at $31,800 (Canadian). The gas-powered Nissan Sentra starts at $15,100.

There are more than 125,000 gas stations in North America. But there are only 151 Tesla Superchargers. Although resourceful electric car owners can find charging points by using apps such as Plugshare, driving an electric car can be a challenge.

Although the hydrogen fuel cell promises greater range and quicker fill-ups than a battery, there is almost no infrastructure in place. If there were a hydrogen station on every corner, consumers would probably be interested in fuel-cell vehicles. But there isn't. So far, hydrogen infrastructure is limited to a handful of stations. This year, Hyundai will offer a fuel-cell Tucson SUV, but the car is only available in Southern California, because that's the only place that has refuelling stations. And customers won't be allowed to buy the car – instead, it will only be available for lease, with no purchase option at the end.

If this setup seems familiar, you probably watched a documentary called Who Killed the Electric Car? The film showed how manufacturers, including GM and Honda, built 5,000 electric cars in the 1990s, and leased them out to drivers who acted as guinea pigs.

The documentary painted a sinister picture of the forces that wanted the electric car to disappear – among them oil companies and car manufacturers themselves, who realized there was more money to be made selling gas-guzzling SUVs than battery-powered sedans.

When the leases on the experimental cars ended, manufacturers took them back. Many of the cars were scrapped. Some were donated to museums. Although it's easy to buy into the conspiracy theory, there was more to the demise of that 1990s program than Big Oil and greedy car manufacturers – there were batteries that would only carry the car for 100 kilometres, and millions of consumers who weren't willing to pay extra for an electric car.

Ford F-150 takes top spot as the Globe's most significant vehicle of 2014
January 8, 2015
Detroit the most entertaining car show because that's the American way
January 8, 2015 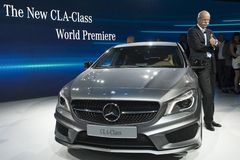 Five driving experiences that will thrill any enthusiast
January 8, 2015
Sneak peek of what will be unveiled at the Detroit auto show
January 7, 2015 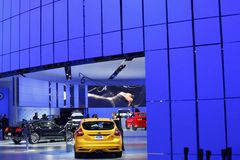