Imagine that it's 1895 and you're the world's biggest buggy-whip manufacturer, raking in millions of dollars. You send your children to elite schools and summer in Europe. Then some young upstart named Henry Ford invents a buggy that has an engine instead of a horse. And your whip empire is dead.

The trashcan of history is filled with machines that once seemed as if they would last forever. Remember the typewriter? The rotary-dial telephone? Cameras that used film?

With this in mind, consider the state of the automobile, and the impending fall of the carbon-fuel empire. Recently, I drove a pair of special vehicles. One was a brand-new Hyundai SUV powered by a hydrogen fuel cell. The other was a vintage Mitsubishi van that runs on recycled kitchen grease. Yes, kitchen grease – the stuff restaurants cook french fries and doughnuts in.

The kitchen-grease car worked beautifully, but it's not a mass-market solution – how many drivers are prepared to spend their time sucking foul-smelling grease out of back-alley restaurant tanks? And the Hyundai, which runs its electric motor by creating power from compressed hydrogen, had to be filled up at a special hydrogen station – and there's only one in British Columbia.

Until a few years ago, I thought electric cars were a gimmick and that there was no chance of them displacing gasoline, the tried-and-true fuel that has powered our lives for more than a century.

But I've changed my mind. Electricity is the future of transportation, and the internal combustion engine is living out its final years. It's still with us, but the gas-powered motor is Dead Engine Running.

For a guy who grew up memorizing engine sounds and rebuilding cylinder heads in his parent's carport, declaring the death of internal combustion feels like heresy. I grew up with gasoline and I worshipped at the Church of the Sacred Camshaft.

Never mind. Change is coming, and electric cars are what the planet needs. In her book Driving The Future, Margo T. Oge, former director of the Environmental Protection Agency's office of transportation and air quality, writes that many of the gains manufacturers have made on the efficiency front have been offset by consumer hunger for ever-larger cars.

Oge believes that electric cars are essential to hitting greenhouse gas targets. Her prediction is that in the decades to come we will see widespread conversion to pure electric vehicles, along with a smattering of plug-in hybrids. One of the more interesting chapters in her book talks about the ongoing push back from car dealers against electric technology.

That's not surprising. The car industry is a mature one, with a long-established business model based on existing machinery. Car dealers, in particular, are loath to say goodbye to the internal-combustion technology that has been their bread and butter.

For dealers, flawed machinery has made for great business. The internal combustion engine is a finicky device, packed with moving parts that are subjected to friction, vibration and extreme temperatures. And it depends on numerous, trouble-prone accessories: starter motors, cooling systems, alternators, fuel pumps, injectors, mufflers – the list goes on – and every item on it is a cash cow.

Then there's the matter of wasted energy. Although modern internal combustion engines are paragons of efficiency compared to the engines of the last century, they are still crude machines – only about 15 per cent of the energy in gasoline is turned into propulsive power; the rest is lost in the form of heat.

And then there's the power band issue. Because internal combustion engines can produce power only within a narrow rpm range, they need a transmission that allows them to stay within an ideal range as the car speeds up and slows down. Transmissions are also complex devices that need maintenance and repair.

Like a Gillette razor handle, which is useless without its short-lived, high-priced blades, a gas-powered car is a rolling profit centre, locking a buyer into an endless series of maintenance and repair purchases.

Although they still need some maintenance (such as suspension lubrication and tires) electric cars represent a stake through the heart of the long-established dealer business model. The electric motor has only one moving part – a smooth-spinning rotor. There are no spark plugs, no gaskets, no rusting exhaust system. No wonder dealers associations hate it.

There are still obstacles that stand in the way of the electric car. Many are crippled by short range. The Tesla is brilliant, but costs a lot. Batteries are heavy, expensive and slow to charge. Many of these problems can be overcome by using a fuel cell to produce electricity, but the fuel cell has problems of its own.

But changes are on the way. The U.S. Department of Energy is working on batteries that would cost 80 per cent less than those already on the market, and pack five times the energy. A number of private companies, including Tesla, are also working on battery technology. Others believe that the fuel cell is the way to go, since a hydrogen tank can be filled in minutes, and offers greater range than batteries do. Several car companies, including Toyota, Mercedes, Honda and Hyundai, have formed partnerships to develop fuel cells, and have put vehicles in the hands of consumers as part of ongoing test programs.

So which technology will win? Or will something new come out of left field and push both the battery and the fuel cell aside? There's no clear answer. But the gasoline-powered engine's days are numbered. We don't know exactly when, but sooner of later, internal combustion will walk the Green Mile.

Why Musk and Tesla should be compared to Jobs and Apple
May 12, 2018 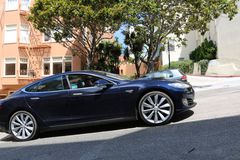 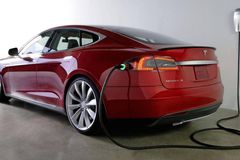 Flurry of plug-ins, all-electrics expected to soon hit Canadian market
June 5, 2017
Follow Peter Cheney on Twitter @cheneydrive
Report an error Editorial code of conduct
Due to technical reasons, we have temporarily removed commenting from our articles. We hope to have this fixed soon. Thank you for your patience. If you are looking to give feedback on our new site, please send it along to feedback@globeandmail.com. If you want to write a letter to the editor, please forward to letters@globeandmail.com.
Comments