Spotted is Globe Drive writer Peter Cheney's weekly feature that takes you behind the scenes of his life as a vehicle and engineering journalist. In coming weeks, we'll also highlight the best of your original photos and short video clips (10 seconds or less), which you should send with a short explanation. E-mail pcheney@globeandmail.com, find him on Twitter @cheneydrive (#spotted), or join him on Facebook (no login required). All photos by Peter Cheney unless otherwise noted. 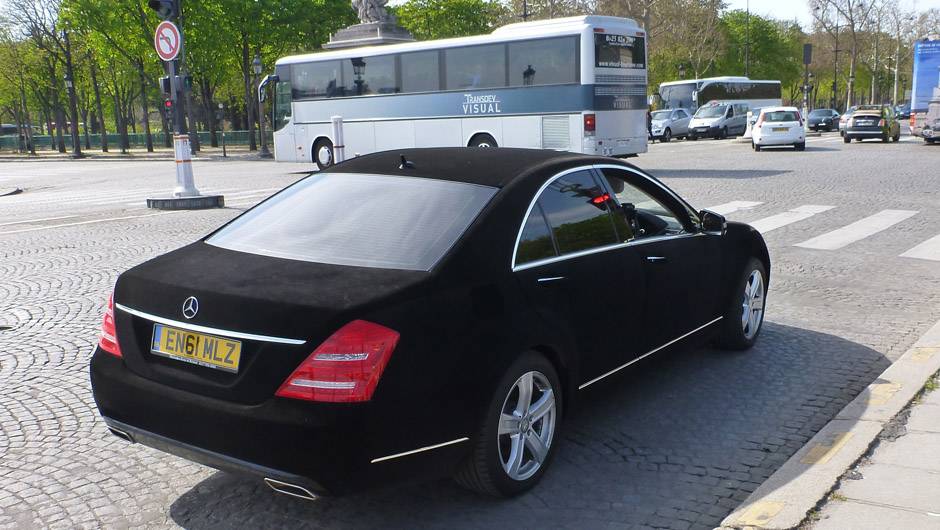 Reader Evan Jamison spotted this Mercedes near the Louvre, in Paris. At first, I thought the car had been Photoshopped. Then I read Evan’s note, which explained that the Mercedes had been wrapped in black velvet, which seems to suck up all the light that hits the car. It’s like a black hole on wheels. 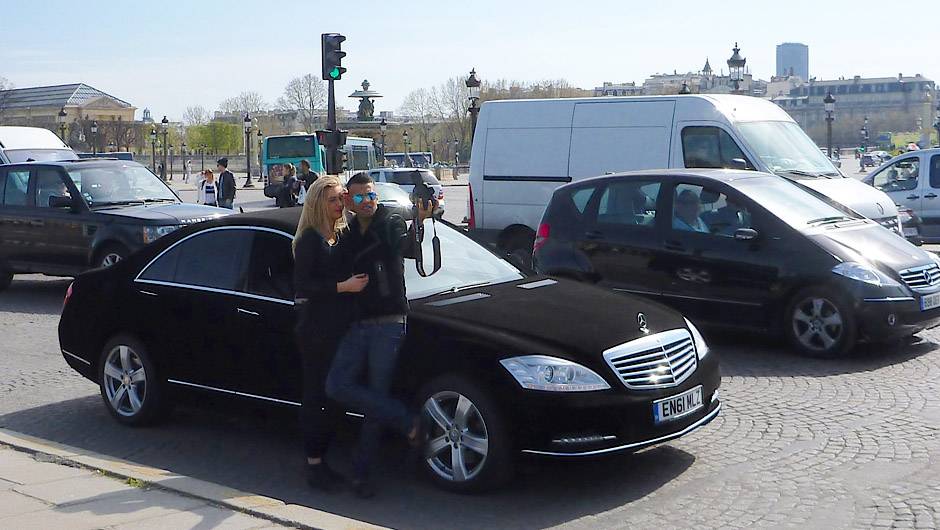 The owner of the velvet Mercedes hopped out to snap a selfie photo with his passenger. 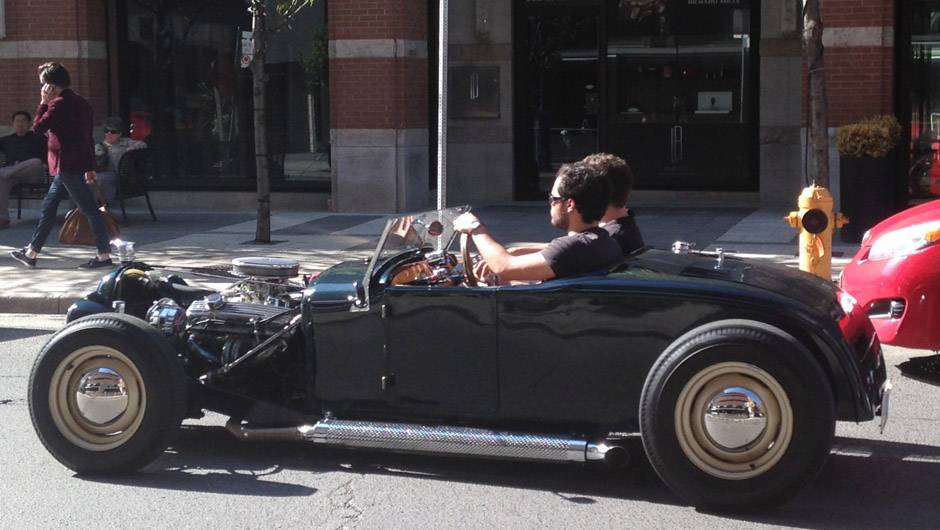 A Break From the Yorkville Usual

My friend Paul Hodgson likes to take pictures in Toronto’s Yorkville district, home to Canada’s highest concentration of high-dollar pose-mobiles. (If you want to see a blinged-out Bentley or Lamborghini, this is the place.) So it was refreshing to see this stripped-down Ford Model A hotrod in Yorkville. As you can see, the Model A has been subjected to some classic post-war rodding modifications, including a chopped and channelled body. This takes some real skill – you have to cut a lengthwise section out of the entire car to give it a lower profile and weld it back together. 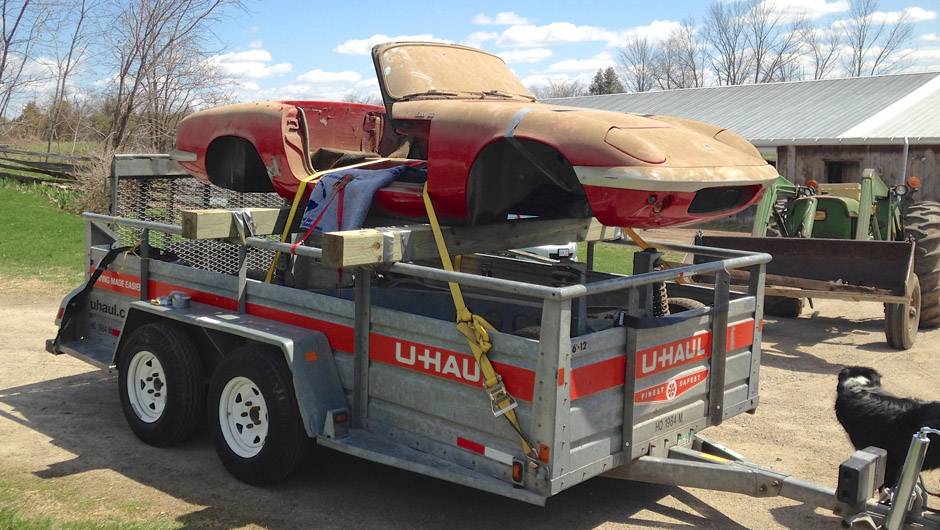 My friend Herrie ten Cate helped a friend bring home this Lotus Elan project. There’s lots of work ahead, but an Elan is worth the effort. The Elan was created by Lotus founder Colin Chapman in the early 1960s, and went on to become a timeless classic. Mazda designers used it as the inspiration for the Miata. 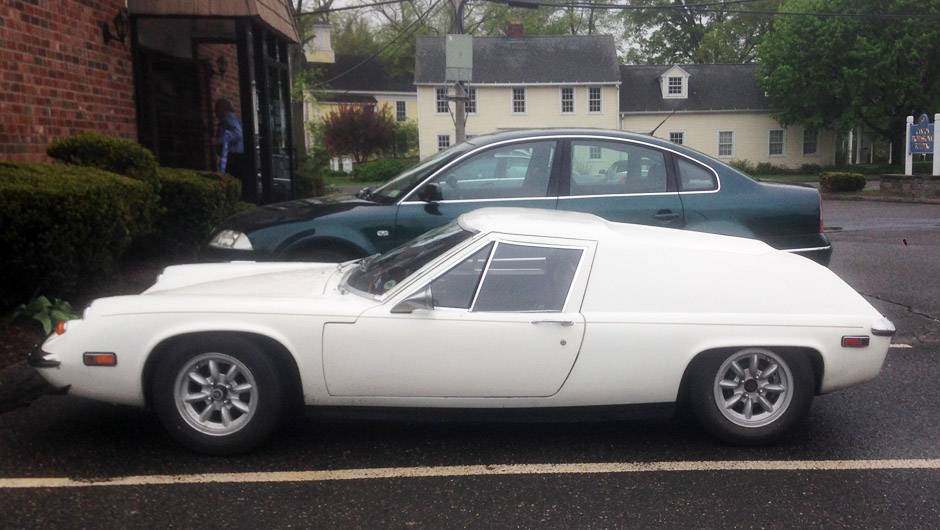 Reader David Evans sent along this picture, which was taken by his sister in Hartford, Connecticut. She thought the car was interesting, but didn’t know what it was. The answer: a Lotus Europa. The Europa was built by Lotus between 1966 and 1975. It looks a little odd now, but it was an influential design at the time. The Europa had signature Colin Chapman touches, like a mid-mounted engine, a low center of gravity, and the lightest construction this side of a balsa-wood model airplane. I always wanted a Europa – at least until I saw one disintegrate in a highway crash like a smashed teacup. Someone once said that Chapman designed a car by taking out pieces one at a time until the car collapsed under its own weight, then put the last part back in. (The new Lotuses are a lot stronger.) 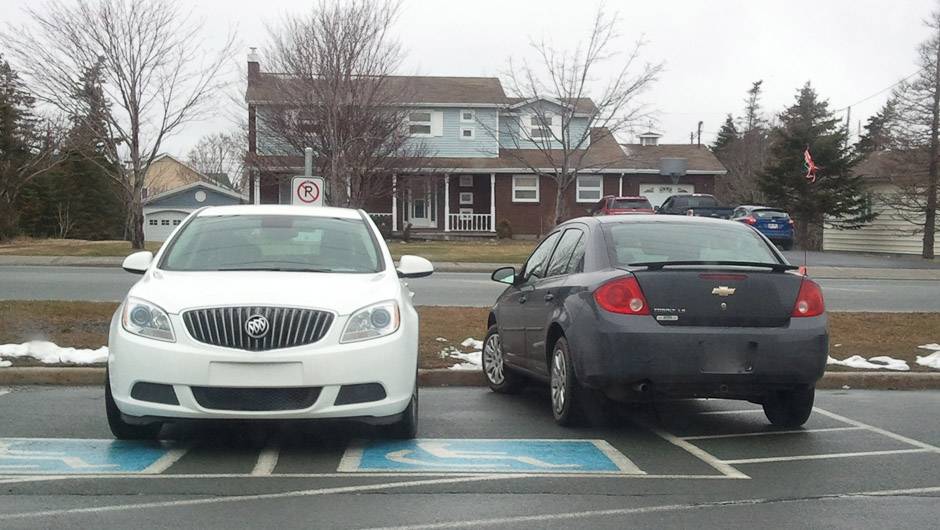 Covering All the Bad Parking Bases 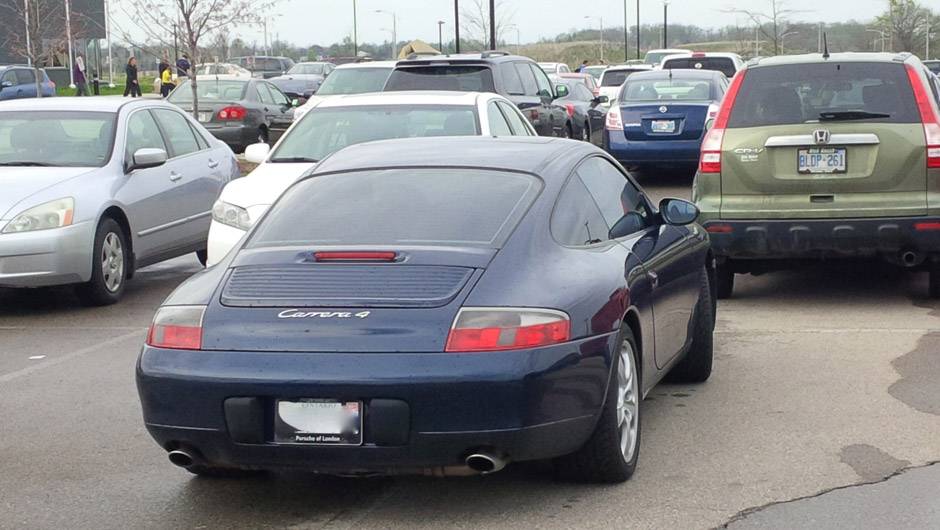 Raymond Tsui spotted this line-straddling 911 in the library parking lot in Waterloo, Ontario. “I owned a NSX, never parked liked this,” Raymond wrote. “Exotic car owners that park like this put the entire group in a bad light.” True. 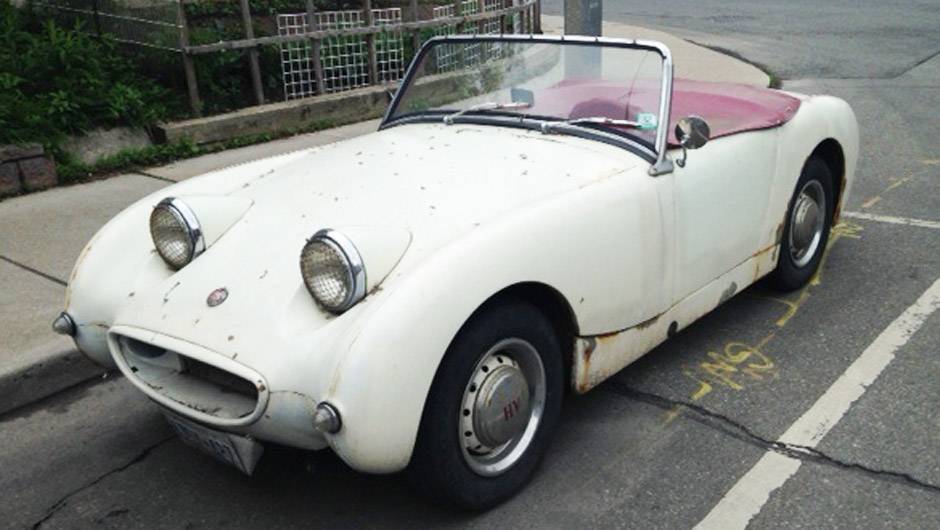 My friend Herrie spotted this well-worn Bugeye Sprite here in Toronto. I love seeing classics that are still used, and I’m pretty sure this Bugeye is the same one I wrote about a while back. 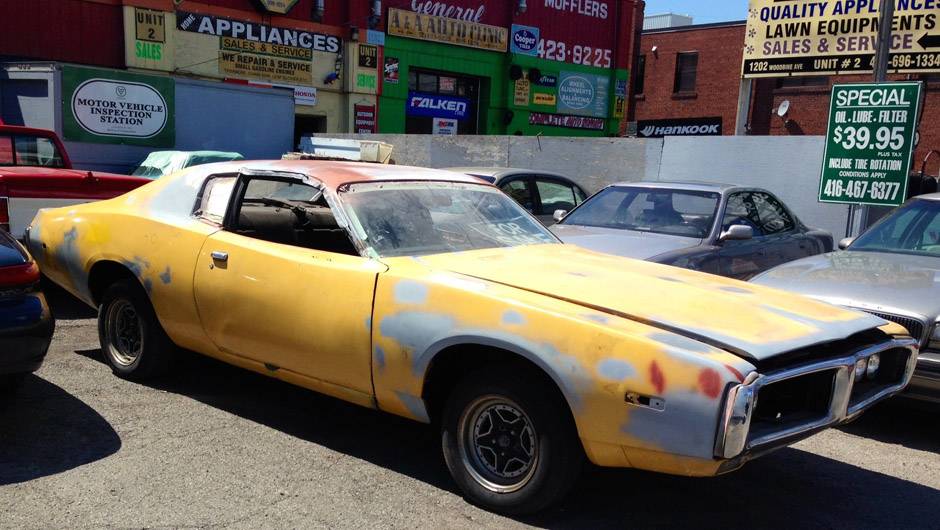 The Ghost of Burnouts Past

This old Chrysler muscle car looks like it’s been around the block a few times. Patrick Dell spotted it in Toronto’s east end. 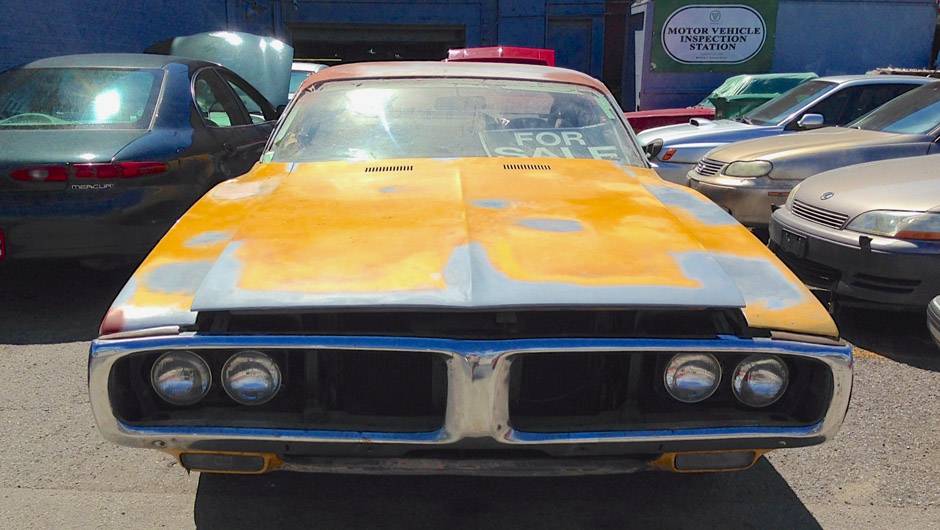 One Owner, Low Mileage, Driven Only On Sundays

Sure it’s a little rough, but there’s nothing here that a little trip to the crusher couldn’t fix. 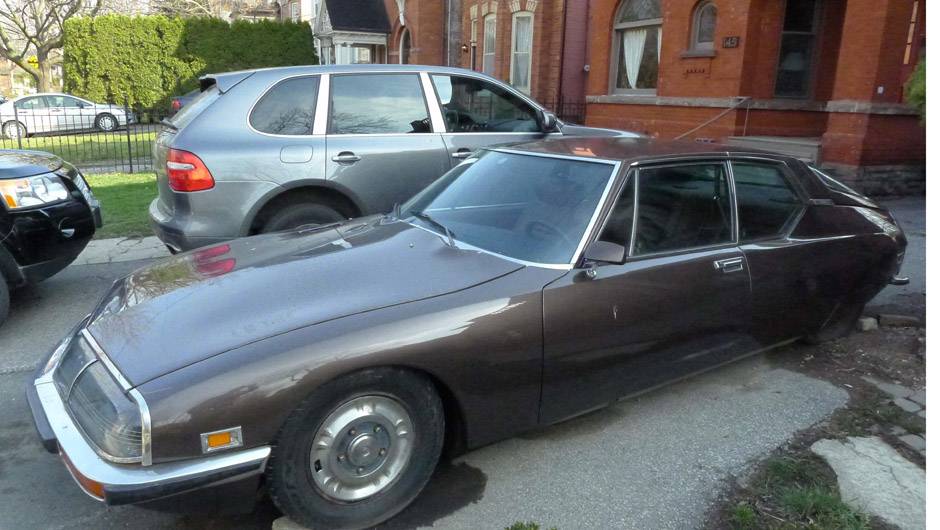 A French Vision of the Future

I spotted this Citroen SM here in downtown Toronto. Built from 1970 until 1975, the SM was ahead of its time, with aerodynamic styling, air-leveling suspension, and variable-assist power steering. It still looks cool today. 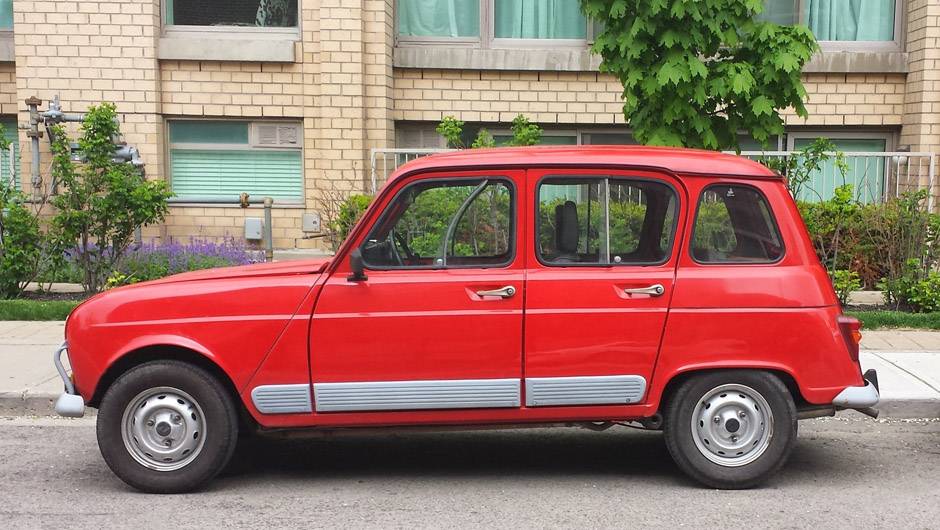 Back in the day, the Renault 4 was one of the most common cars in Europe. Here in Ontario, circa 2014, it’s unique. Katherine Scarrow spotted this one. 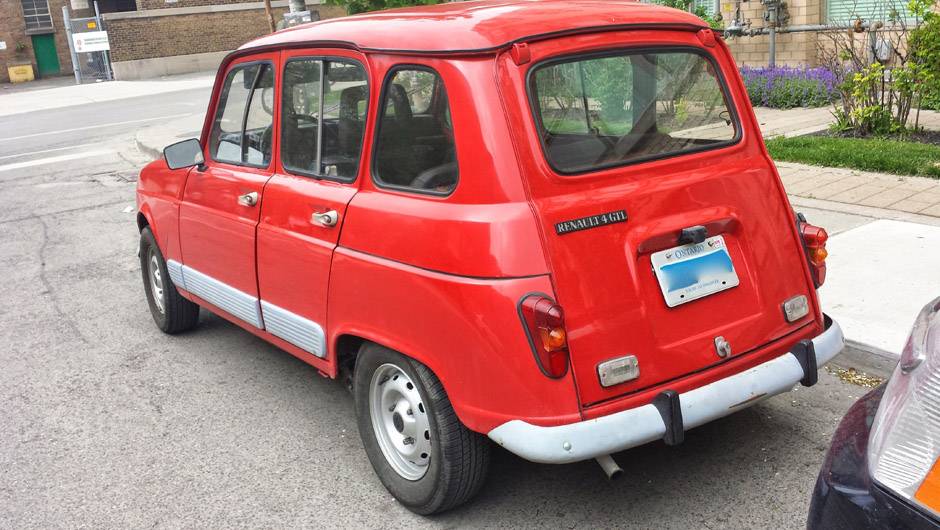 Here’s another angle on that Renault 4 (also known as the “Quatrelle.”) When I lived in Europe back in the 1970s, Quatrelles were everywhere. They were simple, cheap and functional. They were also distinctly French. 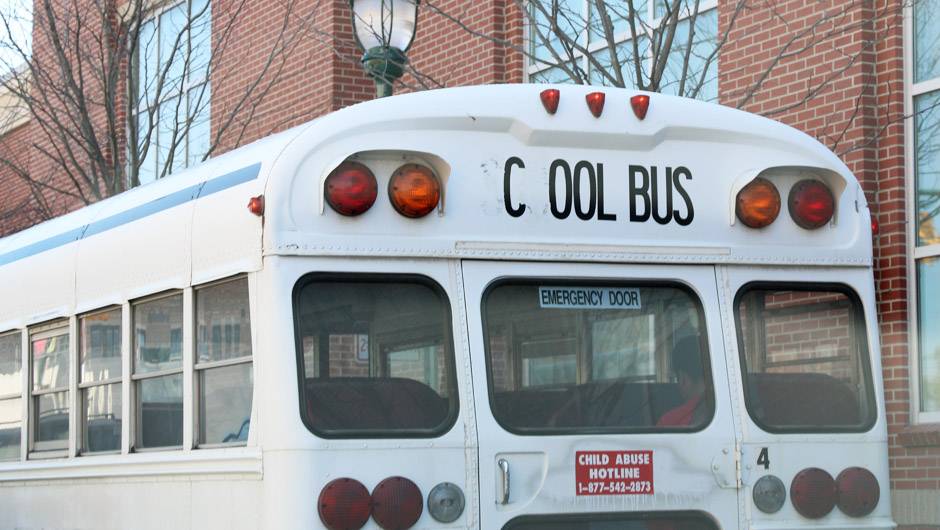 I spotted this bus on a recent trip to Chattanooga, TN. Not sure who modified the sign, but it’s pretty creative. 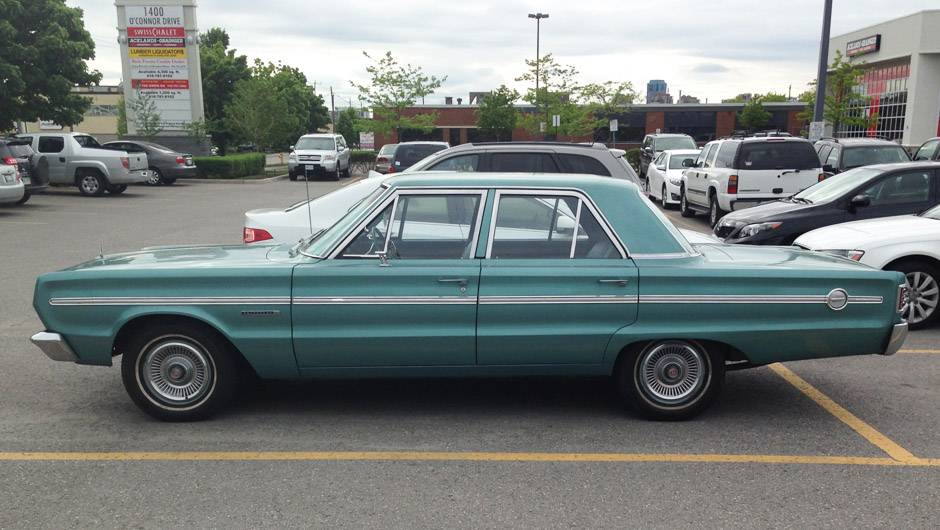 The Sixties Live On

Once upon a time, cars from Detroit had their own distinctive style. Like this Plymouth Belvedere, spotted by my friend Patrick here in Toronto. If you grew up in the sixties, these cars are part of your automotive soul. And so was their lousy handling - if you look closely, you can spot the leaf spring rear suspension. Next to a Dodge City buckboard, this is as basic as suspension gets. 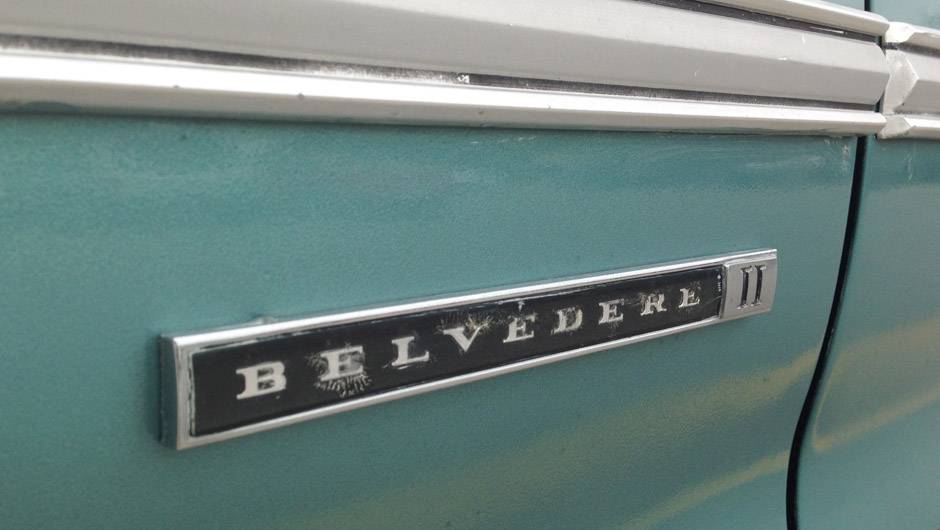 Detroit loved chrome back in the 1960s. And they also loved car names that sounded like cigarettes or fancy English addresses – “Belvedere” ticked both these boxes. 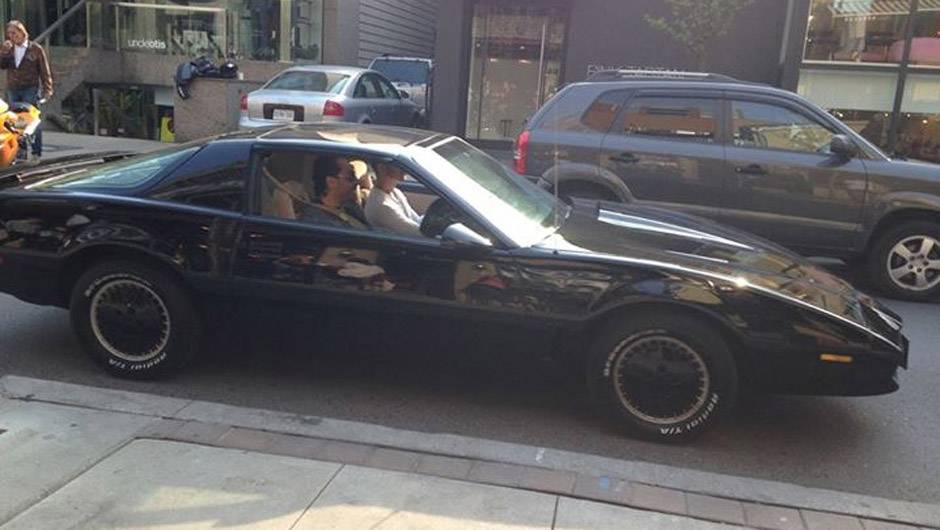 You may remember Knight Rider, a TV series that starred David Hasselhoff and a talking Pontiac Firebird with a bulletproof skin and artificial intelligence. The show is unforgettable (but maybe not for the right reasons.) Paul Hodgson spotted this Knight Rider tribute here in Toronto.