Spotted is Globe Drive writer Peter Cheney's weekly feature that takes you behind the scenes of his life as a vehicle and engineering journalist. We also highlight the best of your original photos and short video clips (10 seconds or less), which you should send with a short explanation. E-mail pcheney@globeandmail.com, find him on Twitter @cheneydrive (#spotted), or join him on Facebook (no login required). All photos by Peter Cheney unless otherwise noted. 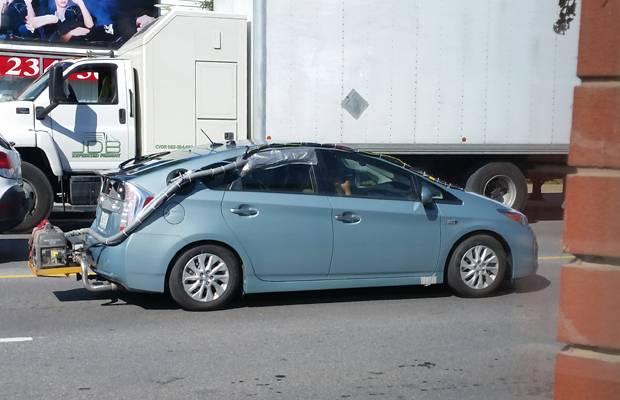 An Experiment on Wheels

Reader Trevor Boicey spotted this mad-doctor Prius in Ottawa. It’s hard to know exactly what all that gear is doing, but it looks there’s a generator mounted on the tail, plus a system that recovers energy from the exhaust. If you know anything about this car, please get in touch – we’d love to know more about it. 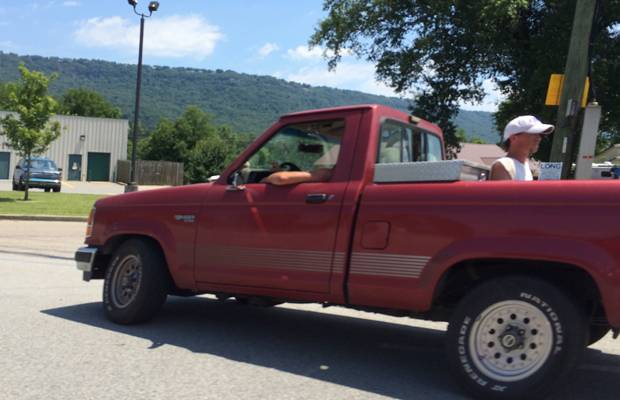 I spotted this Ford Ranger pickup in Tiftonia, Tennessee. Things are a little different down south – here in Toronto, they get upset if you let a DOG ride in the back. 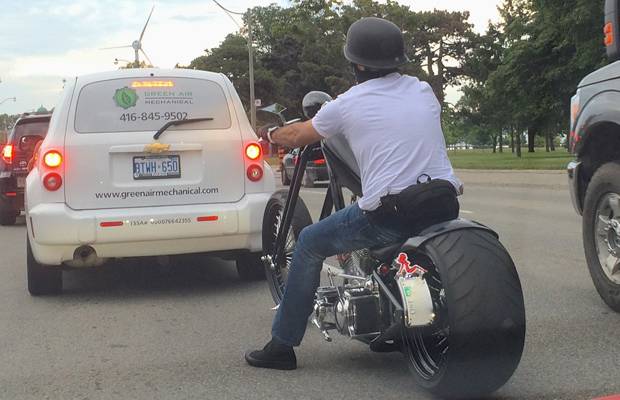 Cause of World Rubber Shortage Revealed

This blacked-out chopper rolled up next to us on Lakeshore Boulevard in Toronto. That rear tire would probably work even better on a Lamborghini. 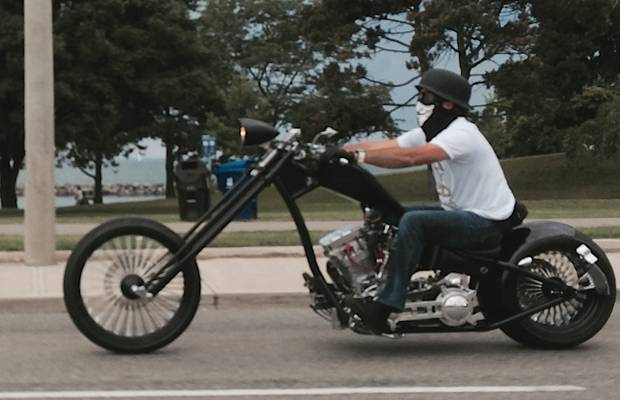 If you watched Easy Rider, you’ll know that the world of chopper style has two poles – at one end of the scale is the short, bobber-style bike (like Dennis Hopper’s.) And then there’s the stretched-out, Captain-America-style ride (like the bike that Peter Fonda rode.) This guy is obviously of the Fonda school. And the death-mask scarf adds a certain friendly ambience. 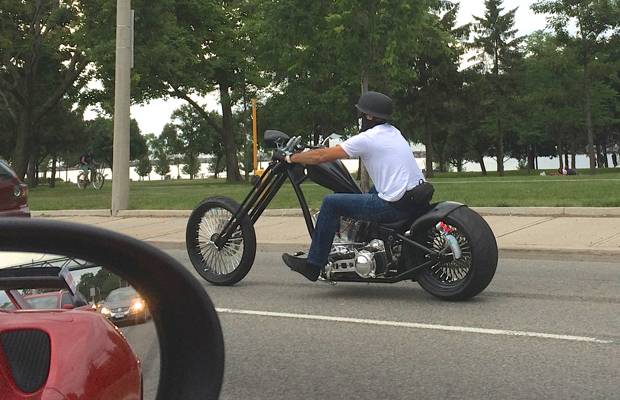 Free Chiropractor Appointment With Every Bike

The true chopper rider is willing to pay the price for style. Focusing on the stylistic glory of that super-long springer fork will help you ignore that lower back pain. (For more on the conflict between form and function, here’s a recent story.) 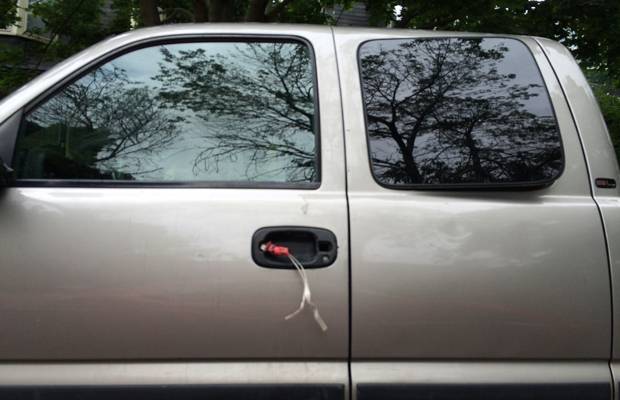 I spotted this contractor’s pickup truck near our house in Toronto. Who needs a new door handle when you’ve got some sheathing tape and coax cable? 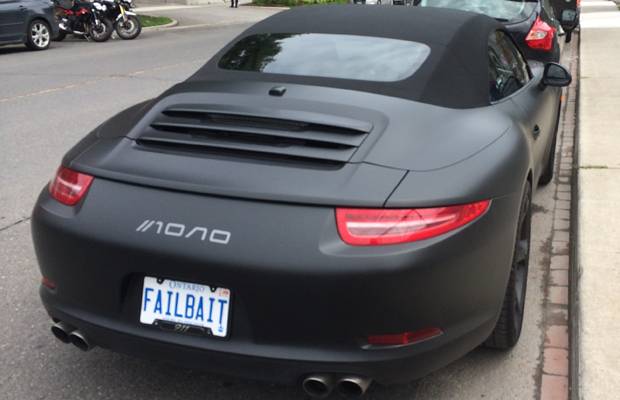 The Art of Style

This matte-black Porsche 911 was parked behind the Globe and Mail. The self-deprecating custom plate is a nice touch. 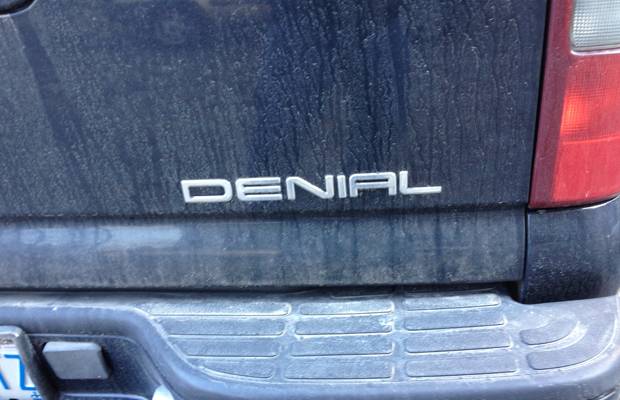 The Rolling Scrabble Board

I spotted this GMC Denali in Mississauga. It’s amazing how you can make an SUV more cool and interesting just by switching two letters around. Well done. 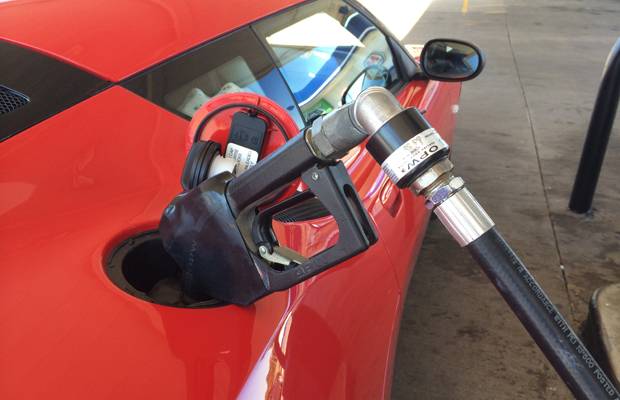 The Safety Nannies Take a Holiday

Here’s something you don’t see in Canada any more – a gas pump that locks on. This was a fill-up in Kentucky, during our summer trip. I’m not sure how much risk this actually involves, but it was nice to wash the windshield and check the tires while the pump filled up our car automatically. 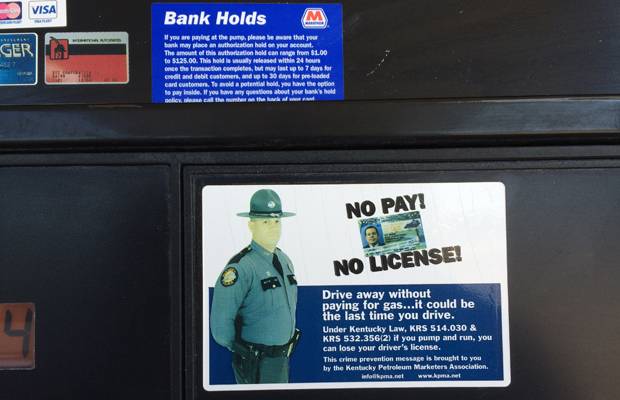 This is the pump that locking filler was connected to. They seem to take fuel theft pretty seriously down in Kentucky. 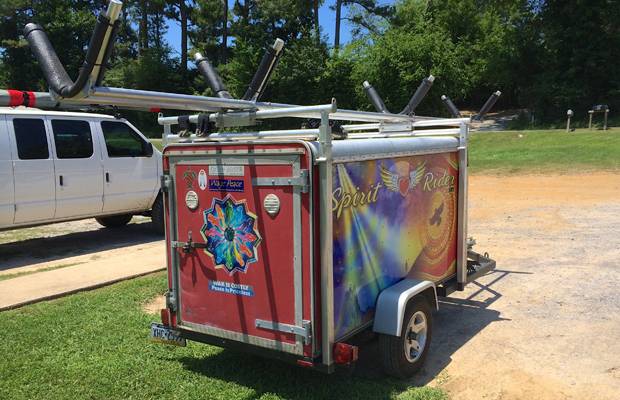 This trippy-looking trailer was parked in the landing area at Lookout Mountain Flight Park, my favorite hang gliding site. The owner crafted a glider-support truss out of muffler tubing, and airbrushed the trailer with his own, ethereal visions. 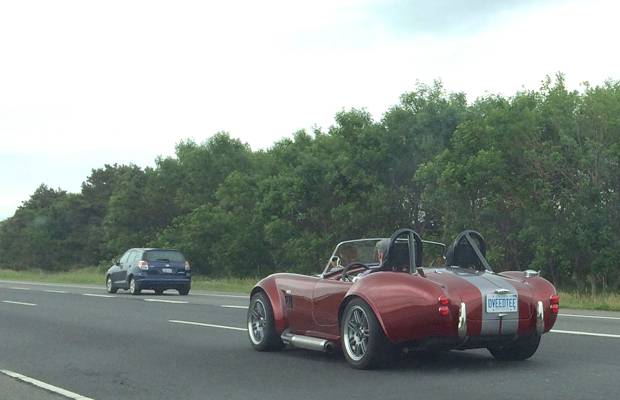 If you lived through the sixties, you’ll know the Shelby Cobra. Created by racer Carroll Shelby, the Cobra line began when Shelby stuffed an American V8 into a tiny English sports car called the AC Ace. Shelby later built his own car, and put in even bigger engines (like the Ford 427 that became synonymous with the Cobra.) I spotted this Cobra on Highway 401. It’s probably a replica (dozens of companies have offered recreation Cobras over the years), but it looked great, and it reminded me of an automotive golden age. 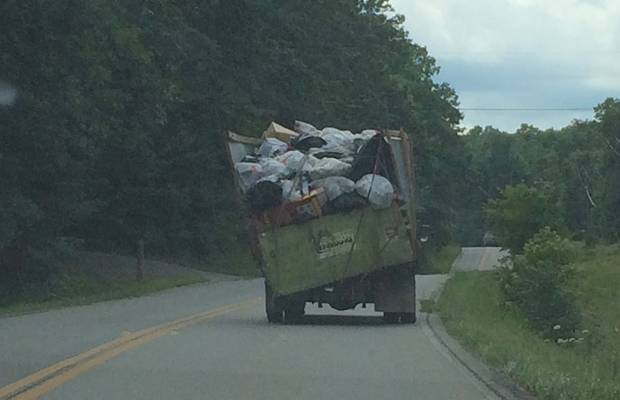 I spotted this expertly loaded truck on Route 189 in Georgia. Although I had absolute faith in the driver’s loading abilities, I hung back a little just in case.