Globe Drive's Peter Cheney is driving from San Diego, California to Whistler, B.C. in a Tesla Model S, which is powered only by electricity. This is the fifth day of his journey.

Day 5: Close call: Will the Tesla make it to the next charging station?

All charged up: Pumping electricity at the Supercharger station

Day 3: How long before we can leave gas stations behind for good? 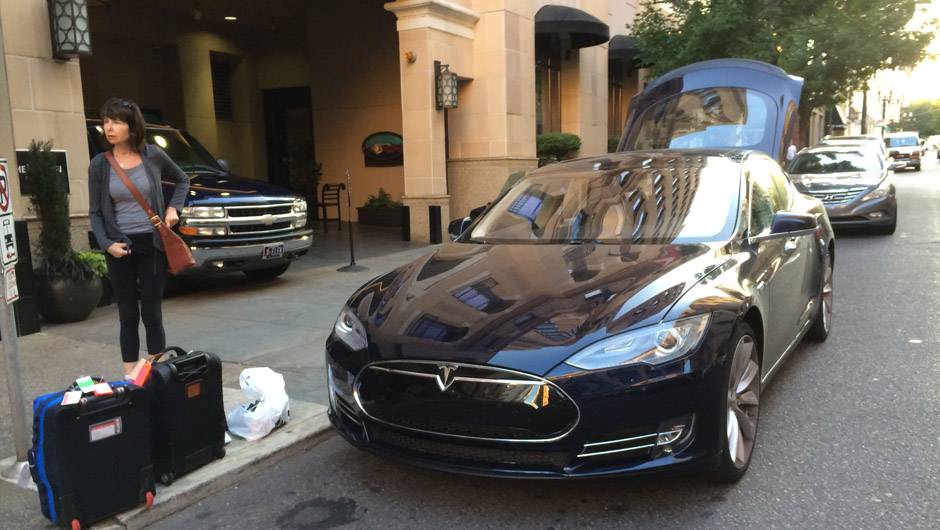 The world of today isn’t always ready for the car of the future. This was driven home when I woke up to a cruel surprise: the hotel had failed to charge my all-electric Tesla Model S.

When you drive an electric car, you watch your battery like Neil Armstrong checking the fuel gauge on the lunar lander. Charge is life. You can’t run to a gas station and bring back a can of electrons. 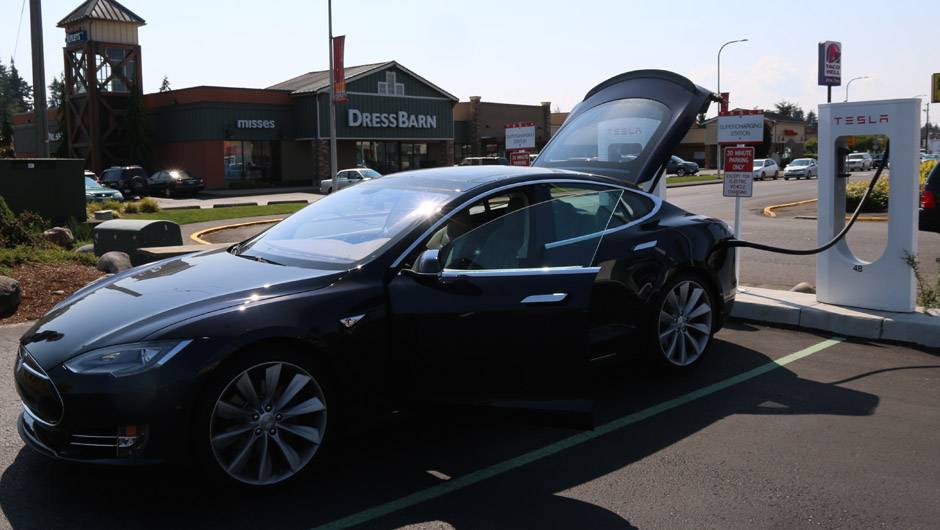 Preparation is everything. I’d arrived in Portland, Oregon with about 80 kilometres of range left in the Tesla’s battery. The next Supercharger station was 140 kilometres to the north, but I’d planned for that by calling ahead to find a hotel that could plug the car in overnight.

“No problem,” the hotel valet assured me as I checked in. These would prove to be what we refer to as Famous Last Words.

As I pulled away the next morning, I noticed that the Tesla’s range meter had barely budged. The display showed that the car had been plugged in, but for how long, I couldn’t tell. Had the Tesla been accidentally unplugged? Had the hotel’s charger failed? 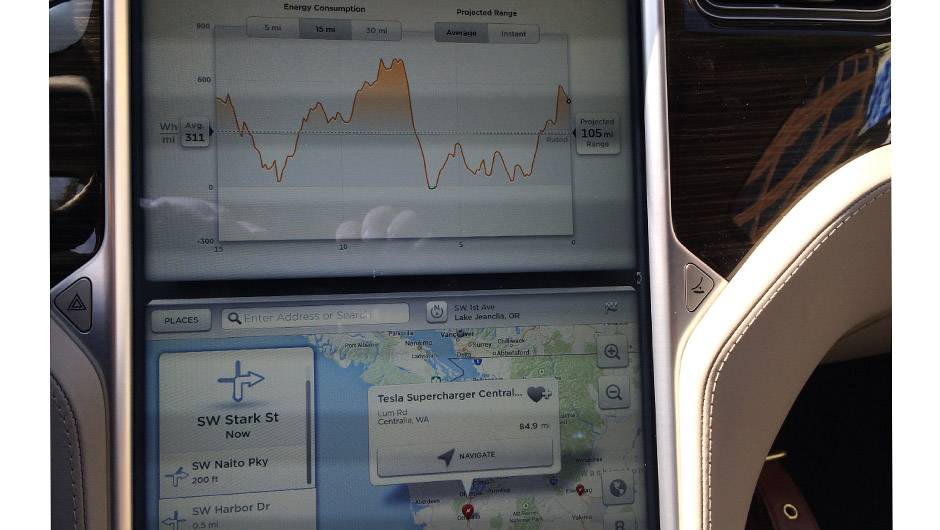 All I knew was that I’d never make it to the next charging station. I headed back to the hotel. They weren’t sure what happened, but they apologized, gave me a refund, and plugged the car in again.

Unfortunately, not all chargers are created equal. A Tesla Supercharger (like the one 140 kilometres away ) is the ultimate. After filling up at half a dozen of them on my trip from San Diego to Whistler, I have become fascinated with the Supercharger’s sheer output .

The hotel charger, unfortunately, supplied a comparative trickle - 196 volts at 79 amps (Superchargers can do several times that.) Two hours later, I had enough charge to make it to the next Supercharger. 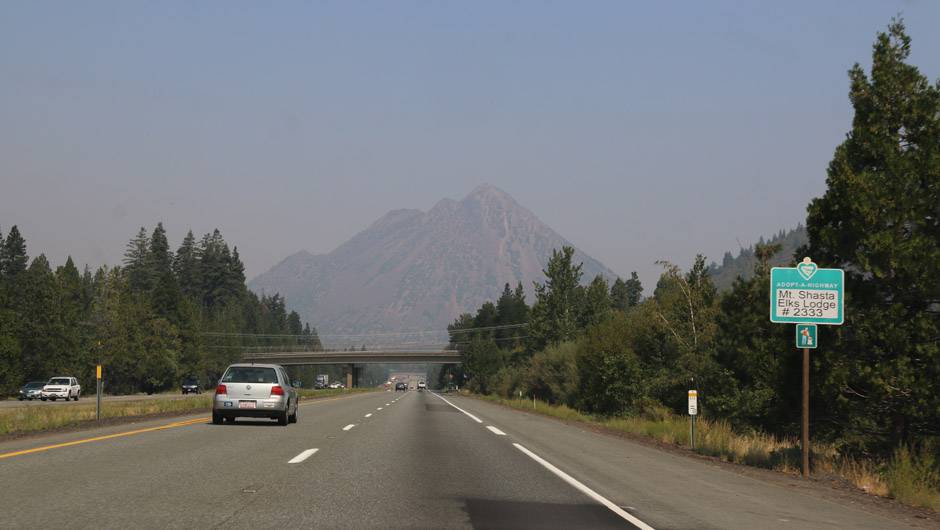 Aside from a long wait at the Canadian border, the rest of the day went smoothly. The Supercharger filled the battery in no time, and the Model S performed with its usual brilliance. Although I’ve had my doubts about electric cars in the past, the Tesla has made me a convert – I absolutely love the Model S. This isn’t just a great electric car. It’s a great car, period.

My journey in the Tesla began last week in San Diego, California. As I write this, I’m within a few hours of Squamish, B.C., the final station in the west coast Supercharger route. (I’ll charge up there for the final dash to Whistler.) The trip has made me understand the advantages of electric power – and shown me the obstacles that stand in the way of widespread adoption. 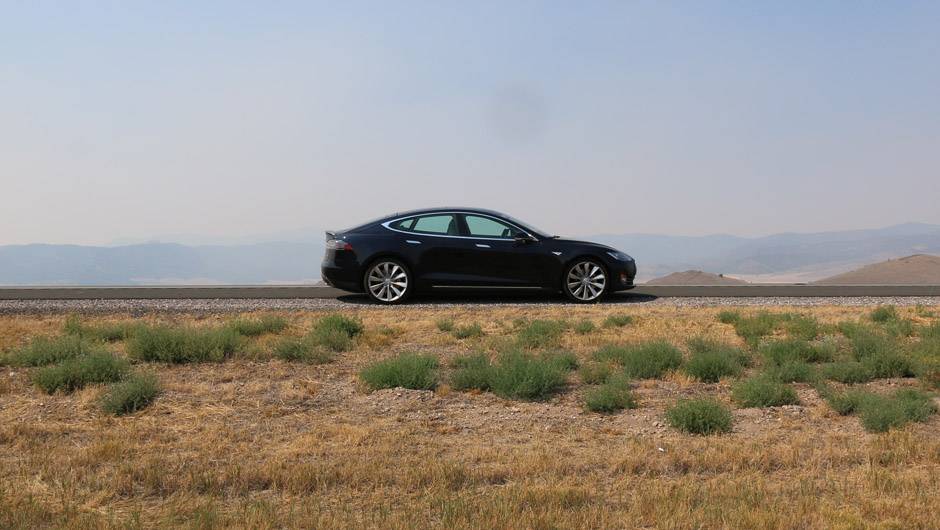 My wife and I have now travelled over 2,500 kilometres without spending a penny on fuel. (Tesla gives you a lifetime of free charging when you buy a Model S with the 85 kw/h battery.) The Model S is also as green as you get – parts of the Supercharger network are connected to a solar grid that, according to Tesla, supplies more power than its cars consume (Tesla CEO Elon Musk also owns a solar power company.) 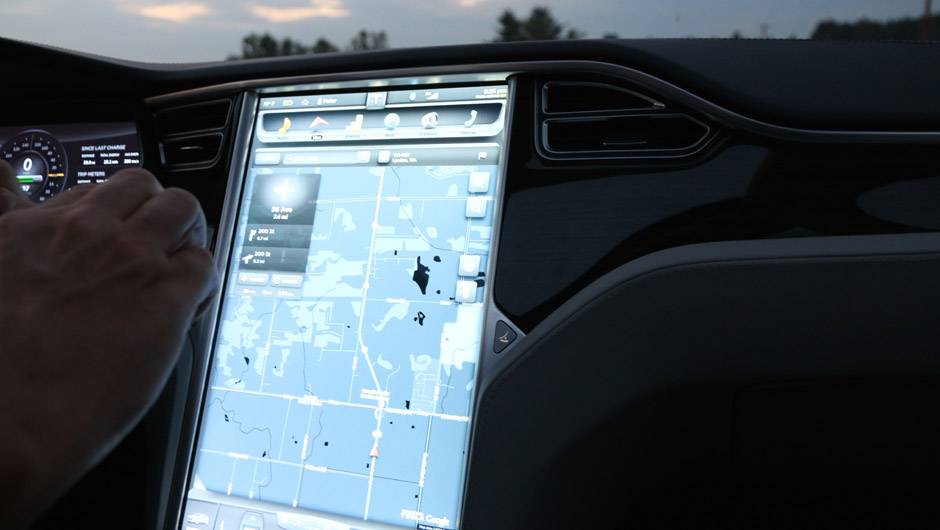 This is the first time I’ve driven an electric car on a long trip. The route has provided a comprehensive set of driving challenges – soaring mountain passes, downtown traffic, high-speed freeways, and desert plains straight out of a cowboy movie.

The Tesla has handled all of it without a hiccup. It’s fast, quiet and eerily smooth. Accelerating at full power feels like being thrust forward by an electronic tsunami. And its great to drive a car that gets its power from the sky instead of a hole drilled in the ground. 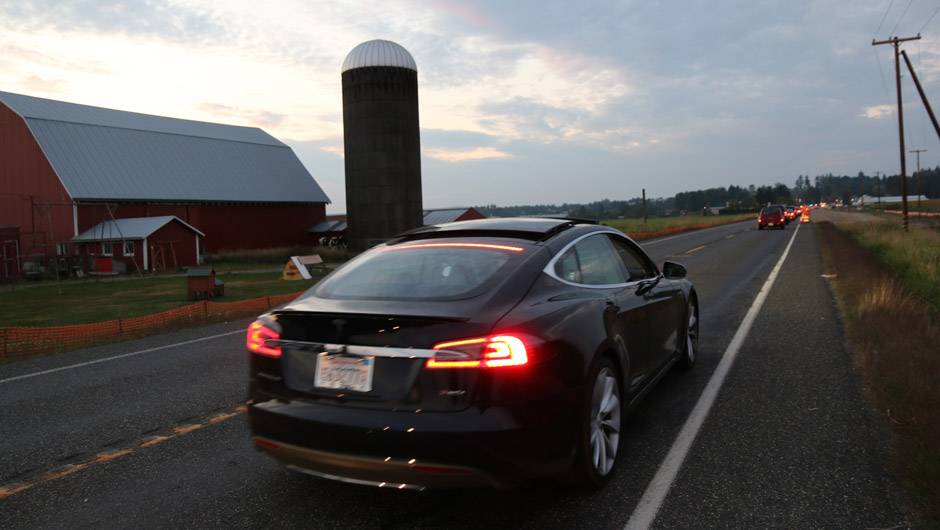 For decades, we’ve been talking about weaning ourselves off gasoline, but we’re still shipping crude oil halfway around the world in tankers. (And yes, we’re still making a lot of electrical power by strip-mining coal out of the hills of Tennessee.) But there are other, better ways to provide personal transportation. And the Tesla Model S demonstrates one way that really works.

Now it’s off to Whistler. The journey continues.