Globe Drive's Peter Cheney is driving from San Diego, California to Whistler, British Columbia in a Tesla Model S, which is powered only by electricity. He will document his journey starting with this entry. It promises to be an interesting ride.

The first stage of my journey in the Tesla Model S has shown me not just the coast of California, but what may be the future of transportation. We’ve been talking about electric cars for decades, but the Tesla Model S is the first machine that made me think that their day may actually come.

I picked up the Model S in San Diego, and headed north. First impression: the Model S is a very different machine - and I mean that in a good way. As I accelerated up to highway speed and aimed the Tesla toward Los Angeles, the only sound was the rush of the wind blowing over the car. It reminded me of flying a glider – the noise and vibration of internal combustion were gone, replaced with an intoxicating whoosh.

Although I’ve driven numerous electric cars, the Model S is a far different proposition than the others I’ve tried: it’s fast, and it’s relentlessly futuristic, as though it were designed by Steve Jobs instead of Henry Ford. 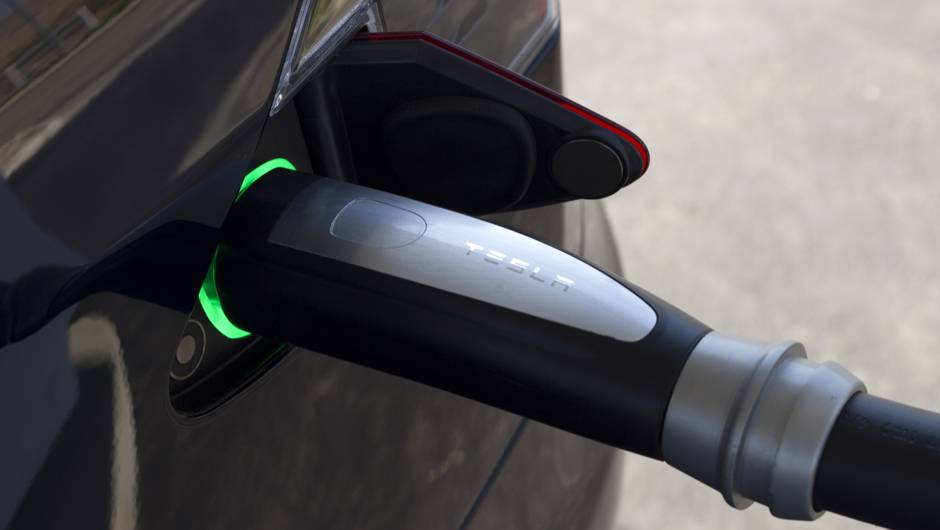 Every electric car I’ve tried before this has been crippled by extremely limited range. The Model S can do up to 450 km on a single charge. But as they say, your mileage may vary. As with gas-powered cars, the Tesla’s range is affected by everything from speed to hills to the way you accelerate and use the air conditioner. 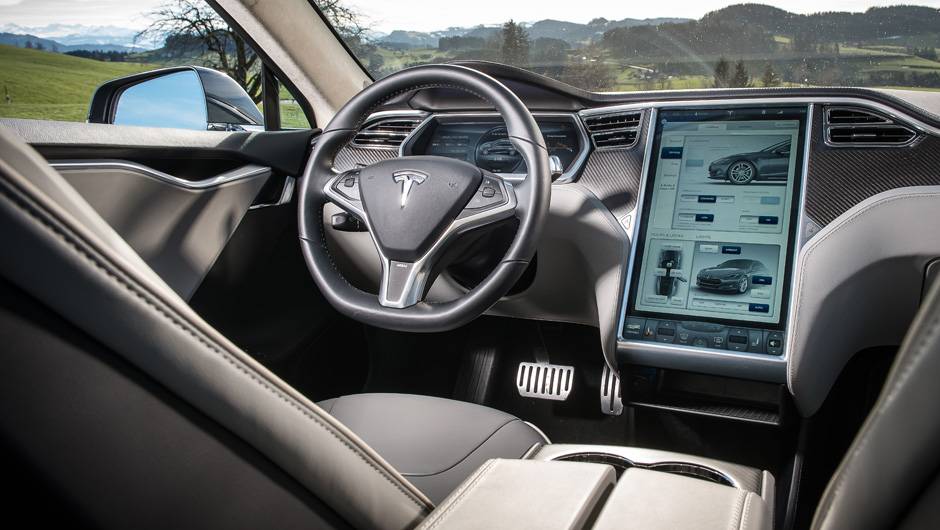 My first destination on this trip was a Tesla charge station in Hawthorne, about 190 km from San Diego. I used the Tesla’s giant display screen to track my progress, and see how much battery life I had left (the car’s software can display detailed graphs of your projected range.) It was a lot easier than I expected. 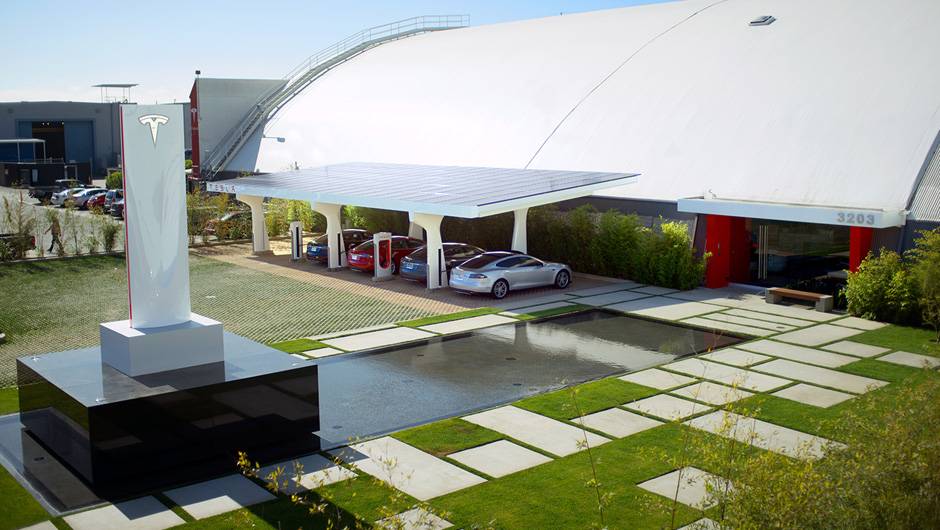 A couple of hours later, I was at the Tesla Supercharger, a futuristic, high-powered fill-up station that pumps electricity instead of gasoline. To get there, I drove through a suburban area of Los Angeles filled with car-related businesses from the post-war era – carburetor repair shops, engine over-haulers and junkyards. The Supercharger station – inside the compound of SpaceX, an aerospace company founded by Tesla CEO Elon Musk – was like a computer clean room in comparison. All white, it resembled a friendly Bond villain’s lair.

While the car charged, I waited in a lounge filled with other Tesla drivers. Most of them were using an app that connected with their car, and showed them much charge it had. (I have now downloaded it, and will get it up and running shortly so I can monitor the car from wherever I am.)

I have more than 2,400 kilometres ahead of me on this trip, which will take me all the way to Whistler, B.C. on nothing but electricity. There’s a lot to learn. As I write this, the Model S is probably fully charged (I plugged it in 45 minutes ago.) Next time, I’ll have the app.

Powering up the Tesla Model S.

Two hotel nights were provided to the writer, courtesy of Visit California. The tourism commission neither reviewed nor approved the text prior to publication.