First they conquered smartphones, now Apple and Google want to horn in on the software that runs cars. Their forays started in earnest in 2016, but the two technology giants are stepping on the figurative gas with their efforts this year.

Both Apple and Google are now incorporating CarPlay and Android Auto, the software systems that respectively replicate iPhone and Android device interfaces on dashboards, into vehicles from every major car manufacturer.

More than 200 models from 2016 and 2017 either already support each system or will later this year, with many offering both. Aftermarket stereo makers including Pioneer, Kenwood and Sony are also incorporating CarPlay and Android Auto into their products.

The partnerships with the tech companies are uncharacteristic for auto makers, who have traditionally kept their software development and innovation in-house. Consumer demand and technology usage trends, however, are forcing them to open up to the Silicon Valley giants.

"People want to be able to run the same apps they have on their smartphones," says Werner Goertz, personal technologies research director at analysis firm Gartner. "Auto makers are wise not to ignore that."

CarPlay and Android Auto diffusion is expected to spread quickly as a result. Gartner estimates CarPlay will be in 37 million vehicles by 2020, while Android Auto will be in 40 million. Many vehicles, such as the 2017 Audi A7 and the 2017 Ford Explorer, for example, will have the capability to accommodate both.

In each case, Apple and Google are engineering simplified versions of their phone operating systems to work with the specialized controls found in different car models.

While the in-vehicle interfaces usually look and feel like iOS or Android displays, apps are controlled using dashboard or steering-wheel knobs and buttons, as well as the main console touch-screens or touch-pads.

Drivers and passengers can thus easily play music through the Spotify app or check the five-day forecast in The Weather Network app, for example, without having to touch or even look at their phones.

So far, most cars have required users to connect their devices with cables, but both CarPlay and Android Auto are increasingly going wireless.

Just as on phones, the competing systems also boast different advantages over one another. Apple is offering Siri voice control of various functions, including music apps and message reading and sending, while Android is delivering better navigation through Google Maps.

Google also plans to add voice control to Android Auto this year through its Google Assistant, which is found on its phones and Home speakers. The company is looking for deeper voice control integration, however, by extending it to functions such as starting the car and locking the doors.

Hyundai showed off some of these advanced features at the Consumer Electronics Show in Las Vegas last January. Users will be able to tell their Android phone, for example, to start their Santa Fe or Sonata and set the interior to a certain temperature while they're still inside their home.

Both Apple and Google are expected to announce further CarPlay and Android Auto features at their coming developer conferences in San Francisco, happening in June and May, respectively.

For the car makers, joining with the tech companies is a case of if-you-can't-beat-them-join-them.

"It comes down to where the expertise is," says Carole Wilson, marketing manager for Lincoln. "It's also about not creating something that doesn't work with everything. Where partnerships make sense, we look at them."

Car makers' willingness to team with Apple and Google doesn't necessarily mean they're ceding full future control of the software functions to the tech giants. Many are still working with app makers themselves to incorporate the services that consumers want more directly, which can yield several benefits.

Direct deals would mean that manufacturers, and not the tech companies, can control which apps work in their vehicles. With CarPlay and Android Auto, Apple and Google control the pipeline by deciding which apps are allowed.

Car companies can also get better access to the data generated by users through working with app makers directly. With data being the all-valuable resource of the Internet era, it's a currency many manufacturers would rather not cede to Apple and Google as cars becoming increasingly connected.

"Car makers are employing an all-of-the-above strategy," Mr. Goertz says. As far as final software strategies go, "they haven't made up their minds yet." 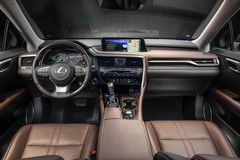 With increased computerization comes growing fear of hacking into cars
March 16, 2017
Today’s bells and whistles can shock even the most tech-savvy motorists
March 14, 2017
Follow Peter Nowak on Twitter @peternowak
Report an error Editorial code of conduct
Due to technical reasons, we have temporarily removed commenting from our articles. We hope to have this fixed soon. Thank you for your patience. If you are looking to give feedback on our new site, please send it along to feedback@globeandmail.com. If you want to write a letter to the editor, please forward to letters@globeandmail.com.
Comments