The Teatro for Dayz, the Mighty Deck, the Wander Stand, Kirbo and the Air Trisar: These are but a wee sample of the fantastical concepts unveiled at this year’s Tokyo Motor Show. 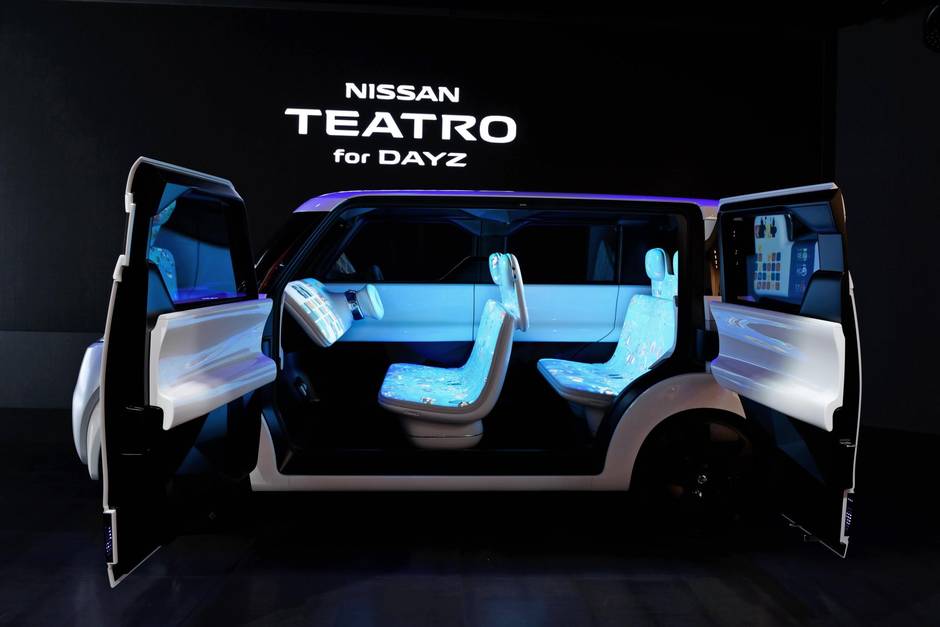 Welcome, to the Home of the Bonkers; Land of the Freaky.

In photos: The wackiest concept cars at the Tokyo Motor Show

You will laugh at some of the dorky concepts, but remember they represent more than just the perils of Japanese-English translation; these things are what big car companies think you want – or rather, what someone younger than you wants.

The Mighty Deck, for example, is a super-cute pickup truck from Suzuki with wood decking and bright yellow paint. It’s also a bad pun. But it wouldn’t look out of place parked in front of a third-wave independent coffee shop. 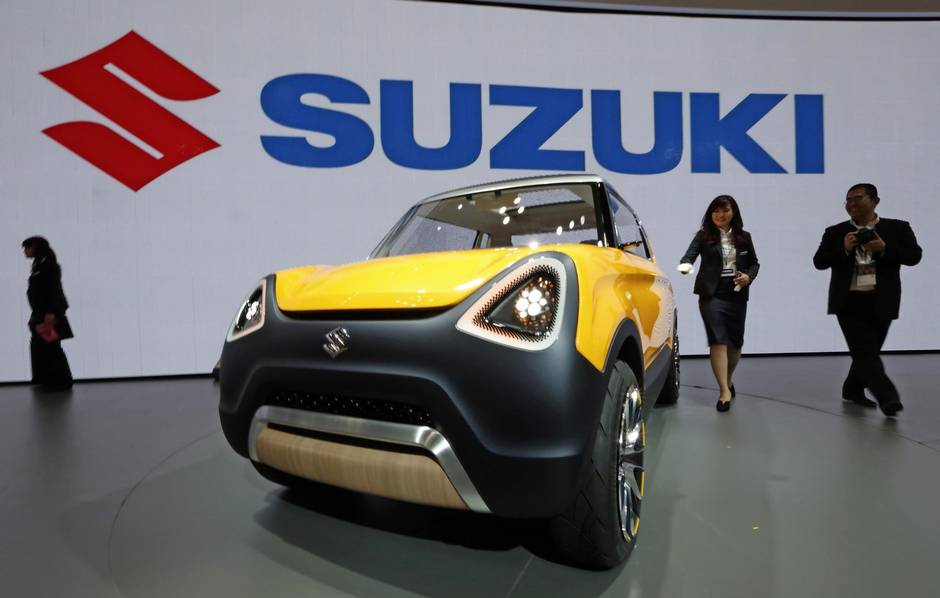 The Teatro for Dayz is from Nissan. The interior of this light-up cube van is a screen – because everybody knows kids love screens. The name works like this: Teatro means theatre. “For Dayz” is used in the “dude’s got beard for days!” sense. The idea is that the car will provide a gaggle of “share natives” – Nissan’s phrase – endless entertainment while taking them to and fro.

“What share natives want from cars is not the joy of driving or their own private space, but a better way to connect with friends and share experiences,” says Hidemi Sasaki, Nissan’s product planning general manager.

Mazda’s RX-Vision concept disagrees. It’s all about the joy of driving. Meant as a pure sports car, it gives hope and meaning to the lives of diehard rotary engine fans everywhere. The challenge, says Mazda, is getting these engines to meet emissions standards. But frankly, the RX-Vision is so gorgeous it could have a toaster for a motor and Mazda would still have buyers lined up around the block.

Similarly, the Toyota S-FR concept is here because someone at Toyota thinks young-ish people still want driving to be fun. With a front engine layout, rear-wheel drive and six-speed manual gearbox it’s aimed at gearheads on a budget. It’s not clear where it could slot into Toyota’s lineup: below the $27,490 Scion FR-S, or maybe as a rival to the $31,900 Mazda MX-5? 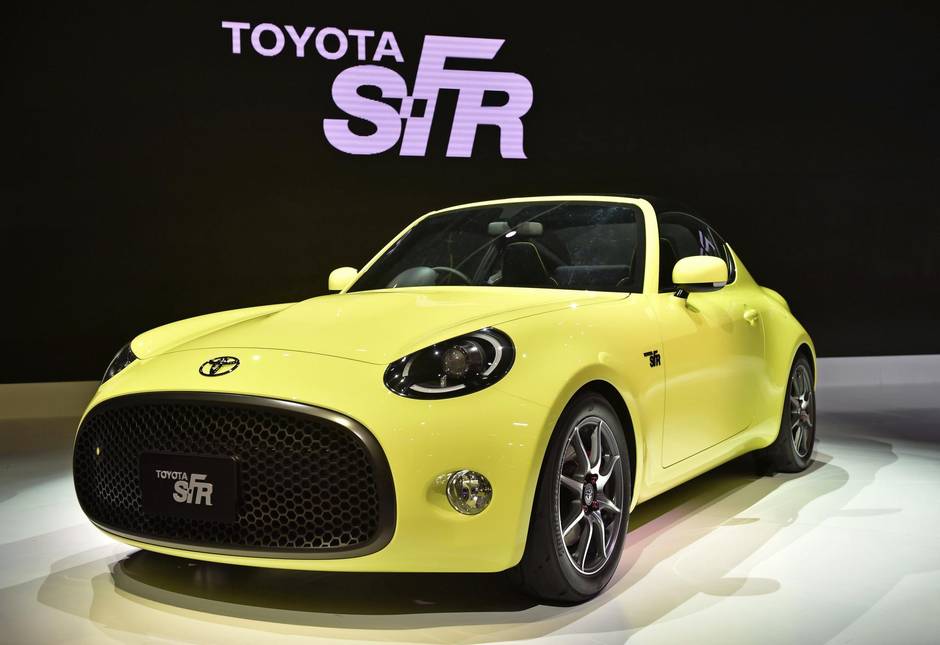 Toyota also showed off a robot called Kirobo Mini, a cupholder-sized driving companion. So adorable, but we’ve got no idea what it does, other than stare at you with the big googly eyes of a Teddy bear. 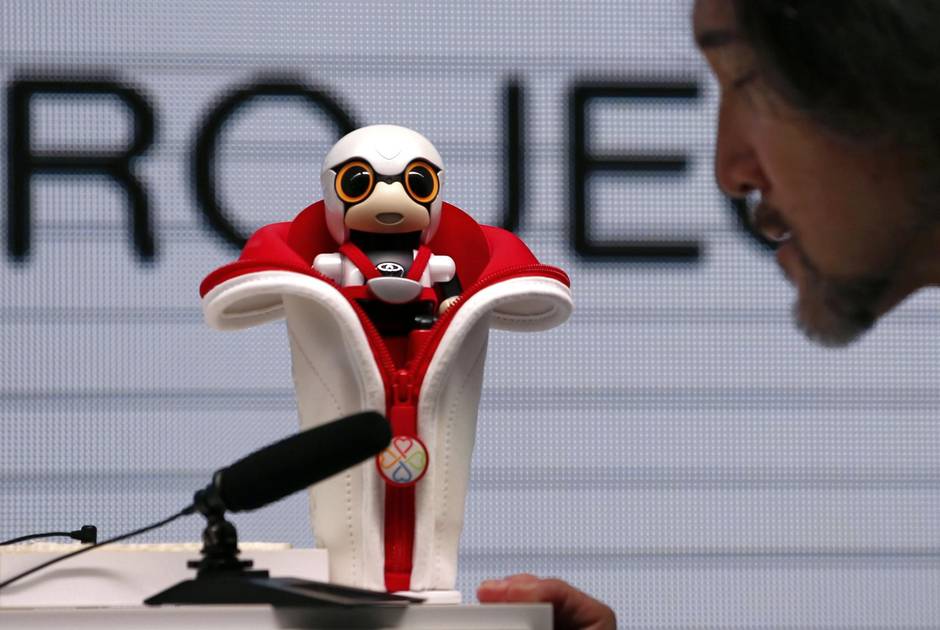 Honda came up with a concept – I hesitate to call it a car, although it has four wheels – named the Wander Stand. It’s an autonomous upright door-less pod, intended as personal urban transportation.

“My goal is – do you remember Knight 2000, from Knight Rider. This is my Knight Rider,” said Takehiro Miyoshi, senior designer of future product creation at Honda, and the person behind the Wander Stand.

“This is like our Google Car. In Japan, people are not really driving cars and the younger generation especially thinks it’s not necessary,” said Miyoshi. “But they do want Apple or Google to produce a car-like device, or tool, almost like a buddy.

“This type of mobility is so different from current products – Civic or Accord – so we’re releasing it here to get feedback from the market.”

Mercedes-Benz is thinking along similar lines with its Vision Tokyo Concept. It’s an autonomous minivan with an interior that looks like a waterless Jacuzzi. 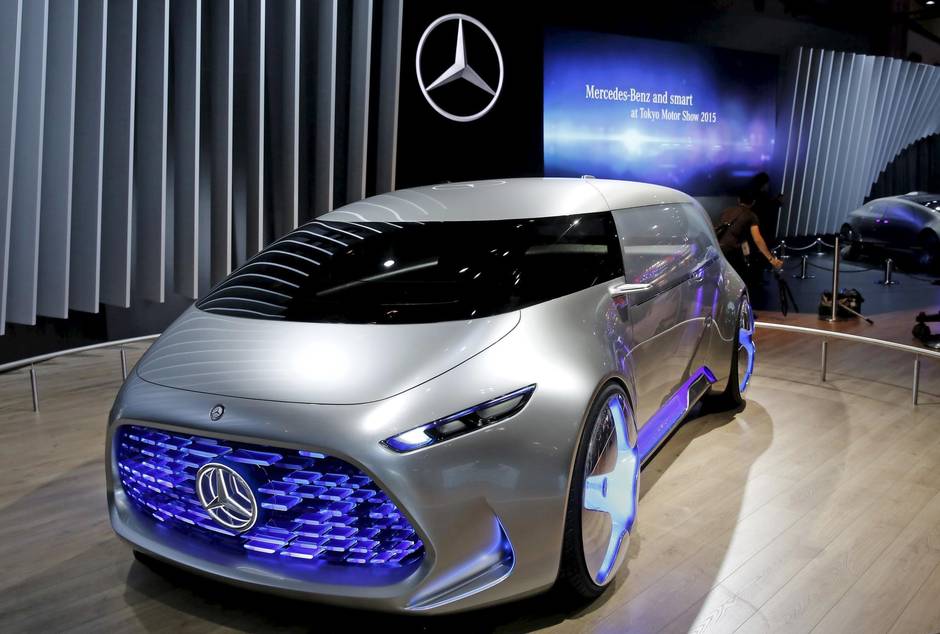 “The Vision Tokyo is a homage to the urban Generation Z, the cohort of people born since 1995 who have grown up with the new media,” the company said in a press release. “The role of the vehicle has changed for this global generation: it is no longer simply a means of getting around, but a digital, automobile companion.”

Like the Teatro for Dayz, the Mercedes concept features a huge wraparound screen. Kids and screens, y’know? At least everybody agrees on that.

There were other concepts too: a hideous car with airbags on the outside, a buggy from Toyota that looked like a half-finished lunar rover and Suzuki’s take on a modern VW bus. 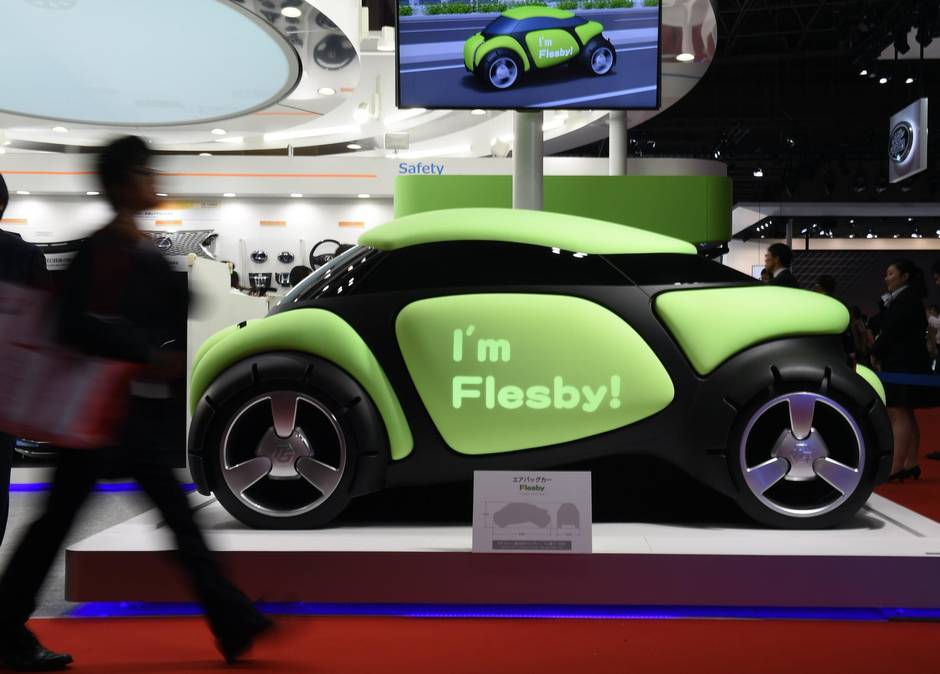 What goes unsaid at auto shows is that auto makers seem afraid of the future, of a next-generation that doesn’t want a car, and of cities too crowded in which to use them. If you work at the Tokyo office of a major car company, chances are you don’t take a car to work. You ride the train. Auto makers should be afraid of that.

And if it seems big companies are throwing everything at the wall to see what sticks – well, that’s exactly why they build these wild concepts.

But the Tokyo Motor Show did shine a light on a few trends.

The first, most obviously, is that it’s painfully awkward to hear car companies talk about What Kids Wants. Share-natives and urban Gen-Z and endless screens and buddies – it’s all cringe-worthy, like a weird old relative insisting on being at the kids table.

The second, is that auto makers aren’t thinking about getting people from A to B but rather giving them a device, a personal assistant, a buddy, something we’ll want to have with us to make life better and easier. In some cases, this takes the form of a sports car (as with Toyota and Mazda) other times it takes the form of a wardrobe on wheels (Honda) or a mobile lounge (Suzuki and Mercedes). Autonomous driving and/or alternative powertrains are a part of the package.

The Toyko Motor Show will make you laugh and cringe but it’s the best place to go to catch a glimpse of a strange future.