And so another Geneva auto show opens to the public after two press preview days. I walked the seven halls of the Palexpo exhibition centre for both those days and can now share my thoughts on the ugly, the bad and the good.

Rolls-Royce Wraith. In a word, this coupe version of the Ghost sedan is tasteless. In two words: utterly tasteless. What we have here is a big block of a two-door car. Overwrought and overdone. From my perspective it should be over and out for this one. The Wraith is a car for the sadly insecure rich man who is desperate to compensate for serious inadequacies in other parts of his life.

Who would buy such a car? The answer was shown in a high-definition video looping on Rolls' stand. The video depicts a stunningly attractive women enthralled by a scruffy-looking man as he climbs into the Wraith and drives away, completely oblivious to her imploring looks of anguish. He leaves her at the curbside without so much as acknowledging her presence. She is shocked and she should be. He might at least have given her a wave as he roared off.

Opel Cascada. General Motors' Opel and Vauxhall brands are lost. Truly lost. GM's Opel subsidiary has not made a nickel for years and years. It has, in fact, bled billions over the past decade. Going into the Geneva show we were told to expect more exciting news about future Opel products. The Cascada is a hardtop convertible and it's not very exciting at all. Like all of its ilk, the Cascada has big cutlines around its big rear end – both of which are necessary, apparently, to allow for the hardtop roof to fold away. Convertibles with big bums are not terribly appealing.

Ferrari LaFerrari: Yes, yes, we've been told that the F150 hybrid was sold out before it even had its global debut here in Geneva. So what? So what if 499 fat cats are willing to spend a million or so euros on a 900-horsepower sports car with V-12 AND an electric motor? This Enzo replacement just looks…off. It's not well-balanced and it lacks good proportions. It is as if the designers tried too hard. Less is often more, but this is a lesson super car makers cannot seem to embrace these days.

Qoros 3: This compact sedan is not quite good enough to compete in a sophisticated car market like Europe's. The styling is unoriginal and not all the details look ready for prime time. Maybe the production model destined for European and Chinese showrooms will be just a little better.

Opel Adam Rocks: Here we have an Opel concept car that should become a production model, one aimed to compete against the Fiat 500C convertible. The Adam hatchback on which it is based is a winner, too. But minicars from high-cost Germany are not going to save Opel from losing billions more before the latest restructuring gets to work fixing Opel's money-losing ways.

Alfa Romeo 4C: This rear-drive coupe seats two and is delicious. We are led to believe that Alfa, Fiat's sporty brand, is coming to North America this year and this coupe will be in the vanguard of invasion. Alas, reports say it will be priced at more than $80,000.

Corvette Stingray convertible: Some purists may not like it, arguing that the last great Stingray was the 1963 model. Those how cannot bring themselves to admire the greatness of this Stingray ragtop are old guys with white hair, missing teeth and they show up at Corvette club meetings in tie-dyed T-shirts. Those are not my sentiments, by the way. They are those of a top designer I bumped into at the Chevy stand in Geneva. Harsh? A little. But you get the point. It's time to move on, to make a 'Vette for a younger audience, one living and thriving in the 21st century. Love this car.

Volkswagen Golf GTI: VW is adding market share in Europe and making money around the world. This is a good example of why. The next GTI, which we won't get in Canada until next year, is wonderfully well proportioned and promises to deliver sophisticated driving manners. Can't wait to get behind the wheel.

BMW 3-Series GT: Slick. That's what comes to mind here. Based on the 3-Series Touring station wagon, the GT has a tall seating position and an active rear spoiler. Nicely done and due in showrooms this June.

Bentley Flying Spur: VW's ultra-luxury brand is about to introduce a new, second-generation version of the Flying Spur. Low and wide, the Flying Spur looks muscular and bold. The twin-turbo W-12 engine is rated at more than 600 horsepower which should be more than enough to get this four-door monster moving. 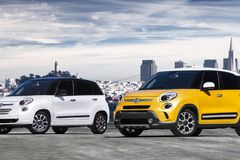 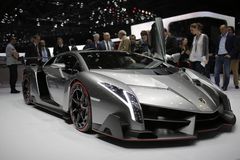 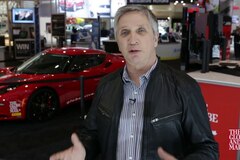 Why do men still dominate in the car industry?
February 18, 2013 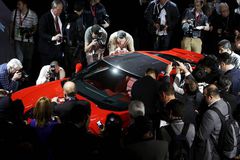