The Citroën DS stand on the Paris Motor Show floor is a maze of darkly lit rooms. Walk through a curtain of metal beads, and there’s a lime-green sports car sitting on a plinth in a black room with mirrored walls. Unlike everywhere else at the show, this room is quiet. It could be an elaborate installation-art piece. 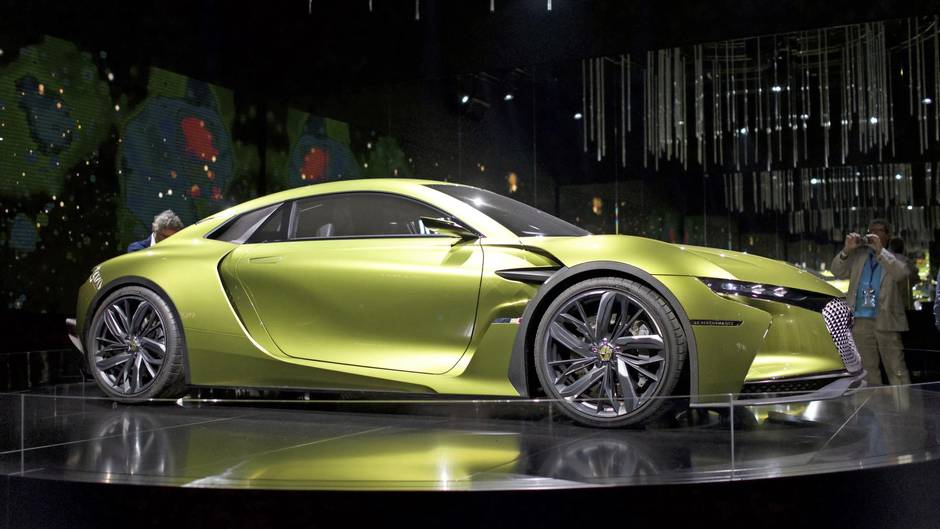 Elsewhere is a man in an apron with a sewing machine and swatches of quilted leather, green linen and a silver-pink fabric. Walk into another room and there are clay models of Citroën’s most iconic cars: the DS and the SM. An off-white 1955 DS is raised in the air, nose-up, as if it’s flying. Citroën is weird and proud. 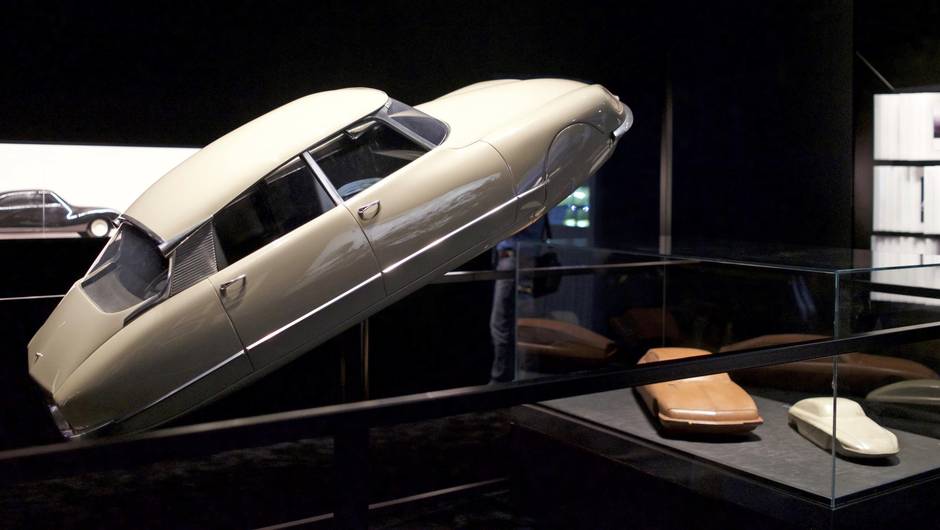 Earlier this year, Groupe PSA – which includes French auto makers Peugeot, Citroën and DS, which has been spun off into its own brand – quietly announced a plan to return to the North American market. The news was buried on Page 31 of a slide deck about company strategy.

Which of these French cars will come to Canada, and when? It’s more complicated than that.

Groupe PSA chief executive Carlos Tavares and the workers’ unions have seen the company through a difficult restructuring, bringing it back from the brink of collapse. At a standing-room only round-table interview at the Paris Motor Show, Tavares sounded rightly proud of the turnaround.

“All the economics objectives have been achieved, far ahead of the schedule we had announced,” he said. “We can all consider – around this table now – that PSA Group is in good shape, sound condition, profitable.” 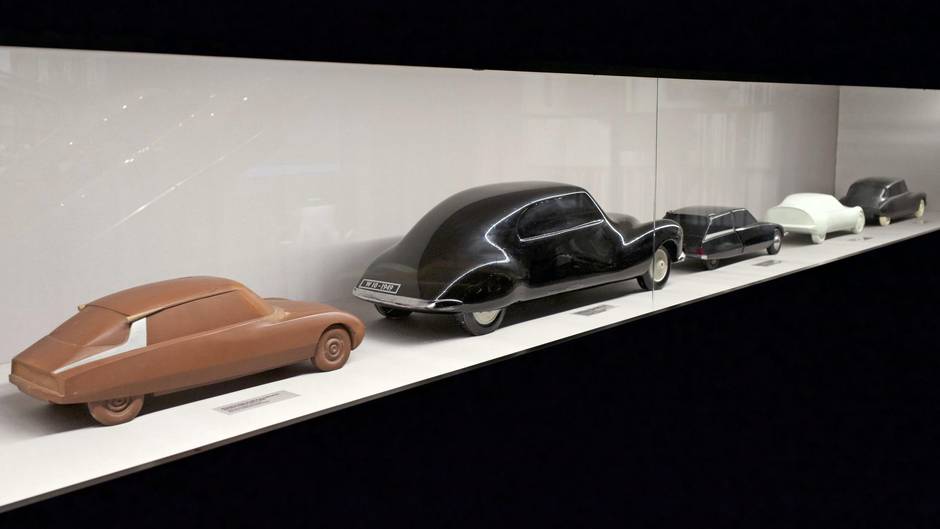 Toy cars of popular Peugeot and Citroën models are lined up at the companies booth for the 2016 Paris Motor Show.

Tavares thinks PSA can once again look to the future, and that means looking to North America.

The plan to re-enter North America calls first for partnering to offer car-sharing services as early as 2017. After that, PSA will roll out some of its own cars into those services. And then, finally, PSA will sell cars in North America. Tavares called it a 10-year plan.

“If we say 10 years, and take the risk of facing criticism for that length, it’s because we recognize that the North American market is very specific in terms of business practices, in terms of customer expectations, in terms of differences between the states, in terms of distribution models.”

The day before the Paris Motor Show, PSA announced a large investment in Communauto, a Quebec-based car-sharing service operating in seven Canadian cities. The first step of Tavares’s plan is well under way.

Which PSA brands will eventually have cars on sale in North America? Tavares said that decision hasn’t been made.

It’s a shame we have to wait. Citroën – and especially its DS offshoot – are making cool, exciting cars right now. The DS 5 is, well, it could be a hatchback, a crossover, a wagon? I’m not exactly sure, but it is oddly beautiful. The bespoke DS 5 Commande Spéciale, on display in Paris, has AstroTurf-looking carpets and a glovebox that opens to reveal a green interior. Its black, burgundy metallic paint is beautiful under the spotlights and it would make an interesting alternative to an Audi or Lexus. 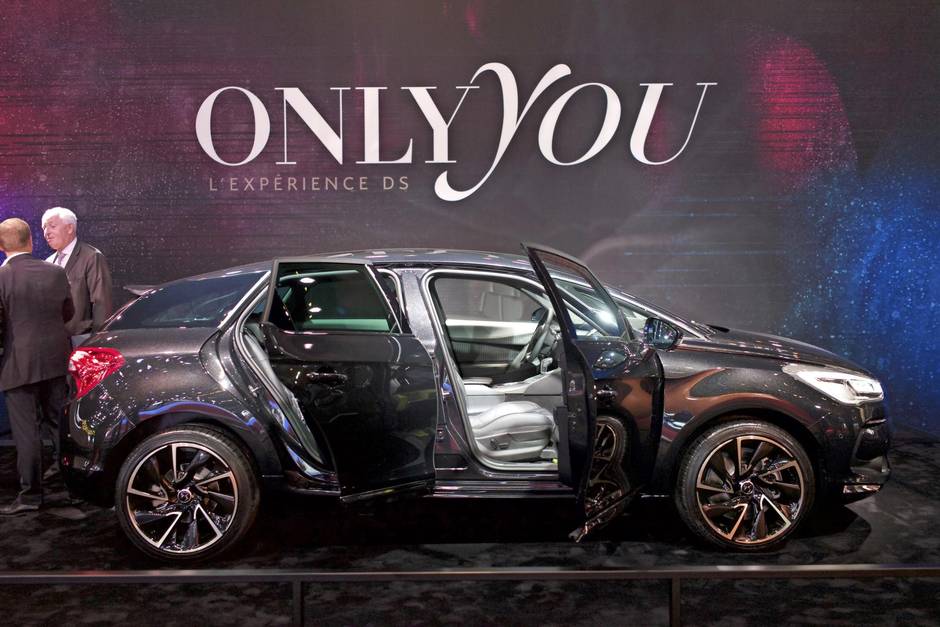 Launched in 2010, the popular DS 3 compact hatchback is easily the most stylish in its class. Think of it as a French alternative to the Mini. No automotive brand in North America comes close to the avant-garde style of DS. It’s at once serious, and not.

On the Citroën stand was the C4 Cactus, with its bubble-sided doors. It won World Car Design of Year and Red Dot design awards. Elsewhere at the Citroën booth was a not-so-successful attempt at a modern-day Mehari beach-buggy. Peugeot, which produces more mainstream vehicles, unveiled two new SUVs. 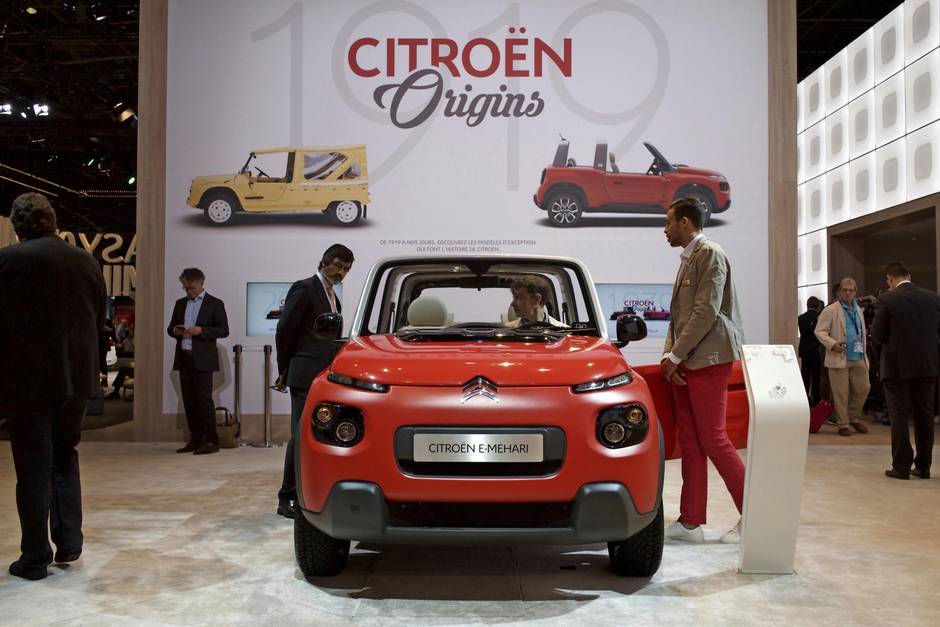 The Citroën E-Mehari is displayed at the 2016 Paris Motor Show.

The last time you could buy a Peugeot in Canada was in the early 1990s. Citroën officially left in the mid-1970s. If Tavares can keep Groupe PSA to its 10-year plan, both brands could be back in Canada by 2025. “We want to take our time because the goal is not to announce that we are going back to the North American market,” Tavares said. “The goal is to come back and stay.”