The car show starts Friday. This is tire-kicker nirvana – hundreds of cars, in a giant automotive horn of plenty. And I am the ultimate tire kicker. Or maybe that should read, "car salesman's nightmare."

This is what you call a culture clash. And the best way to avoid it is the car show, where you are free to look at vehicles for hours (or even days) without being pressured, persuaded, guilt-tripped, wheedled, stick-handled, inveigled or cajoled.

When I walk into the glittering, flood-lit expanse of a car show, it always take me back to a time when looking at cars was pure, unalloyed joy – like the night in the mid-1960s when my father took me out to see the brand-new Ford Mustang and Plymouth Barracuda. The cars sat behind plate glass showroom windows like crown jewels, gleaming in the spotlight. My dad and I walked around them for hours, and I lusted for them both. Best of all, there was no sales pressure: as a little boy, I was given a free pass in the showroom.

Only as a grown-up did I learn why so many people hate shopping for cars. Unlike a new coffee maker or pair of shoes, the price of a car is never fixed – suggested retail is nothing but a starting point for a set of protracted negotiations. Options and financing deals can quickly lead you into a costly netherworld of smoke and mirrors.

When I worked as a mechanic back in the 1970s, I spent a few months in the service section of a new-car dealership. My brief tenure taught me the commercial choreography of the adjoining sales department.

Customers who walked into the showroom, for example, were known as "ups." The sales people took turns accosting these prospects. The first step was establishing rapport. Then came the "qualification" stage, where the sales person determined whether the up could actually afford to buy a car. And on it went, concluding with the aptly named "closing room," where customers teetering on the verge of a purchase were pushed over the edge by a hard-hitting manager.

I could understand the logic of the operation, but that didn't mean I liked it.

My goal was to look at some cars in peace, as I had done on that magical evening with my father back in the 1960s. I wanted the showroom to be an automotive gallery, not a ruthless sales operation where customers were processed like livestock.

I am not the kind of customer that sales people dream about. My peruse-to-purchase ratio is off the bottom of the chart – I have probably visited more than a thousand showrooms in my lifetime, but have bought only five cars from dealerships. (The rest were bought used, or through a car broker.)

People who could buy a car at the drop of a hat always amazed me. A work colleague once bought a new four-wheel-drive over the weekend, applying no more analysis to the process than I would to the acquisition of a kitchen utensil. He wasn't even in the market for a vehicle – he spotted a truck in a showroom window, and decided to buy it on the spot, fully loaded. I admired his boldness, if not his financial acumen (years later, I learned through a mutual friend that he had declared bankruptcy).

I, on the other hand, am an elusive catch. I have learned the sales person's bag of tricks, and have developed my own system of countermeasures. I rarely take test drives, for example, because they create a sense of obligation. I refuse to meet with dealership managers, because the next step is the closing room and, at that point, you are like a steer headed into the door of Maple Leaf Foods.

There have been moments of weakness. When the Mazda Miata came out in 1990, I longed for one so badly that I was ready to cash in my retirement plan. A salesman at a dealership came within a millimetre of closing the deal, but we were $250 apart on price, and my wife wasn't in favour of the purchase, anyway. When the kids were little, I almost bought a Toyota minivan, but bolted from the closing room, leaving the paperwork on the table.

Over the years, I came to realize that I didn't like buying new cars. But I did like looking at them. So I started going to car shows, where I can look as much as I like.

All the brands are clustered in one place, and there isn't a closing room in sight. As an added bonus, there are always unexpected delights out on the show's periphery – race cars, classics and cool oddities. For a gear head, this is a steel and rubber Disneyland.

One year, I found a young fabricator who welded together kits for Lotus Seven replicas that used a Honda S-2000 motor (I thought hard about building one of those). Another time, I ran across an Austin Healey with a Corvette V-8 under the hood. Another year featured a breathtaking display of original Shelby cars – 427 Cobras and an aluminum-bodied Daytona coupe that I would have sold my soul for.

It goes on and on. I wander the car show's cavernous main halls and explore lost side rooms, looking for unexpected automotive treasures like the British car club display or a collection of hot rods. I sit in the new Porsches, ogle the aluminum camshaft covers on the Ferraris, inspect the leather womb of an Aston Martin interior and stick my head under the hood of some Subaru WRX's – I never get tired of looking at those boxer motors.

The hours pass. My feet begin hurt. Day turns to night. I come out of the hall happy. I have lived the tire-kicker dream: I came, I saw, I didn't buy.

Listed: A full range of green vehicle options at the auto show
February 14, 2013 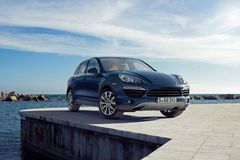 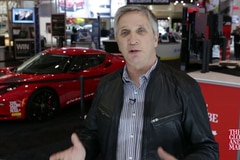 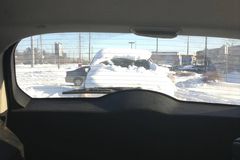 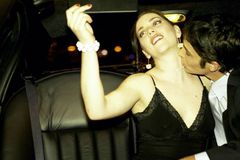 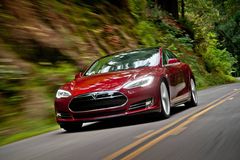