For those with short memories, GM Canada had a good year in 2014. Sales grew 6.3 per cent, slightly better than the 6.1 per cent of the overall market. But longer memories will know the uptick came after years of declining power and influence. GM once reigned unchallenged as the world and North American sales leader; it still holds that rank in the United States, but in Canada it remains mired in third behind Ford and Chrysler. GM Canada hasn't led the Canadian market in sales since 2009.

GM Canada president Steven Carlisle responds by talking about quality of sales. "Quality is what we did last year and we're pretty pleased with it." In this context "quality" means selling fewer cars, but at higher unit profit than chasing after big fleet sales that boost numbers but bring to mind the old saw, "we lose money on every one we make, but we make it up with the volume."

The relative resurgence of premium brands Buick and Cadillac in Canada – up 31 and 10 per cent respectively in 2014 – supports that strategy, and it can only be further strengthened by new models like the Cadillac CTS-V and (though only in the United States) the Buick Cascada convertible debuting this week in Detroit.

But those are niche products. Even if GM Canada isn't chasing volume by giving vehicles away to fleets, it still needs more sales in the heart of the market. At the Detroit auto show, there's still no sign of anything that's going to fill that need. But according to GM product supremo Mark Reuss, change is coming "very soon."

How urgently are those new products needed? Consider this: before the Honda Civic rose to ascendance in the late 1990s, Canada's top-selling car for many years was the Chevrolet Cavalier; yet Cavalier's current equivalent, the compact Cruze – now in its fifth model year – ranked a distant fifth in passenger-car sales last year, outsold almost 2:1 by the Civic.

In mid-size sedans the Malibu managed no better than eighth last year, while the excellent Impala is also a laggard in the full-size sedan category.

In another key segment, compact CUVs, combined sales of GM's Chevrolet Equinox and GMC Terrain siblings only ranked fourth in segment as their sales slipped last year in a growth market. With designs that go back to mid 2009, fresh blood is needed there.

GM did get an early start, though, in the up-and-coming sub-compact CUV category, with the Chevrolet Trax and its sister car, the Buick Encore (the Trax, incidentally, was initially exclusive to Canada; the U.S. only gets it for 2015).

In Canada's other high-volume (and high-profit) vehicle segment, large pickups, the Chevrolet Silverado/GMC Sierra twins retained second place in sales behind the Ford F-Series, and even gained a sliver of market share. But the Ram Truck is closing in fast. After a rather cautious (read: inexpensive) do-over for 2014 the GM trucks are likely turning a tidy profit for GM, but they look awfully conservative in a category of gas-guzzlers where Ford has boldly switched to weight-saving aluminum and Ram offers the category's only (so far) diesel in a 1500.

GM's product supremo Mark Reuss, however, defends the GM trucks. Their conventional but highly optimized technologies may be "less flashy from a PR standpoint," but offer long-term benefits that customers really value, and at no extra cost.

And as for GM's aging or under-performing passenger cars, Reuss promises an onslaught of new products this year. He told Globe Drive that GM has learned a lot about saving costs through economies of scale – i.e., sharing components not only across different models but also through successive generations of those cars. In the next six to 12 months, we'll see the results of that strategy as GM launches five new cars that Reuss says will be more profitable than their predecessors, while offering customers much bolder styling, more-efficient powertrains and better value than the cars they replace.

Meanwhile, separately, GM has announced a huge investment in future Cadillacs, with a focus on CUVs. Unlike in Canada, Cadillac's U.S. sales fell last year. 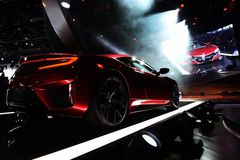 In pictures: Ford's GT is a Detroit showstopper
Gallery
January 12, 2015 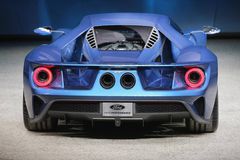 In pictures: The offbeat side of the Detroit auto show
Gallery
January 12, 2015 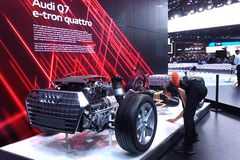 In pictures: Alfa Romeo drops the top on its 4C Spider
Gallery
January 12, 2015 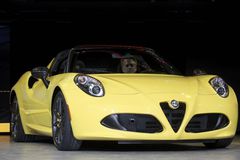