In a decommissioned factory near the heart of Detroit, Kia revealed its most ambitious car yet. A hype man on stage talked up what a big deal it was. The vibe was loft-party corporate. Through a haze of smoke and spotlights, Kia’s sleek new Stinger sedan made its debut ahead of the North American International Auto Show. Never before has the South Korean auto maker tried so hard to make a car seem so desirable. Never before has it had to.

With the 2018 Stinger, Kia hopes to lure wealthy buyers away from BMW, Audi and Mercedes-Benz. Kia can’t compete in terms of brand prestige, but it has tried hard to compete on performance.

On paper, the Stinger certainly has the specs to compete against the best Germany has to offer. The all-new fastback sedan is based on a rear-wheel drive chassis and powered by either a 255 or 365-horsepower engine, mated to an eight-speed automatic gearbox. All-wheel drive will be available as an option. 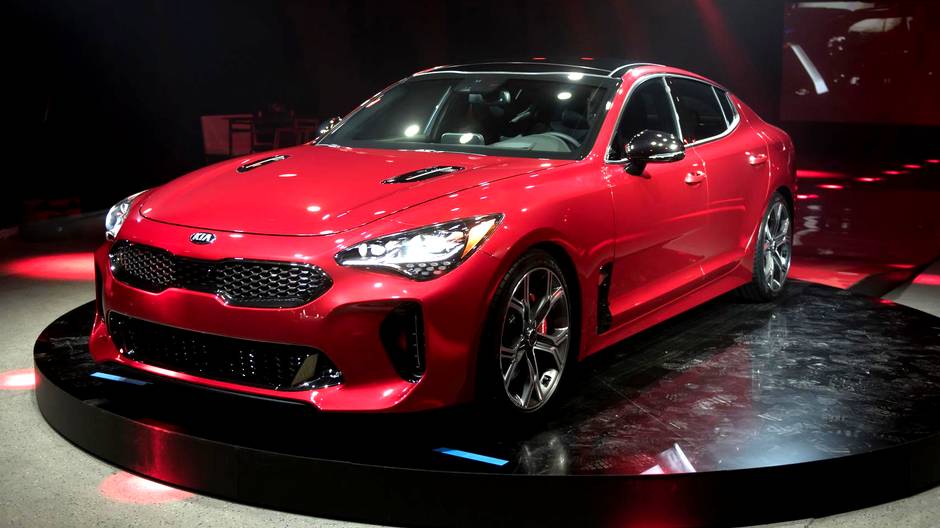 Peter Schreyer oversaw the design, which was done at Kia’s studio in Frankfurt, while chassis tuning and performance was overseen by Albert Biermann.

Biermann joined Kia after more than 30 years at BMW, where he had a hand in engineering nearly all of M Division’s high-performance cars since the 1980s.

The BMW 4 Series was the key benchmark for the Stinger, Biermann said. “When you look at our quality ratings, and the success story of Kia, I think there are several companies who could be worried about how Kia is moving forward.”

“The driving precision is on a different level from any other Kia,” Biermann said. “It’s really fun to drift the car; it’s easy to control.” A limited-slip differential and continuously adjustable suspension are standard on the Stinger GT and optional on the four-cylinder, he said, although Canadian specs are still being finalized. 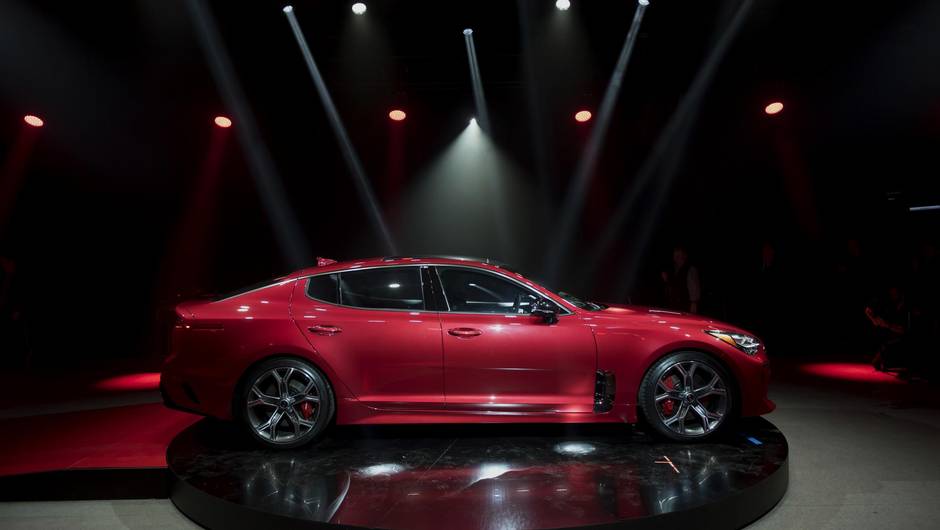 In terms of design, the Stinger jumps right on the fastback sedan bandwagon. All three of Jaguar’s sedans are sleek fastbacks, which means the roofline runs nearly to the back edge of the car. Tesla, Mercedes and BMW also offer fastback sedans, and Audi will soon with the A5 Sportback. The Stinger draws design cues from the current Kia Optima sedan and the Kia GT concept shown at the 2011 Frankfurt motor show.

“Only then, after the 2011 show, the decision was made to actually make [the GT concept into a production model],” Schreyer said. “It was a very thrilling process for us.” The finished Stinger is remarkably similar to the GT concept car which rarely happens in the automotive world.

Hyundai-Kia, the South Korean auto giant, doesn’t lack for ambition. As of 2015 it was the third largest auto maker in the world in terms of sheer production, building nearly eight-million vehicles. Only Toyota and Volkswagen Group made more. Those two companies already have successful luxury brands in Lexus for Toyota and Audi, Bentley and Porsche for VW. Hyundai-Kia is after a slice of the prestige and fatter profit margins up for grabs in the luxury segment.

“I think that with this car we are at eye-level with other premium competitors,” said Schreyer. 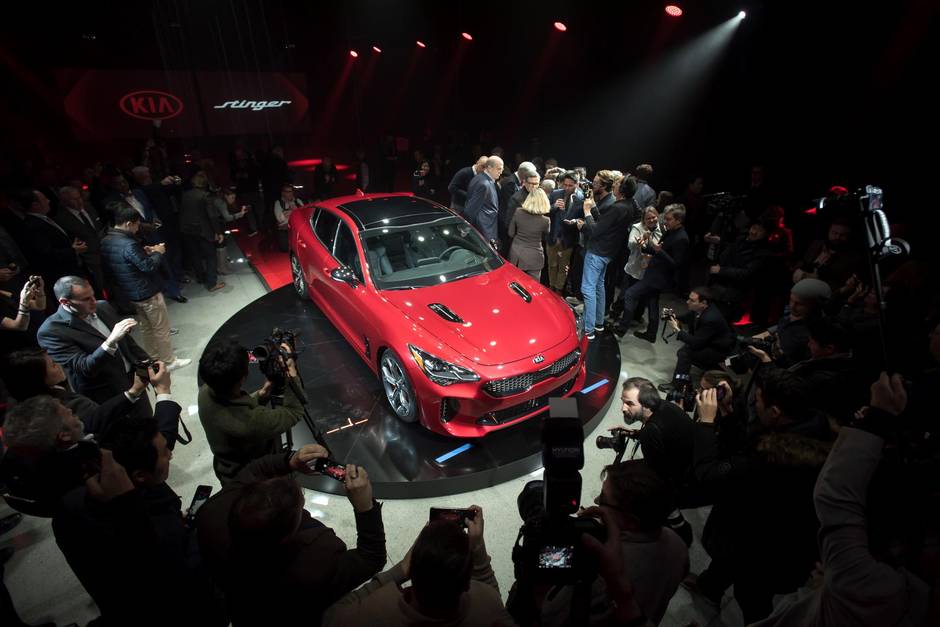 Hyundai and Kia have both dabbled in the luxury car market before, albeit somewhat half-heartedly. Kia’s K900 sedan sits atop the current range, with a price that can climb to more than $70,000. Until recently, Hyundai offered the full-size, $65,000 Equus. It’s been replaced by an entirely new luxury sub-brand, called Genesis. At the moment it only has two cars, one of which is essentially a re-badged former Hyundai model, but a full lineup is in the works.

As good as the Stinger looks on paper and in person, the important questions for consumers remain: where will it fit into Kia’s crowded lineup and how much will it cost? Kia Canada isn’t saying. Compact luxury sedans from the Germans, as well as Lexus, start around $39,000. Biermann’s benchmark, the BMW 428i fastback is $49,450. Kia will have to undercut that price by a lot to have any chance of pulling buyers away from established premium cars.

It took Volkswagen Group more than a decade and untold millions to turn Audi into a true luxury brand. Today it’s on equal footing with BMW and Mercedes-Benz. Is Hyundai-Kia willing to devote the time and resources necessary to create successful luxury divisions of its own, or is the company just dabbling again? We should get the answer when we drive the Stinger GT and find out the price later this year.