It's little wonder that the 2015 Montreal International Auto Show was chosen as the venue for the North American unveiling of the latest Mazda2. The Japanese manufacturer has enjoyed relatively more success in Canada than in the United States; on average, Mazda has about 4 per cent of the market here and less than half that south of the border.

This is the fourth generation of the car and the second to reach our shores; it's also the first Mazda2 that doesn't share its platform with the Ford Fiesta, a handy subcompact in its own right. The car has been available in overseas markets since this past fall and is scheduled to go on sale in Canada later this year. Pricing has yet to be announced.

The new Mazda2 is easy to differentiate from the previous version. The old car featured the old Mazda design ethic: the smiley-mouth lower front fascia was once a staple of the brand and the generic "jelly bean" shape of the car was common to entry-level vehicles from all sorts of manufacturers. In stark contrast, the new car adopts the eye-catching design from the latest Mazda3 with a more mature front grille, combined with the appearance of a longer hood and a more streamlined silhouette.

From a dimensional standpoint, the new model has grown up as well. Although the width is unchanged, the car is now 110 millimetres longer, 25 mm taller and its wheelbase has stretched by 80 mm. These changes promise to deliver more wiggle room for passengers and a more comfortable ride. The wheel/tire sizes have also increased to 15-inch (standard) and 16-inch (optional).

On the inside, the designers at Mazda focused on making this subcompact as functional and enjoyable as possible. The driver's seat, steering wheel, pedals and gearshift lever have been repositioned to accommodate more drivers of varying heights and sizes. The seats themselves have been widened and extra support material has been added. The A-pillars have been moved back and the side mirrors have been moved to the body panels to increase outward visibility.

There have also been changes designed to make the car seem like more than just basic transportation. The interior materials look and feel more high-grade than before. The car gains the 7-inch touchscreen and Mazda Connect infotainment system from the Mazda3. And decidedly ritzy options such as the heads-up display and SD-card based navigation system are optional.

Under the hood, the new Mazda2 will be offered with just one gasoline engine for North America, a 1.5-litre four-cylinder from the company's ultra-efficient SkyActiv lineup. (In other markets, three different engines are available, including a diesel.)

Horsepower, torque and fuel efficiency figures for the new engine were not available yet, but it's a safe bet that they will eclipse those for the old 1.5-litre gas engine – 100 hp; 98 lb-ft of torque; 5.6 litres/100 km highway. The Mazda2 will be available with the choice of a 6-speed manual transmission or a 6-speed automatic.

While the 2016 Mazda2 likely won't prove as popular as its larger sibling, the Mazda3, it's clear that the brand new version of this subcompact has been engineered and designed to be more popular than ever. Larger, more stylish and armed.

UPDATE: Mazda initially planned to launch the car in Canada toward the end of summer 2015, but has decided to delay the launch to 2016.

"Mazda Canada decided to postpone the launch of the Mazda2 in Canada in order to focus on the launches of the all-new 2016 CX-3 and the all new 2016 MX-5," read a statement from the company.

The last Mazda2 was a blast to drive; this one looks to be even better. 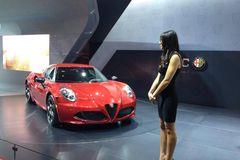 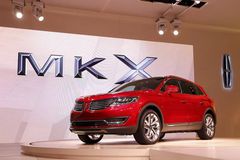 Chinese car makers still on the outside looking in at Detroit
May 12, 2018 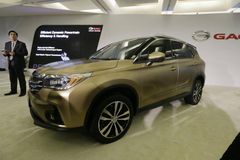 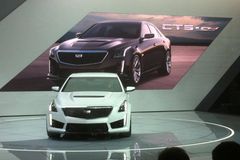 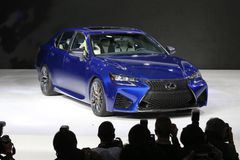