The Qashqai compact crossover has been sold elsewhere in the world for years and now Nissan is finally bringing it to Canada.

Nissan made the announcement Sunday, the day before the North American International Auto Show in Detroit begins.

The Qashqai is a little smaller than the Rogue, which is Nissan's most popular new vehicle in Canada, and the two models share the same platform. It's 30 centimetres shorter than the Rogue, though its wheelbase is only six cm shorter; it also has a total cargo capacity of 1,730 litres with the rear seats folded flat, compared to the Rogue's 1,982 litres.

Its closest competition is the Honda HR-V, but Nissan also sees it as an alternative to compact crossovers and hatchbacks like the Honda Civic and Mazda3.

Canadians will be offered three trim levels that include cold-weather comforts as standard, such as heated seats and a heated steering wheel. It will also be offered with a six-speed manual transmission or a continuously variable automatic transmission (CVT).

"Qashqai" takes its name from a nomadic Iranian clan of tribes, and was originally chosen as a name for its intriguing sound. In the United States, the car will be called the Rogue Sport and its three trim levels will be configured differently. Only a CVT-equipped vehicle will be available south of the border.

All cars will be powered by a 2.0-litre four-cylinder engine that makes 140 horsepower and 147 lb.-ft. of torque, and there will be both 2WD and AWD versions offered. Driving performance is considered close to a compact hatchback.

The high-end Qashqai will be equipped with technology unusual in the segment, including forward emergency braking with pedestrian detection, lane departure prevention and intelligent cruise control.

While the Canadian Qashqai and American Rogue Sport are the exact same vehicle, they will be marketed differently in the two countries, said Christian Meunier, vice-president for Nissan North America's sales and marketing, and chairman of Nissan Canada, at the vehicle's introduction on Sunday.

"It became pretty obvious that the Qashqai name, and what that car's delivered in Europe, was a big asset for Canada," said Meunier. "In the U.S., the product is not as crucial to the business as it is in Canada, and we wanted to leverage the strength of the Rogue name, which is very strong.

"Rogue is the No. 1 in its segment in the U.S., and it's the No. 4 nameplate in the U.S. (Rogue Sport) will belong there to the Rogue family, while Qashqai will have its own territory, its own image and its own marketing."

The Qashqai has sold 2.5 million vehicles since its introduction in 2007 – 2 million of them in Europe – and it's now in its second generation. It's built in the U.K. and Japan, and North America will get the Japanese-assembled vehicle. The direct-injected engine comes from the Japanese model, but the chassis and suspension tuning will be to mostly European specifications.

In Canada, approximately 22 per cent of all light vehicles sold are compact SUVs. Nissan's Juke is also smaller than the popular Rogue, but it's considered more of a niche vehicle, with polarizing styling, a more powerful engine, and a marketing campaign aimed at young drivers. The Qashqai will be a more mainstream vehicle, aimed at singles, couples and empty-nesters.

Meunier said he saw the potential for a smaller crossover in North America when he came to Canada four years ago as president of Nissan Canada. The Qashqai had been considered too small for the U.S. and Canada, but Meunier says he was sure there was a market here for a versatile alternative to the compact Altima sedan.

"It's not an easy thing to go to a big company like Nissan and persuade them to change their plans after the cake is baked," he said. "You've got a global headquarters, and then you've got a guy in Canada saying 'now this is done, you have to change it and bring it to a whole new market'."

It would have been far simpler to have designed a North American version of the Qashqai at its conception, he said, due to all the crash testing and emissions testing required, as well as the needed co-operation between governments.

"That would have been the best way," lamented Meunier, "and if it had, now Nissan Canada would be at a 10 per cent market share."

The Qashqai will hit showrooms this spring. 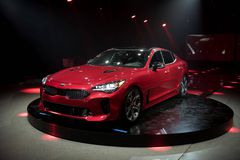 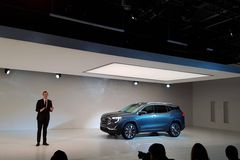