We spend too much time in front of screens.

At least in cars, even if traffic’s bumper-to-bumper on the highway, there’s some relief in looking out the window – relative calm compared with the frenetic pace of the screen.

Well, it’s about to get a whole lot harder to cut down on screen time. Inside the next-generation of cars it’ll feel more like NASA’s mission control centre than the driver’s seat your old jalopy. Audi, Mercedes-Benz, BMW, Aston Martin, Volkswagen and McLaren all brought new cars or concepts with serious screen real estate to the recent Consumer Electronics Show in Las Vegas.

As auto makers gear up for an autonomous future when drivers are left twiddling their thumbs on Twitter, the car cabin is getting an overhaul. 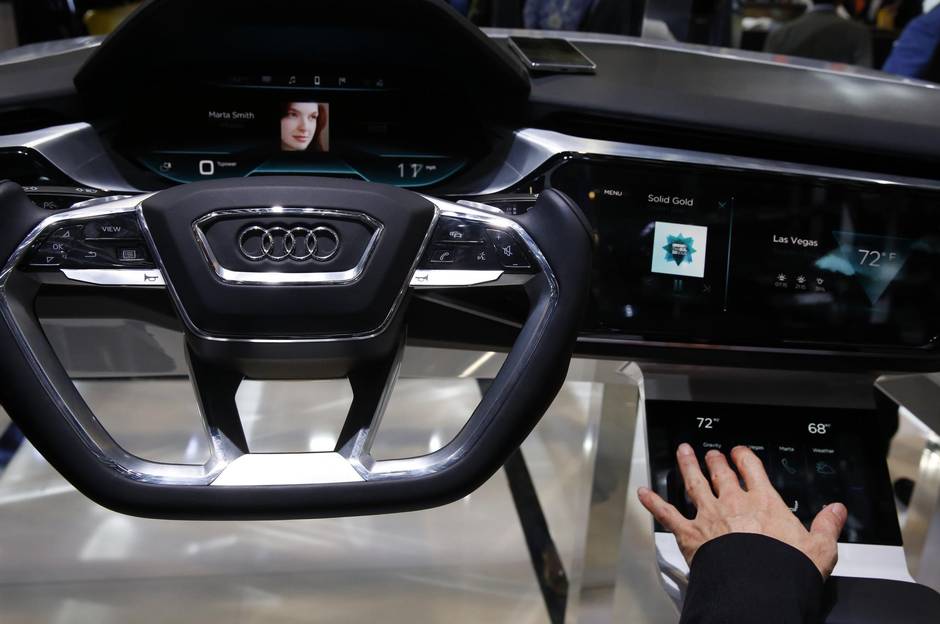 Audi gave us an interactive preview of its virtual dashboard. There’s nary a button in sight, just three large screens: two in the centre console and one behind the steering wheel. It’s got a cold, minimalist feel. Audi says the displays are cutting-edge AMOLED (active-matrix organic light-emitting diode) units with haptic feedback to make it feel like you’re pushing a button.

“In the future, the entire system will get to know the customer and their habits and preferences, then pro-actively support them,” said Ricky Hudi, Audi’s executive vice-president of electronic development. As fanciful as the concept sounds, Hudi told us this virtual dashboard will be in production as early as next year.

BMW demonstrated a touch screen you don’t need to touch. You wave your hand in front of it, back and forth, pausing and gesturing to make selections. The Jedi fantasies of millions of geeks are about to come true, giving anybody the power of the Force. It sounds like a gimmick, but it works incredibly well in practice. The screen in the concept car – a convertible i8 that’s almost certainly slated for production – is 21 inches wide and stretches across half the car.

Chevrolet, meanwhile, squeezed a 10.2-inch screen into the compact Bolt EV and will offer an optional rear-view camera that displays an image across the entire rear-view mirror. 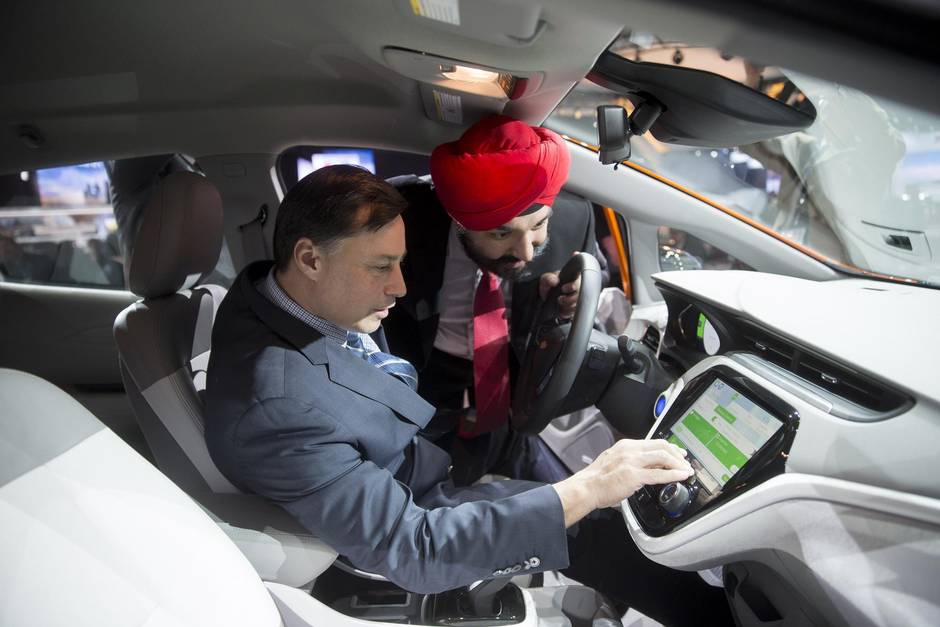 Aston Martin and McLaren – neither known for excellent infotainment setups – are playing catch-up. McLaren teamed up with Kenwood to give their 675 sports car an elaborate heads display that replaces the entire dashboard. The future of supercars? We hope so. Aston Martin partnered with LeTV, a Chinese streaming video service. They stuck a giant iPad over top of the existing dash. Not the future we were hoping for.

The VW concept van, called the Budd-e, would come with two huge screens filling most of the dashboard. The company’s idea is to aggregate content from passengers’ tablets, in order to transform the dash into a rolling entertainment unit on long trips. 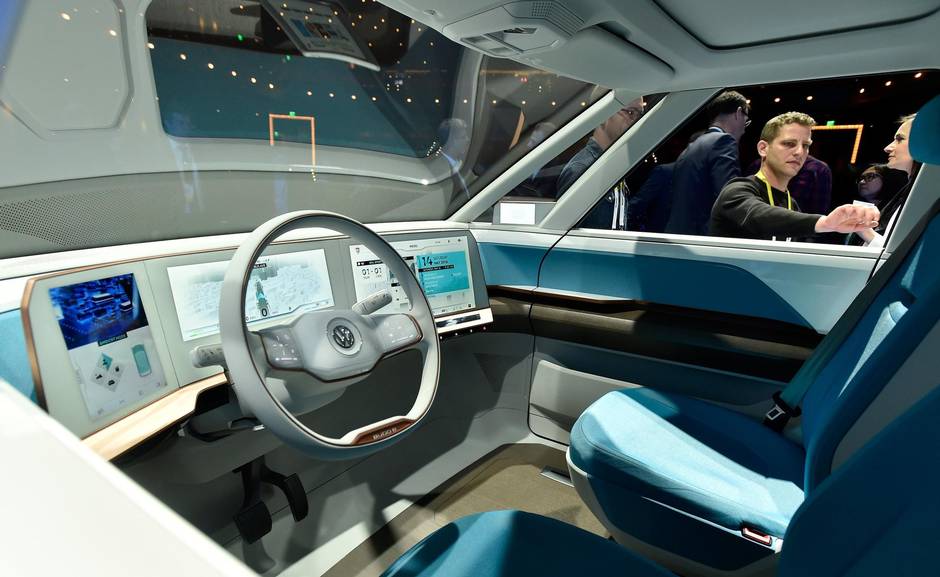 And finally, there was Mercedes, which put two 12.3-inch-wide screens side-by-side on the dash of its forthcoming E-Class. It looks identical to the dash in the flagship S-Class, which updates to the graphic design and has gesture control to allow you to swipe through menus just as you would on your favourite iDevice. 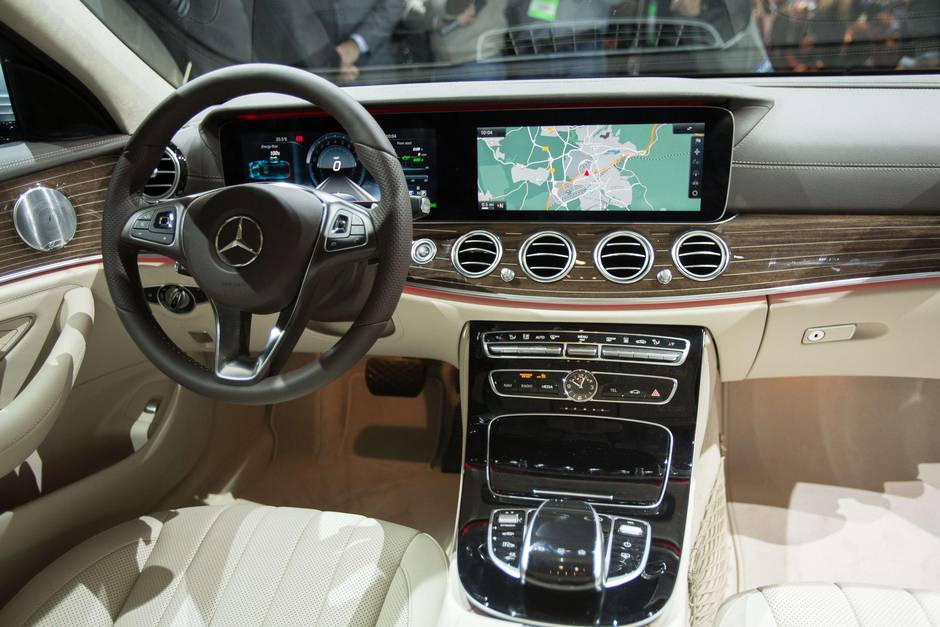 The truth is cars have become too complicated and screens are (part of) the solution. In the short term, they’ll help make driving easier. In the long term, they’ll provide entertainment when the car takes over driving duties.

The same thing happened to airplanes in the 1970s. Big aircraft were getting overcomplex, with more than 100 instruments in the cockpit. At the same time, air traffic was getting congested around airports. Pilots had too much information coming at them all at once. NASA helped devise a solution: Replace most instruments with a few big screens. That way, the pilots only see the information they want, when they want it. “Safety and efficiency of flight have been increased with improved pilot understanding of the airplane’s situation relative to its environment,” according to a NASA fact sheet. And thus, the glass cockpit was born.

So, that New Year’s resolution to cut down on screen time? You might as well give up now.