At their best, auto shows are about fantasy. They're about getting to sit in, and imagine a life with, the car of your dreams. They're about looking deep into the future at fantastical concepts that will never make it to the streets.

At the same time, auto shows can get bogged down by the mundane: minor refreshes and model-year updates.

Video: A $10,000 Champagne cooler and other luxury

So with this is mind, we went off in search of fantasy at this year's North American International Auto Show. We went hunting for the most opulent, over-the-top and absurdly expensive automotive options currently on offer. 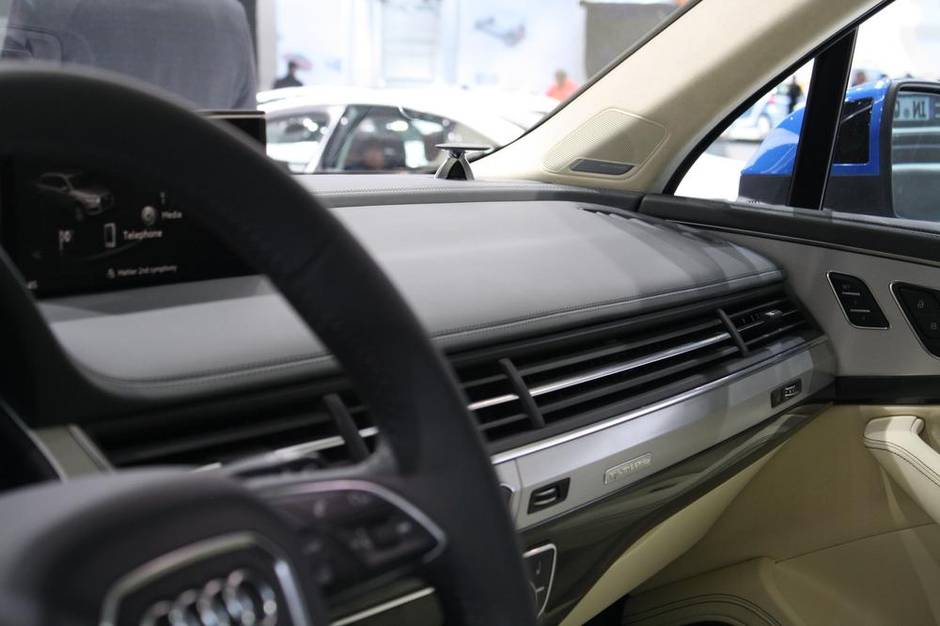 Not satisfied with their current $7,000 optional stereo, Audi and Bang & Olufsen set about creating a better car hi-fi. The new stereo – which will debut on the 2016 Audi Q7 revealed here in Detroit – features 23 speakers and 1,500 watts of power. B&O promises 3-D sound thanks to new speakers in the A-pillars, and a clever algorithm which can determine the size and shape of the room where the music was originally recorded. That done, the system can then play back the music as it would sound if the listener was at the recording studio. 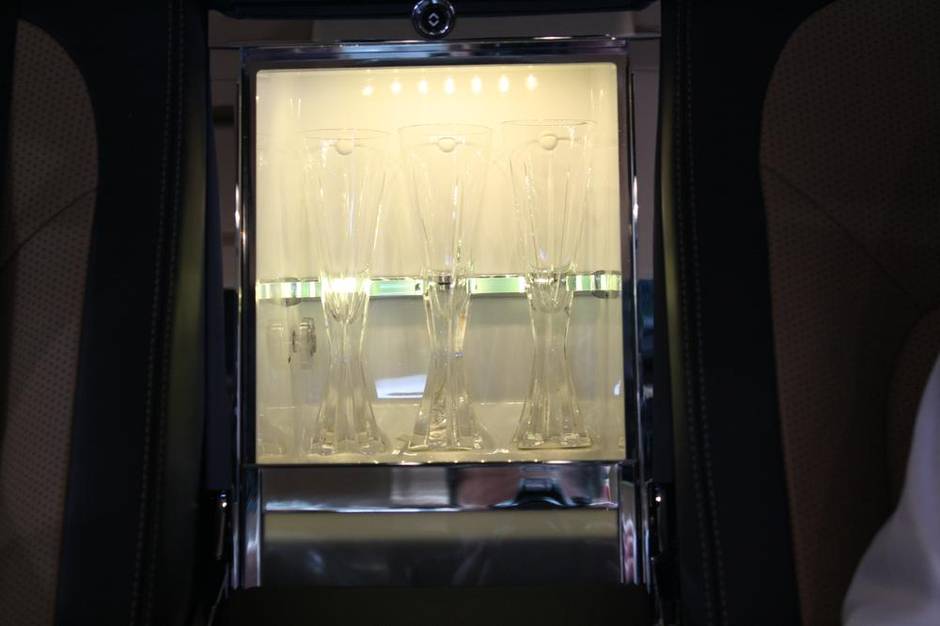 For just $10,970 (U.S.) you can purchase champagne flutes designed to fit perfectly into the cupholders of your Bentley Mulsanne Speed. The option also comes with a bottle cooler, hidden behind a leather panel between the two rear seats. You might like to check local laws before pouring any real champagne into those flutes. 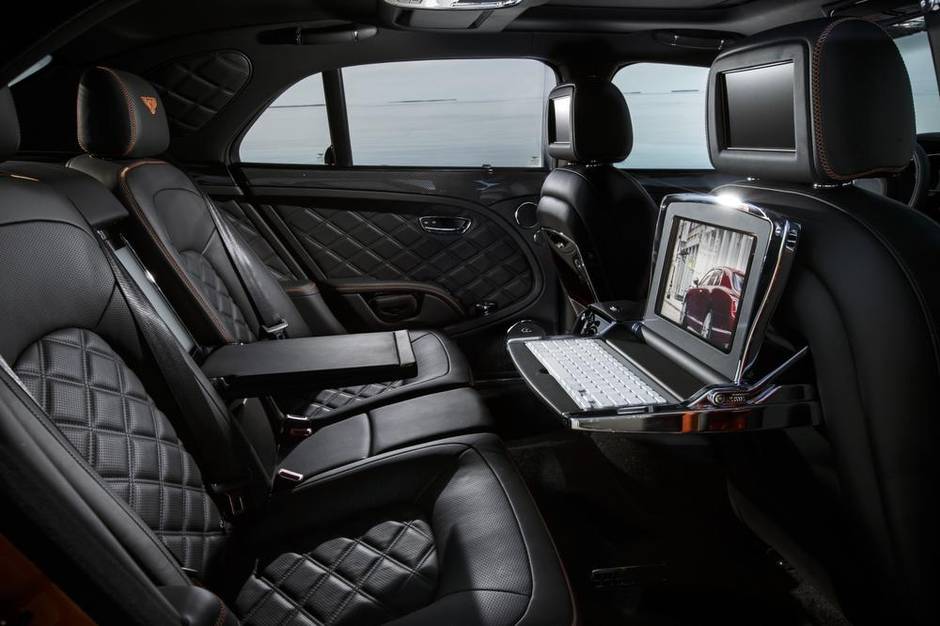 If you prefer your Bentley to be all business, there’s a $28,760 rear-seat entertainment option. For that money you could buy nearly three base-model Nissan Micras. Spend that sum with Bentley though and it gets you motorized tray tables made of fine leather, wood and brushed metal. They hide an iPad and wireless keyboard which you can use to conduct conference calls or watch every season of Friends on Netflix. 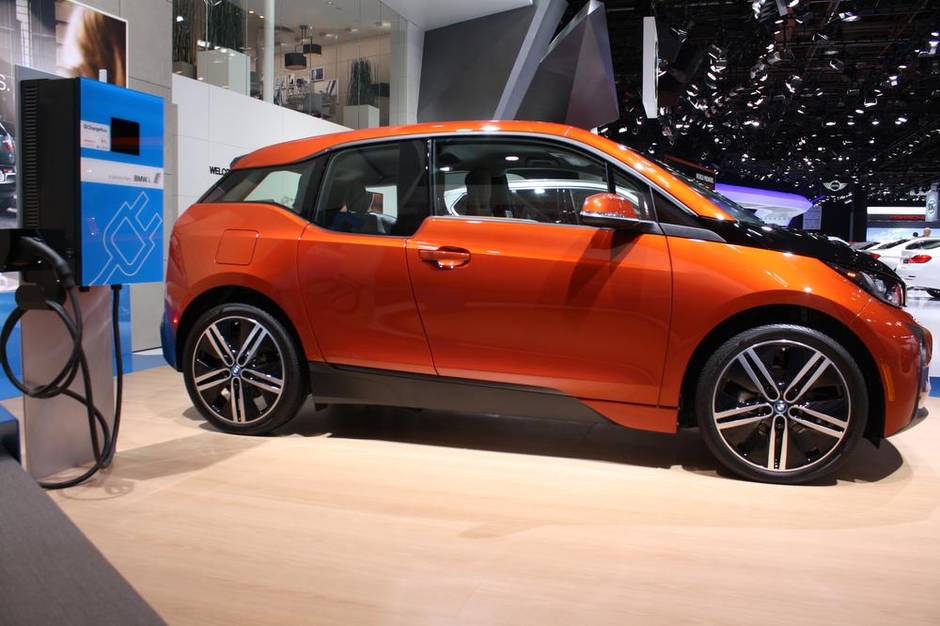 When buying a car, it’s usually safe to assume it comes with a gasoline engine. But that’s not the case with the BMW i3. The model starts at $44,950. It comes with many things, like a carbon-fibre passenger cell and electric motor good for 170 horsepower. A gasoline engine, however, is an optional extra. An additional $4,000 gets your i3 a tiny two-cylinder motor. BMW calls it a “range extender” because that’s what it does; it gives you a backup generator for the battery in case it dies. The company claims it can boost your range from 160 to 250 kilometres. 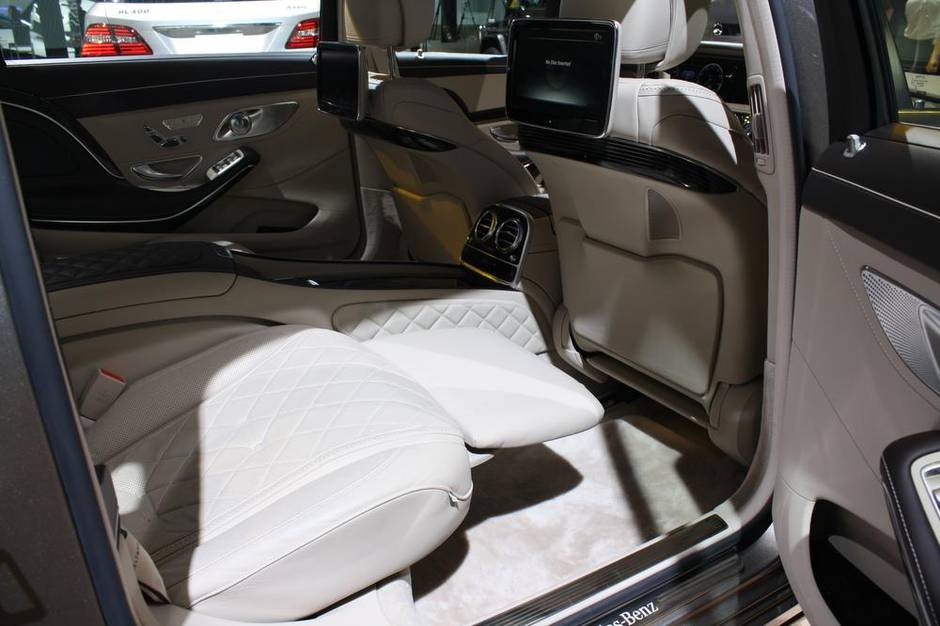 Much to the delight of Kanye West and the rest of the world’s wealthy, Maybach is, well, back. This time around, Mercedes is launching it not as a standalone brand, but as the top model in the S-Class lineup. The car’s official title is the Mercedes-Maybach S600 and it arrives in April, 2015. Pricing hasn’t been announced for Canada yet, but the last Maybach sold here started at around $400,000. That’s well over double what a long-wheelbase Mercedes S 63 AMG would cost you. Can such a machine ever justify its price tag? The new Maybach will certainly try, with a V12 engine, leather headliner, standard champagne flutes, and – we kid you not – rear seats with electronically adjustable calf support.