The curse of the modern car show is overabundance: even the most ardent automotive buff can be overwhelmed by a kilometers-long, all-you-can eat automotive buffet. The antidote is smart selection. Here are 10 ten cars you really need to see at the Canadian International Auto Show 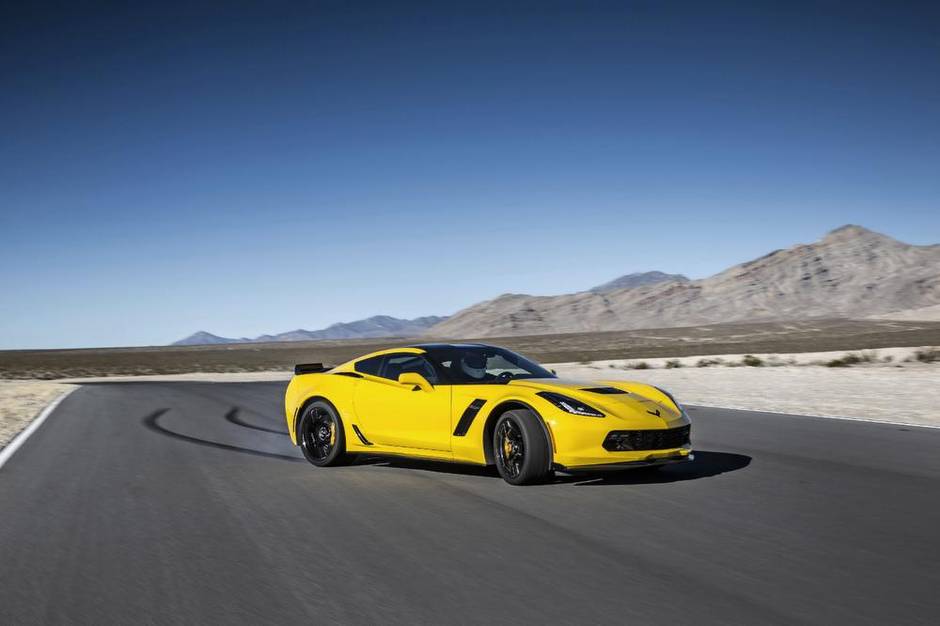 The Corvette has been many things since it hit the market in 1953 – boulevard cruiser, V-8 phallic symbol, teenage fantasy, etc. Never mind all that. The seventh-generation Corvette (known as the C7) is brilliant, and Z06 is its |ultimate iteration. The ZO6 uses the same hydro-formed aluminum chassis as the standard C7, but adds bigger brakes, track-worthy suspension, and a low-profile supercharger that pushed the V-8 up to 650 horsepower. The Z06 competes with Porsches and Ferraris for a fraction of the price. 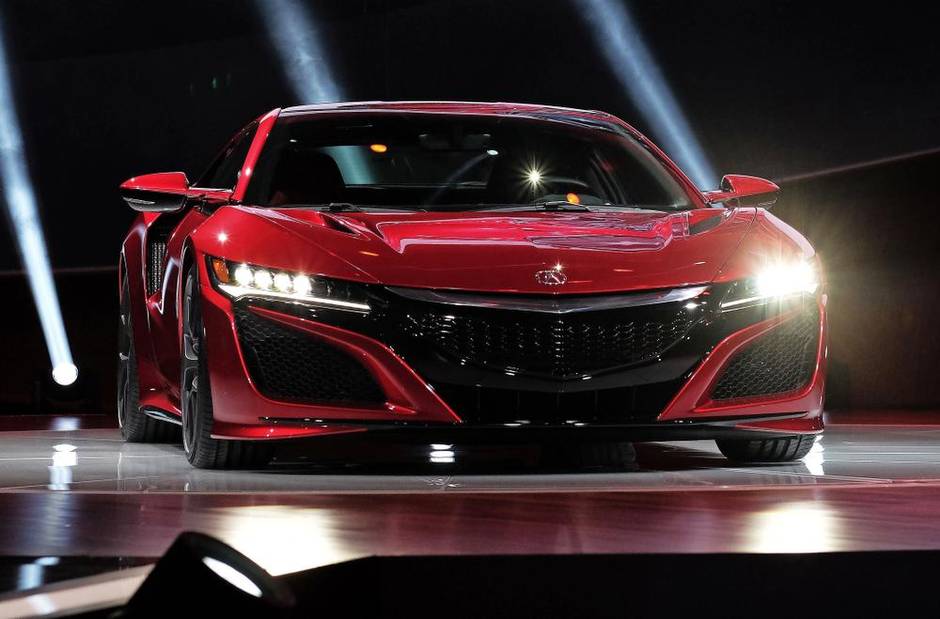 This is the production version of the NSX show car, which first surfaced in 2012. The NSX resurrects a legendary sports car brand, but with a modern twist. Like the first NSX, which debuted in 1990, the new car has its engine in the middle. But that’s where the resemblance ends: beneath the 2015 car’s curvaceous skin is a high-tech hybrid power train that includes an internal combustion V-6 and three electric motors. 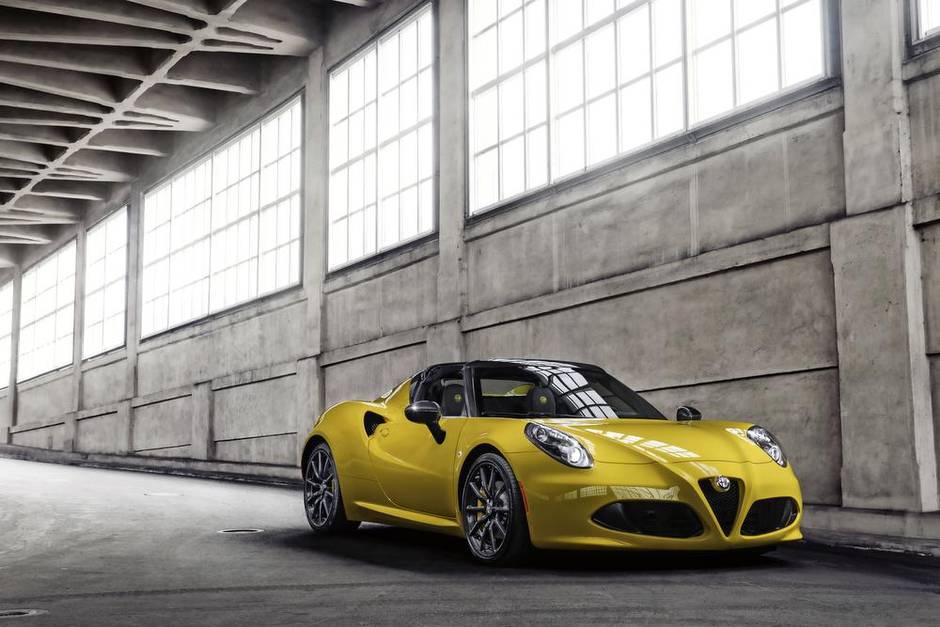 The affordable, mid-engine sports car has been an oxymoron for some time now. The Ferrari 458 and Lamborghini Huracan may be beautiful, but they cost as much as a decent house. Ditto for the McLaren 12C and P1. Even the Porsche Cayman and Lotus Evora can run to more than $100,000. But now there’s the Alfa 4C – it starts at $61,995. The 4C brings the traditional benefits of the mid-engine layout (optimized weight distribution and quick-turning response) in a compact, high-tech package. The chassis features a carbon central tub with bolt-on aluminum sub-frames. It’s an Italian exotic, but in a less expensive package. 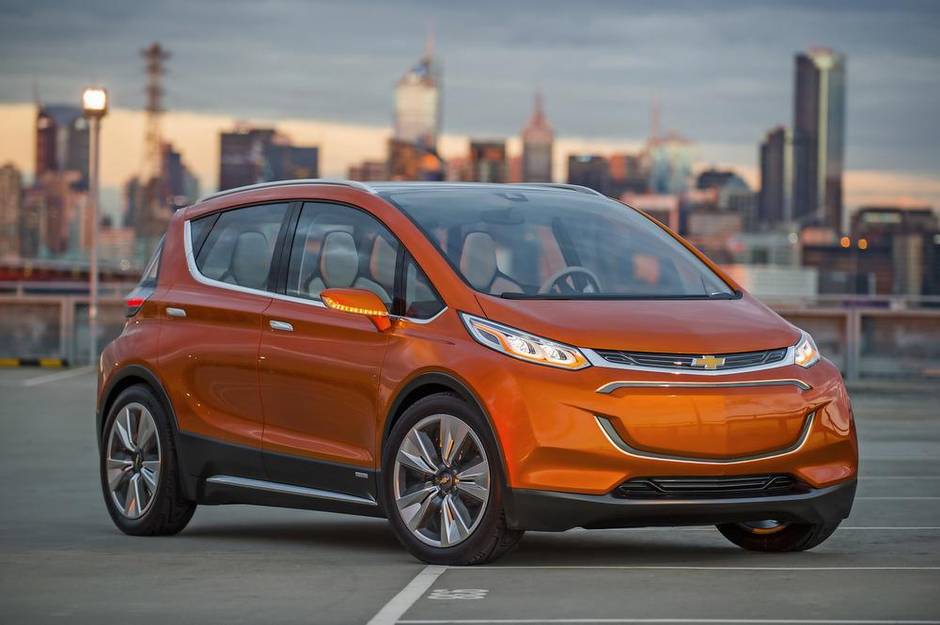 The Bolt EV concept is nothing less than an industrial weapon, aimed squarely at a series of automotive challengers. Among them is Tesla Motors, an upstart firm that has cemented its position as an electric-car leader with the beautifully engineered Model S and the upcoming Model X, which is designed to increase market share by lowering the cost of Tesla ownership. This is where the Bolt comes in – it will have a range similar to the Model X, but will sell for less. The Bolt will also undercut the stylish but range-challenged BMW i3. 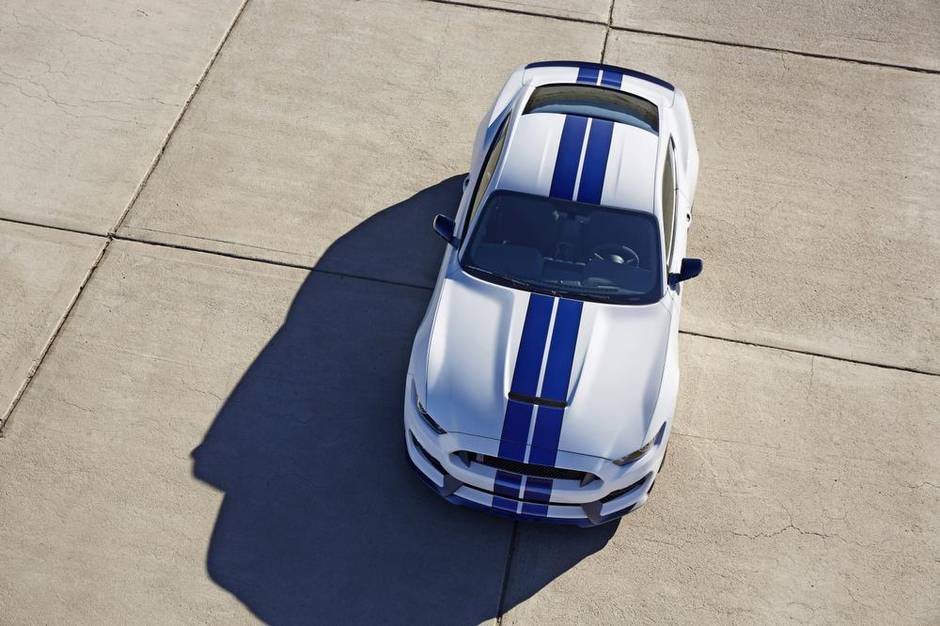 The Shelby GT350R doesn’t come out until 2016, but it’s already imbued with history. The Mustang is one of the great automotive success stories, and no name resonates more powerfully through the world of American sports cars than Carroll Shelby’s. By the time of his death in 2012, Shelby’s legend was secured: he was a Texas chicken farmer with an instinct for fast driving, marketing, and a unique brand of shade-tree engineering that yielded the unforgettable Cobra roadster.

His life was action-packed – he sued hundreds of imitators, and went through seven marriages, a pair of kidneys and two hearts. The GT350R represents the official return of the Shelby name to Ford’s performance division (Shelby first created high-performance Mustangs for Ford in the 1960s). The new GT350R will have independent rear suspension and the first flat-crankshaft used in a Ford V-8. But some will buy it just for the Shelby nameplate – such is the power of a great brand. 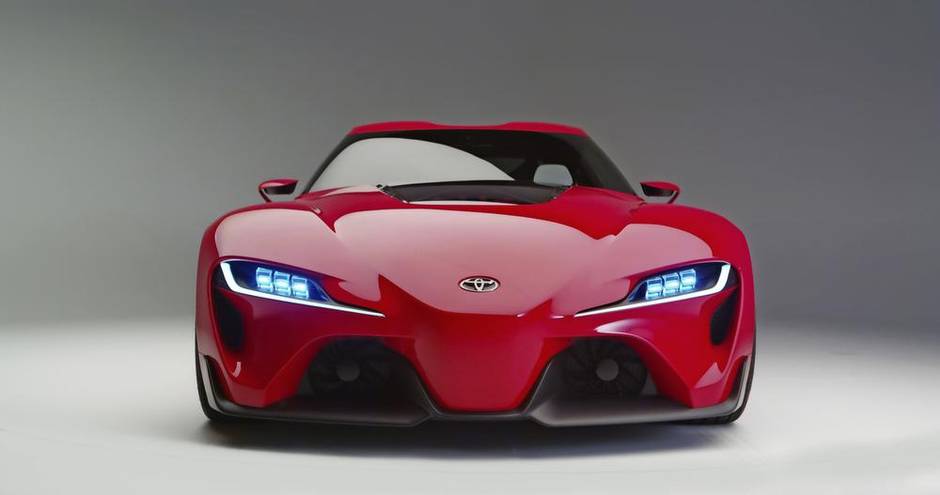 Toyota became the world’s biggest auto maker by cranking out cars that were perfectly engineered, perfectly built – and relentlessly dull. Teenagers do not paper their bedroom walls with posters of the Camry or Corolla. The FT-1 is another story. First created by designers for a Sony PlayStation game, the FT-1 was later rendered in metal as a show car after Toyota executives decided to inject some passion into the brand. Or maybe that should be “re-inject” – the FT-1 draws on Toyota’s often-forgotten sports car history, which includes the 2000GT and mid-engine MR2. 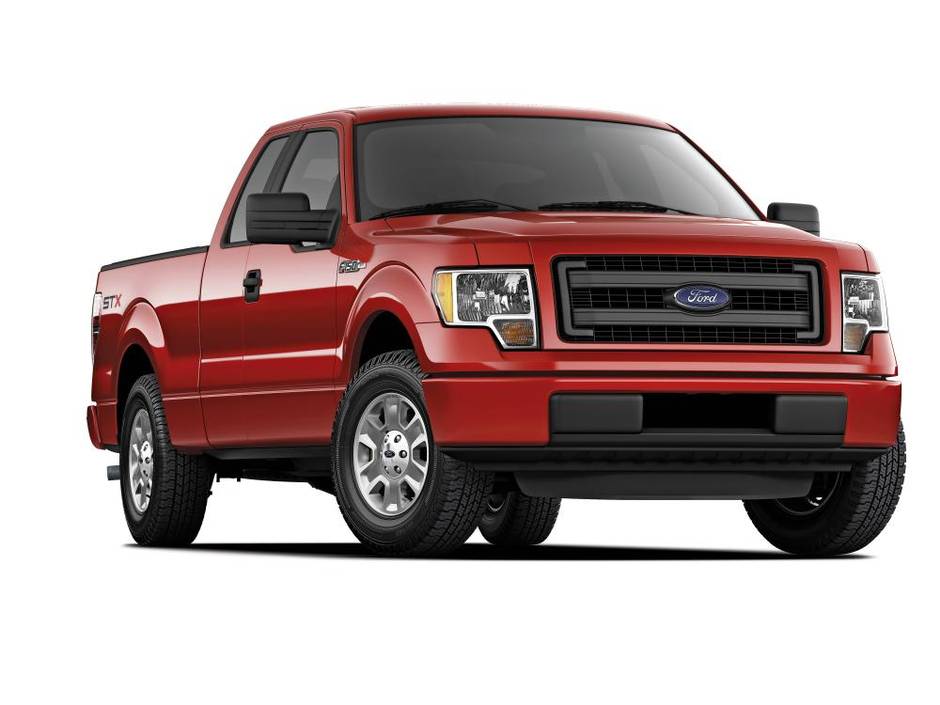 The new F-150’s great innovation is hidden beneath its paint – the body is made of aluminum instead of traditional steel. To understand the significance of this, drop the F-150’s tailgate – it feels like a feather in your hands. Aluminum cuts the weight of the F-150 by hundreds of kilos, which improves fuel economy, braking and handling. Making an American pickup truck out of aluminum struck many as heresy, but it was a brilliant bit of product planning: the F-150 is the talk of the town. And despite the F-150’s rugged, ranch-hand ambience, town is where most F-150s live. 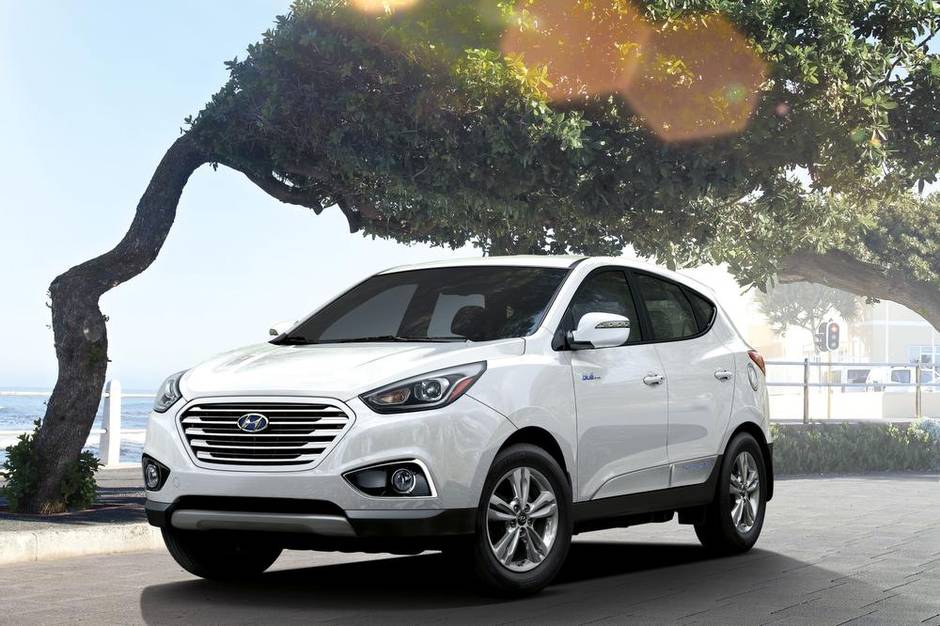 The fuel cell may be the car of the future. Or not. Electric cars are on the verge of being The Next Being Thing, yet they remain a tiny percentage of the market, held back by high costs, limited range and lengthy recharging times. Hyundai is betting that fuel cell technology is the ingredient that will take the electric car mainstream. By generating electric power with a cell packed with high-pressure hydrogen, the fuel cell cuts weight and allows rapid fill-ups. The fuel cell weighs a fraction as much as a battery. The downside – there are only a handful of filling stations. But if the fuel cell catches on, that will change. 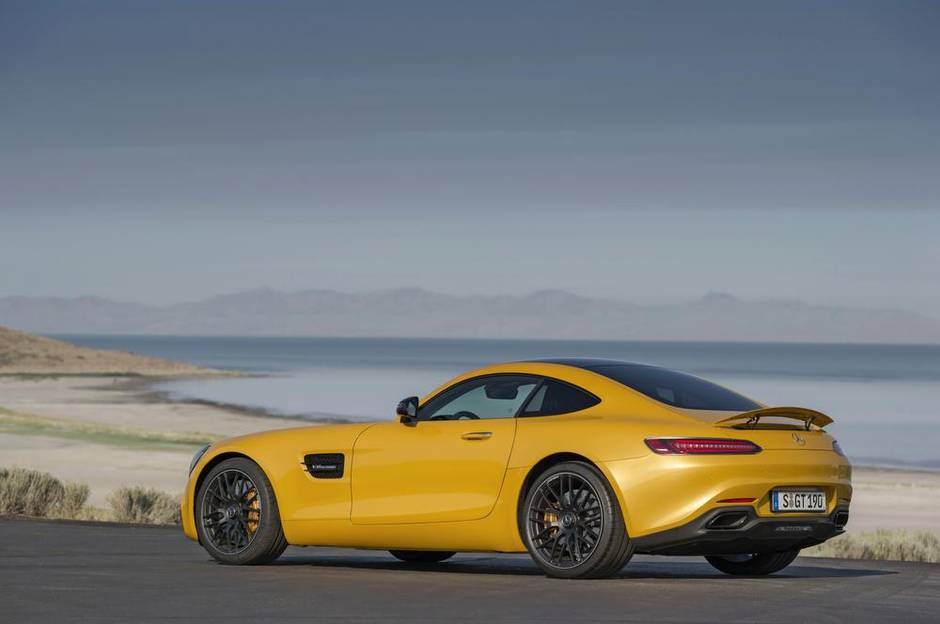 Mercedes is best known for luxurious sedans, but it also has a serious sports car heritage, and the AMG GT builds on that legacy. The GT is a compact, German-built machine built for high speeds and railing through corners – in other words, a competitor to the iconic Porsche 911. Although the GT’s bullet-shaped roof and tail profile are reminiscent of the Porsche’s outline, that’s where the similarities stop. The Porsche uses a rear mounted, six-cylinder boxer engine. The Mercedes is powered by a turbocharged front-mounted V-8. Horses for courses, as they say. 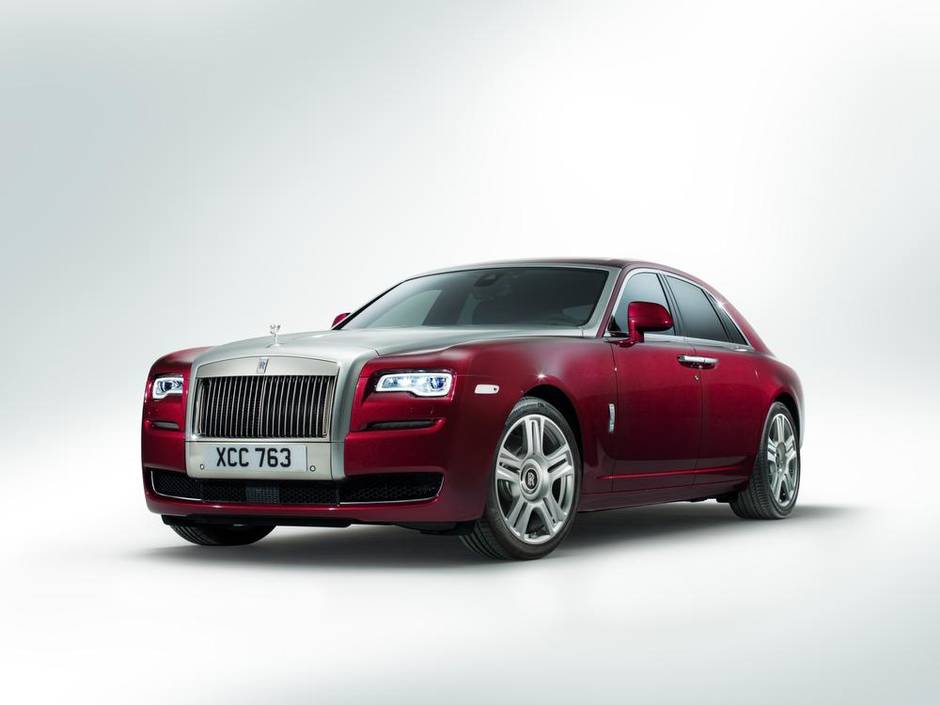 It has been said that the true driver’s seat of a Rolls-Royce is in the back, because that’s where people who can afford this fabled marque usually prefer to ride. But the Ghost II was designed for buyers who want to take the wheel themselves. After a recent test-drive in England, I could see the difference: the Ghost feels like a sports car crossed with a bank vault, powering down the road in spirited silence.