It’s never been easier for city-dwellers to live car-free. Transit routes are easy to plot via smartphone. Cycling is encouraged by many municipalities. Ride-hailing apps are forcing taxi companies to adapt and compete. Are car-sharing programs the final nail in the coffin for urban car ownership?

It’s often pointed out that cars are the most expensive consumer item most people will purchase. A house can retain its value or appreciate; a run-of-the-mill sedan or crossover will burn cash via depreciation, maintenance, insurance, fuel, and parking. The only worse thing you can do with your money is buy a boat. 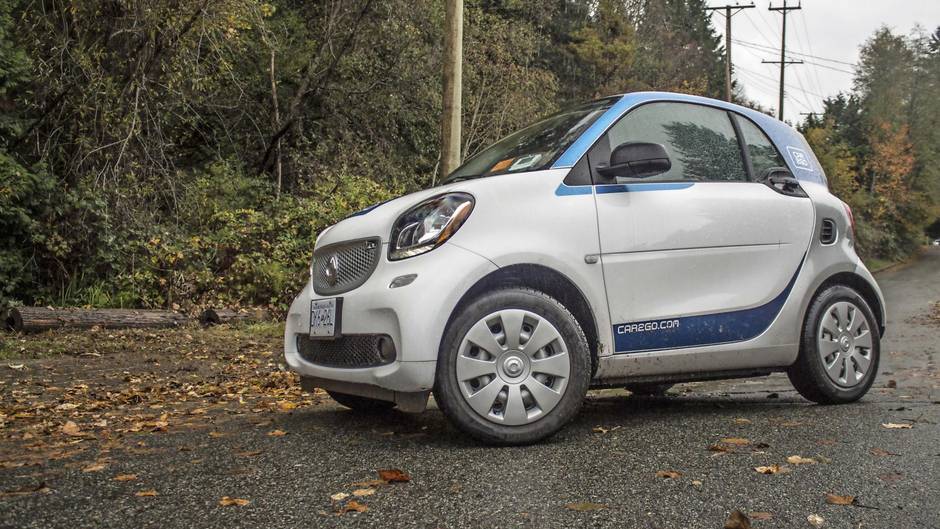 So, here come car-sharing networks to fill the gap. Offering freedom from ownership, they wrap all the costs of motoring into a charge per mile and/or per hour. There are approximately 20 such enterprises across Canada, with the largest being Car2Go, a seven-year-old company built around Mercedes-Benz products, principally the Smart fortwo.

The Smart fortwo makes plenty of sense in parking-space-starved Europe, but never translated well to Canadian roads. The all-new version is actually fun to drive, but is still a slow seller. It’s being outsold by everything from the Volkswagen Beetle to the Cadillac Escalade.

However, turning the fortwo into a mobility provider suddenly makes it a practical choice. Car2go is a one-way service, meaning you can jump in a car, drive it to your destination, and then abandon ship. There are some requirements about where to park, but the company has lots set up at common final destinations, like the airport.

Setting up the service is simple. For a one-time fee of $35, I set up my account and had my driving record sent over. Since I signed up, Car2Go has reduced its costs. It now costs $5 and comes with $10 worth of driving. Vancouver members now pay $2 annually. Once approved, I downloaded the Car2Go app and logged in. 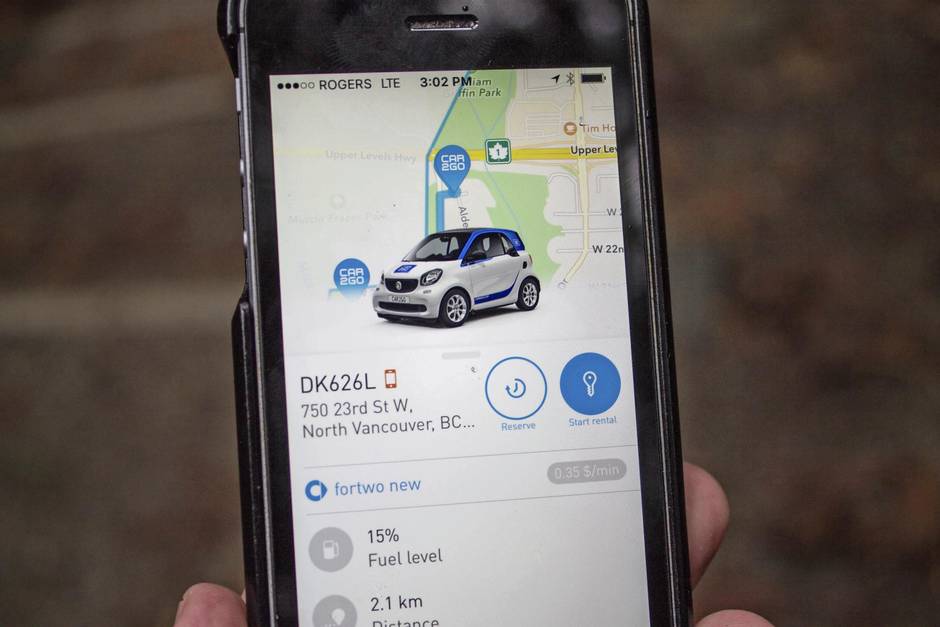 Vancouver’s dense lower mainland lends itself well to car-sharing programs. While most areas are well-served by SkyTrain, there are gaps that a one-way car-sharing service can cover easily. As an example, when I needed to visit the Mercedes-Benz truck outlet to pick up a Metris, taking a Car2Go and street-parking it out front took 15 minutes and cost around $7. Taking transit would have added an extra hour to the trip, and would’ve only been $3 cheaper.

Loading up an app pulls up a radar with each car listed in your area. You can scroll through to see each car’s details – in this case, I wanted a newer generation car – and click on it to make a reservation. I live just outside the home area that Car2Go has established in North Vancouver, so getting to the car required a short walk. 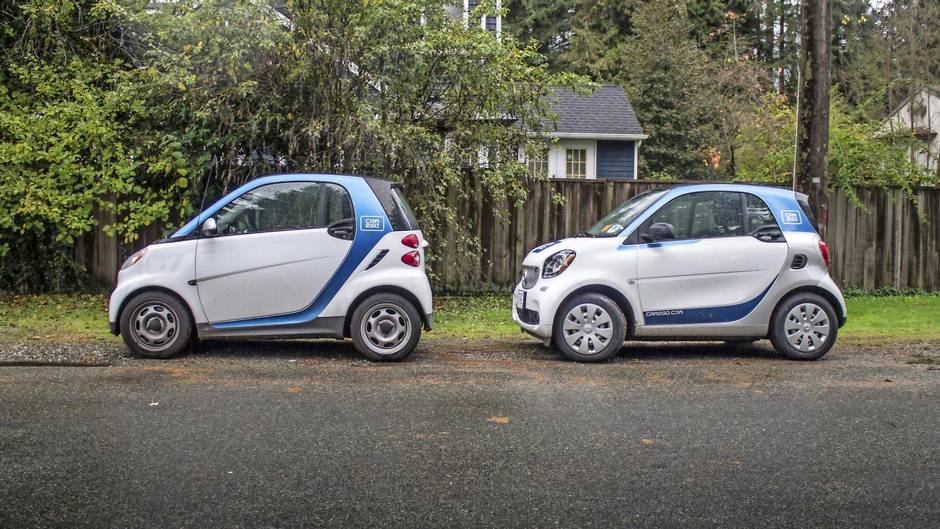 You unlock the car via the app to begin the rental, and after scanning to look for any new damage. Keys are in the vehicles, and there’s no need to worry about fuelling them, as they’re filled by the team that manages the fleet. The particular fortwo I picked up was a little low on gas, but there was enough for a quick trip.

Your driving experience will vary depending on which kind of fortwo you have. Older cars are zippy enough, but are hampered by possibly the worst transmission ever fitted to a modern car. Infrequent drivers won’t love piloting the short wheelbase on the highway.

Newer fortwos are great: quick, nimble, and fun. The turbocharged three-cylinder motor is relatively peppy, and the car feels built for the cross-town dash. I zipped down the hill to load the tiny trunk up with groceries. 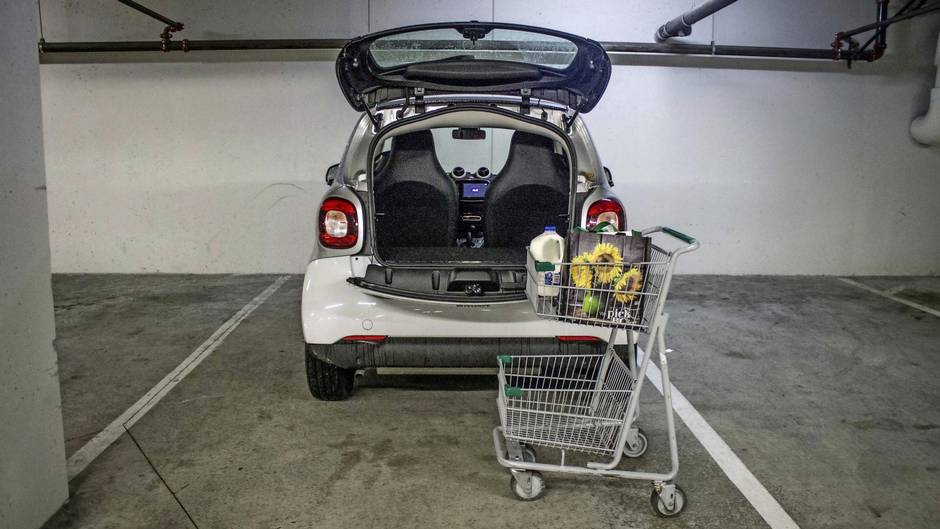 When the car is in your possession, you can treat it as you would a normal car. I locked the little fortwo in the grocery store parking lot, did the weekly shop, then loaded it up and headed home. Once unloaded, there was again the inconvenience of having to return it to an approved drop area, but it sure beat slogging uphill in the rain with full bags.

Car2Go’s real advantage is the ubiquity of its cars, which ensures that there’s almost always one close by. Apart from walking to the car and ensuring you’ve parked in at least a two-hour parking spot, it’s an effortless experience. 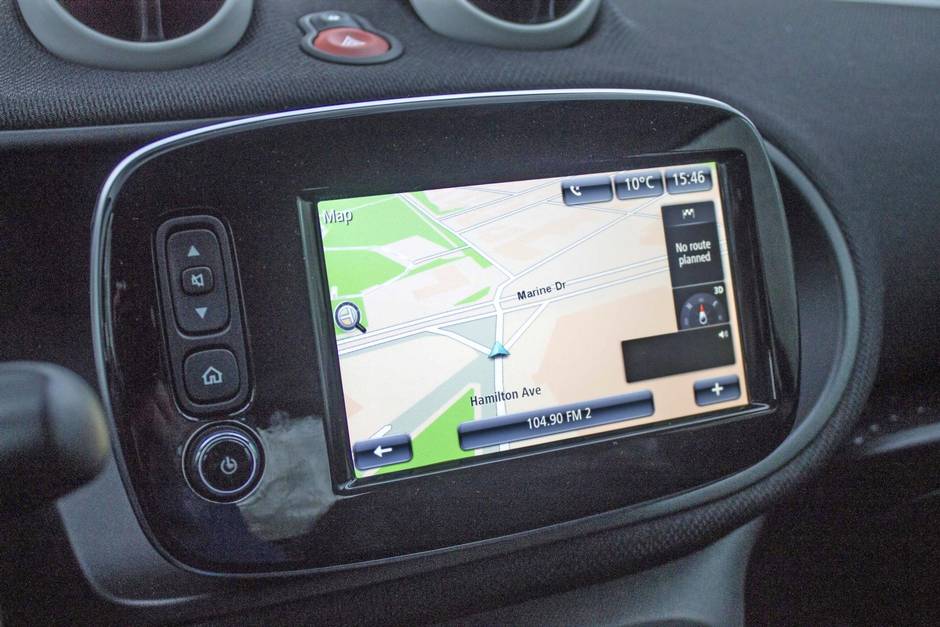 The principal drawback is the fortwo, which functions well as a mobility device, but wouldn’t be useful if you were dropping off relatives at the airport, or bringing a bookcase home from Ikea. However, Car2Go does offer a few B-class hatchbacks, and there are plans both to offer the Metris van in limited quantities (perfect for small businesses and moving furniture), and the recent announcement that four-doored GLA and CLA models will be joining the fleet.

It’s worthwhile to temper this expansion with a clear-eyed look at what kicked off Car2Go in the first place. Like BMW, Mercedes-Benz has a lot of inventory to place, and the market has been a little soft. Moving product into the car-sharing cycle looks good on the sales side, but if car-sharing is meant as a way to eliminate or reduce car-ownership, it might only be a temporary solution for manufacturers.

On the consumer side, there are a couple of problems. For families, using a car-sharing service is great way to supplement ownership of a mainline family vehicle, but it doesn’t eliminate the need for a kid-hauler with bulky car seats fixed in place and a glove-box with an emergency Ziploc of Cheerios. 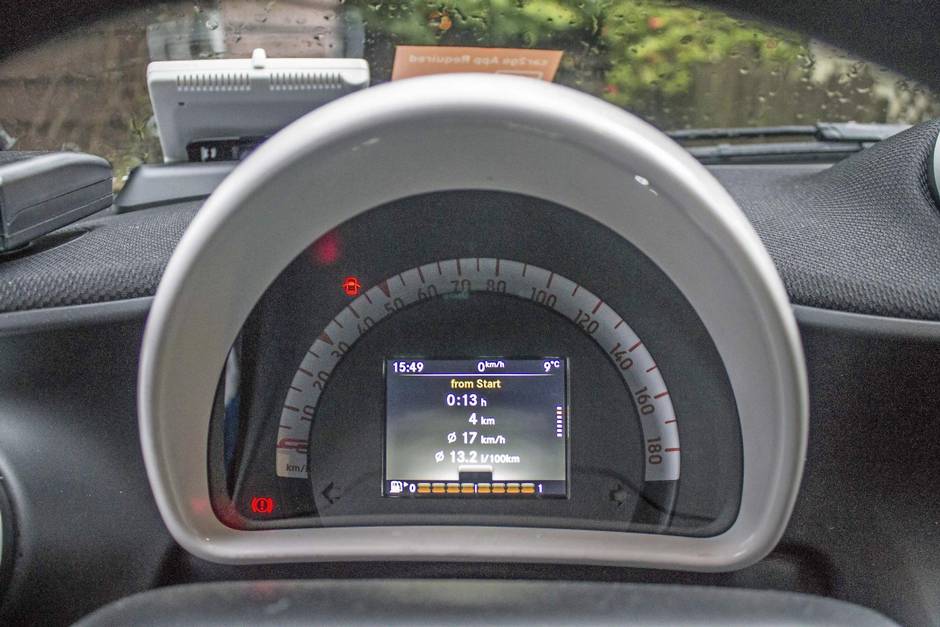 Further, the time-saving convenience of car-sharing tempts many away from public transit or cycling, arguably more environmentally-responsible options. It might be easier than owning a car, but it’s not necessarily cleaner. It also only makes sense when the cars are used enough, with Car2Go recently removing operations from the Richmond, B.C., area because their fortwos were sitting around.

As a way for city dwellers to delay purchasing a new car, or hold off on buying a second vehicle, car-sharing is simple and easy; if you commute fewer than 10,000 kilometres per year, it may even be cheaper than owning a car. However, it’s not yet time to declare car ownership dead.