As an auto show put on by car dealers for the benefit of both themselves and manufacturers, the Canadian International Auto Show is seen by many as a shot in the arm to the vehicle-selling industry in this country.

"I personally call it Christmas in February," says Bob Verwey, president of this year's event at the Metro Toronto Convention Centre and proprietor of a pair of Volkswagen dealerships in addition to an Audi one in the Pickering and Whitby.

"The timing of the Toronto International Show really helps us because it allows the consumer that isn't picking a brand to see everything under one roof and it sparks life into people and it starts our season off."

Figures released last July echo that assertion. The Auto Shows of North America (ASNA), a group of 65 auto shows from across the United States and Canada, commissioned Foresight Research to produce a report named "The Power of Auto Shows."

Key among the findings was that 57 per cent of auto show attendees say they are in the market to buy or lease a new car or truck in the 12 months following an auto show, with 51 per cent of attendees who bought new vehicles after a show admitting that the show influenced their decision.

In addition, 46 per cent of auto show attendees either added or subtracted vehicle brands from their short list of purchase consideration as a result of going to a show, with 26 per cent of those intending to buy in the next year leaving the show with their mind made up.

"Auto shows are pretty unique," says Chris Sams, head of public relations for the New York International Auto Show. "I can't really think of any other event where people pay money to go be marketed to. But that's what it is."

Attendance doesn't seem to be slowing down either, with the Toronto show up to around 310,000 these days from 200,000 20 years ago, while Detroit's North American International Auto Show pulled in 815,000 paying customers last month to see the more than $200-million that manufacturers spent on exhibit builds at the Cobo Center.

Though some express doubts that customers would rather shop online these days, or voice concerns that younger generations don't believe in the idea of car ownership, those that preside over these shows are quick to play down concerns over the continued relevance of these events.

And though the presence of companies such as Amazon and Grocery Gateway confirm there are more than a handful or customers who would rather get books, appliances and food delivered to their doorstep without leaving home, it's a different situation when shopping for automobiles.

"The need to actually be present is greater than ever before," says Brendan Flynn, vice-president of marketing and communications for the Los Angeles Auto Show.

"It used to be you cared about legroom, blind spots, headroom, cargo space. That's pretty basic, you could go to one dealer, get an idea of what that is and then look at specs online. But it's not like that any more. Does my phone pair with the car? Do I like the interface? These are things you actually have to sit down and touch and use."

But then auto shows, at least in this day and age, aren't put on with a view to selling cars. In fact, as Jason Campbell, general manager of the Canadian International Auto Show, remembers, a sale hasn't actually taken place at the show in "probably 10 years," though one technically could if there was an OMVIC-registered sales person present.

"We refer to it as a total automotive experience," he says. "So it's not just about cars in terms of selling cars, it's not really a selling show, it's a brand engagement show. Long gone are the days where we used to have sales done on the show floor."

With that in mind, Campbell's job is really put to the test in the summer, when negotiations with manufacturers take place over their requirements for the following year's show with regards to space, proximity to rival manufacturers and what's on offer.

It can be a delicate juggling act at times.

"That's a political discussion, it's a discussion about who's got what new products to reveal," he says. "There are no bad places in the show but certain manufacturers prefer to be not next to their direct competitors."

For instance, he talks of the fact that Hyundai and Kia don't want to be next to each other, while Infiniti and Nissan want to separate themselves. On the plus side though, Toyota is launching its the new urban utility concept vehicle which will be a global reveal, and as Campbell says excitedly, "We've never had a global reveal at the show before."

Another part of his job revolves around making sure everything is set up in the MTCC's two halls over a 10-day period, co-ordinating more than 800 people bringing in 250 truckloads of equipment for the displays.

But that pales in comparison to some of the other auto shows around the world, such as Frankfurt, which has 12 halls compared to just two, credentialing over 10,000 media members, while Toronto's show will have around 1,200.

Detroit's North American International Auto Show, for example, has a 12-week build compared to the 10 days for Toronto, with the lighting alone taking two weeks to install. Ford, for instance, installed two escalators as part of its display this year.

To extend the appeal of the Detroit show, it has been broken down into five different segments, including two press days, featuring 5,000 journalists, two industry preview days, which brought in a record 40,000 designers and engineers, a charity preview and the public run. But the launch of the show is its Gallery, where 500 high net-worth individuals are invited for an evening to assess more than $8-million worth of vehicles, all of which have to be worth at least $100,000. This year's Gallery saw $2-million spent on some of the 28 cars on display.

"At a smaller price point of entry for [manufacturers], they can come display a car and really maximize their marketing outreach right there in a room with 500 people," says Muncey.

Though Toronto is a long way off of that, and the 61 global reveals that the NAIAS featured this year, there is still a pressure on the Canadian International Auto Show to put on a successful event, both for the manufacturers showing off their wares and the dealers hoping to cash in on that in its wake.

"Our job really is to keep the new car-buying experience alive," says David McLean, long-time director of marketing services for the CIAS. "We need to focus on the presentation of the auto industry and all of its diversity."

With McLean estimating that approximately 200,000 cars could be sold in the 90 days following the show – 10.5 per cent of the 1.9 million new cars sold in Canada in 2015 – its importance to the industry can't be understated.

"This is a critical selling period," Campbell says. "People go into the auto show in February looking for what they're going to buy in the spring and it really gees up the whole spring buying program to have this experience." 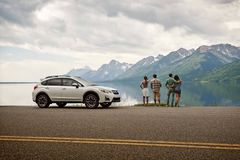 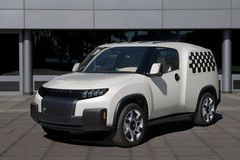