The Foxtrot is a food delivery drone system designed to deliver food ingredients directly to you when you are watching a cooking show. It’s a complete system that would link TV producers, media companies, grocery store owners and consumers together. 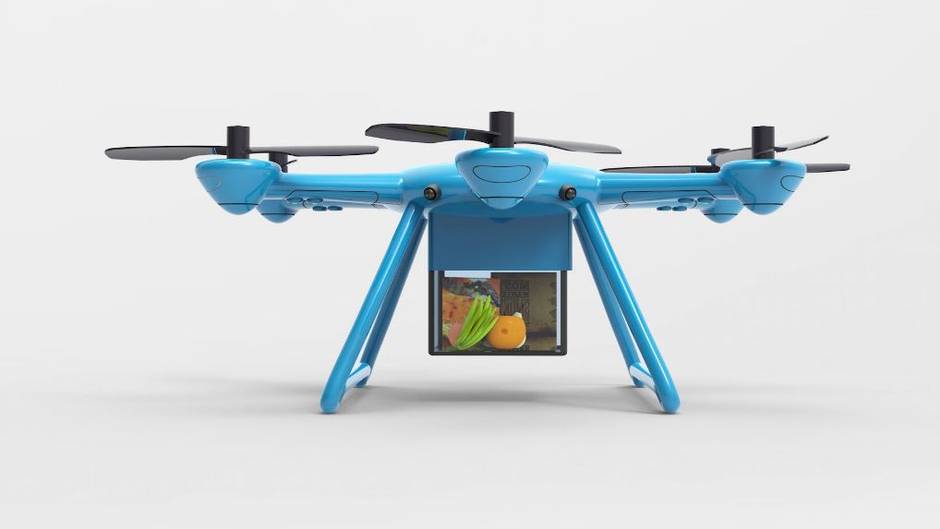 I know cooking shows are popular and I was wondering if it would be possible to link smartphones with cooking shows to order all the ingredients in an easy and simple method. The Foxtrot could thus take in those requests and deliver the food directly to you in less than 30 minutes. That’s a good way to redefine the term ‘fast food’. 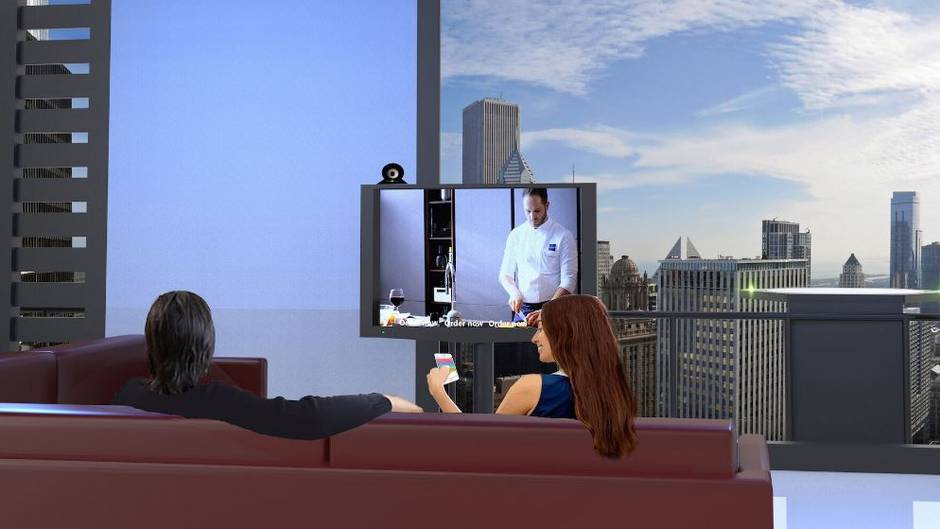 The Foxtrot would be powered by six electric motors. In fact it would probably become a new standard ‘food delivery model’ designed and built by existing drone companies. The flying would be done by the Foxtrot’s on-board computer which would follow a flight path updated in real time based on incoming customer requests.

First show producers, networks and grocery store owners would adhere to the Foxtrot system by using a simple tablet. Employees of the supermarket would then look at ‘order predictions’ on their app and prefill orders by picking-up the right ingredients from the aisles and putting them in a standardized bag. New recipes would be designed to make sure the drone is able to carry them to the destination. 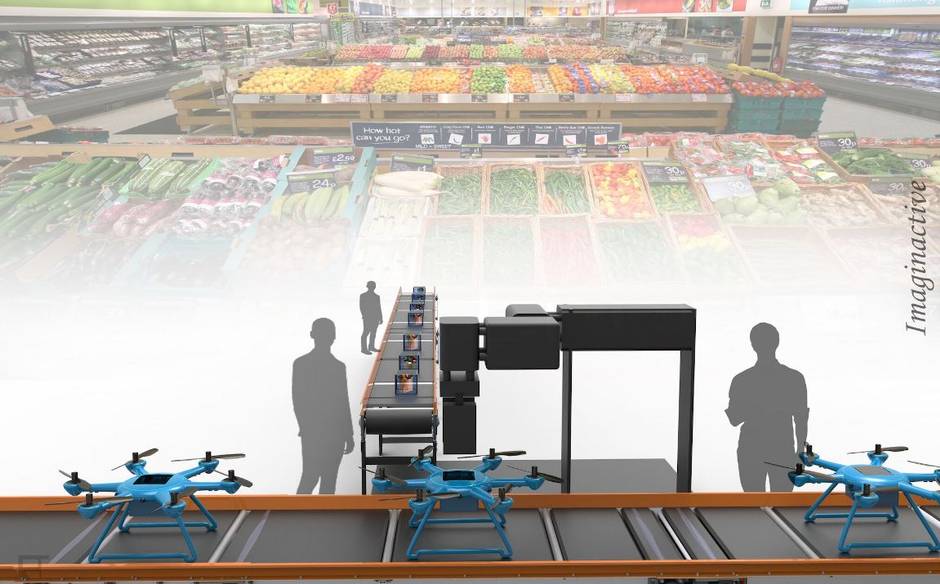 When real orders come-in from clients, the Foxtrot would notify store employees of incoming pick-ups and include an estimated time of arrival. The employees would simply need to place the bag inside the Drone’s basket and the Foxtrot would then take-off and head out to it’s client. The Foxtrot would then warn the client the same way (ETA etc) and leave it’s cargo on the balcony or the front steps of your home. When the food (or product) is delivered, a picture could be taken and sent to confirm and apply the charge.

The TV show producers would include the list of ingredients on the Foxtrot app and groceries could be notified in advance of the new recipes to prepare themselves. Of course this could also be applied to other products. 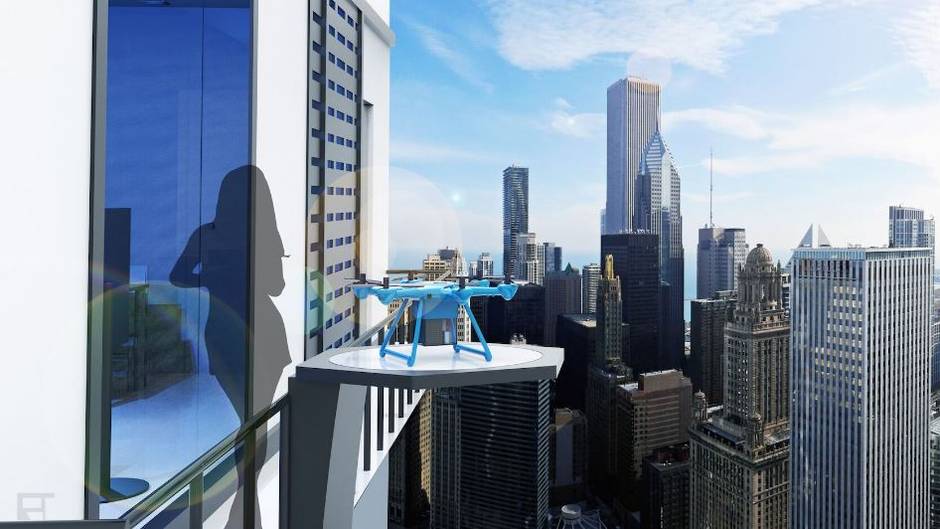 I am not a hard-core fan of ‘express consumption’ but it would be nice to have such a system in place that would link various media (TV, Web, Social Networks) with shipping companies (Drones or existing vehicles) and consumers. If you avoid taking a 2,000-kilogram car to the store to buy four pounds of ingredients you will also save fuel and pollute less. 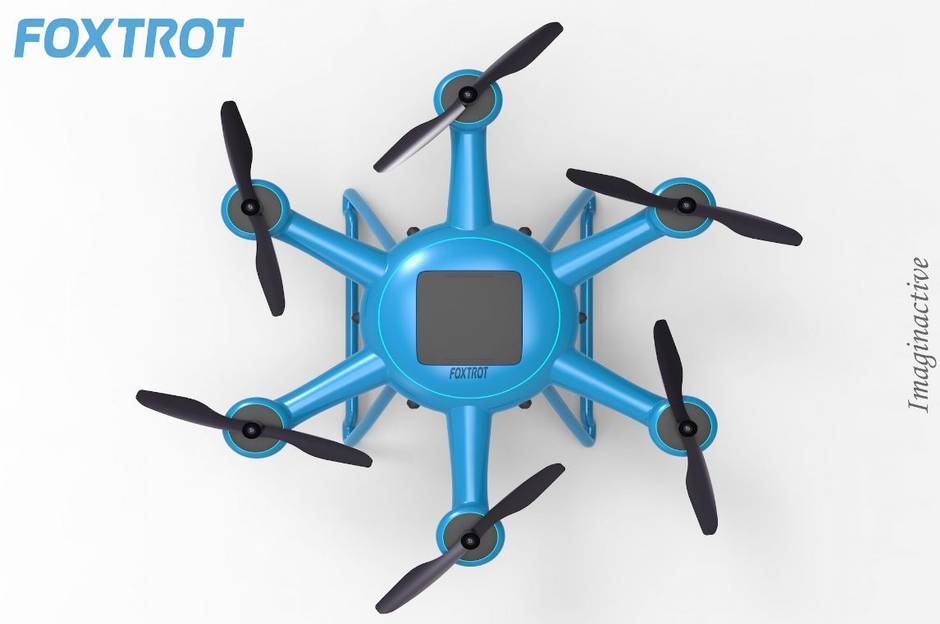 The Foxtrot concept was developed in collaboration with Ashish Thulkar, an Industrial Designer from Bangalore, India. Thulkar graduated with a master’s degree in design from the Indian Institute of Science in 2014. He currently works as a freelance vehicle designer at the Indian Institute of Science. He also created the Drone Tower concept and the Cyclotron urban commuting driverless motorcycle. 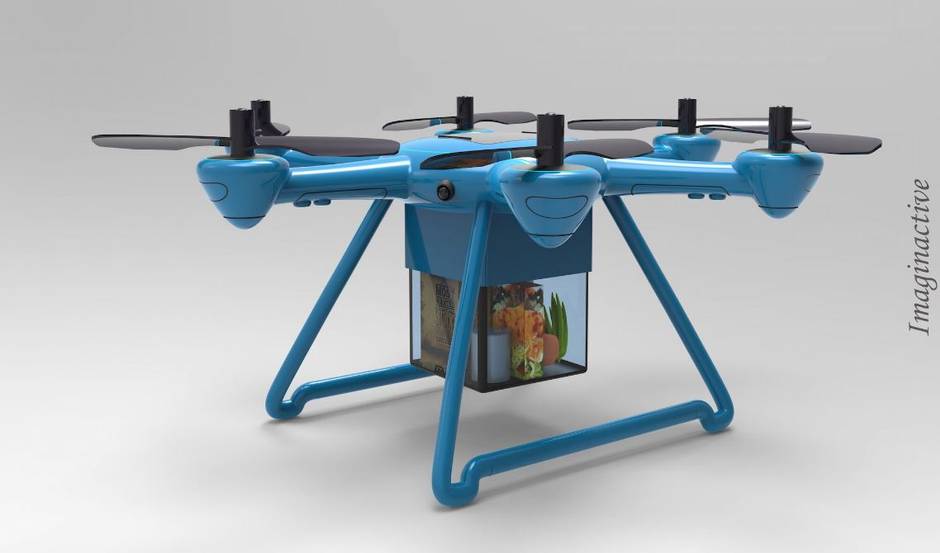