Gerald Panneton is a geologist, an expert in gold mining. He has an executive profile page on Bloomberg. Report on Business ran a story on him a couple years ago when he left his post as CEO of Detour Gold.

Now, with more time on his hands, his hobbies include ski racing, golf, spending time at his cottage on what he affectionately refers to as "The Lake of Bay Street," and today's activity of choice: driving fast.

To do so legally, Panneton attends a local track day. Unlike other, better known hobbies of the leisure class, this one has no great romance. It does not conjure images of hearty backslapping and afternoon cigars by the clubhouse – no smoking around the high-octane fuel, please. If anything, track days conjure only vague images of greasy fingers and tire irons, or maybe the opening scene of Sophia Coppola's Somewhere: an existentially bored man driving in circles around an empty track.

In Europe, private racing resorts exist to bring that country club vibe to the supercar set: Ascari, in southern Spain, and Bilster Berg, in Germany, come to mind. The Monticello Motor Club in New York comes close. There are plans to bring such places to Canada, but they're still a work in progress. For now, those with a need to go fast, like Panneton, head to track days at places like Canadian Tire Motorsport Park (CTMP).

It's a mild mid-week day at the height of summer. Getting to CTMP from Toronto involves heading east on Highway 401. Traffic is bad, clogged like an artery waiting for a stroke. Cars move in fits and starts for no apparent reason other than the obvious: the Greater Toronto Area is home to more cars than even this 16-lane megahighway can handle. If you're looking for speed, you won't find it here.

The tarmac at CTMP is wide and smooth. It's built for speed and requires commitment to get a respectable lap time.

Once upon a time this track was home to the Canadian Formula One Grand Prix. Legendary drivers have raced and won here: Stirling Moss, Jacky Ickx, Bruce McLaren, James Hunt, Mario Andretti, Jack Brabham and Emerson Fittipaldi. The place has a rich history.

Today the pit lane is full of amateur drivers taking a day off work; one participant says he told the office he was "taking a course" and wouldn't be in.

There's a better selection of cars here than you'd find on any given weekend in Toronto's fashionably expensive Yorkville: A few Corvettes; a Nissan GTR; a rare Ferrari 360 Challenge Stradale road car and its racing cousin from the Ferrari Challenge series; a Mercedes E63 AMG four-door family sedan; a Dinan BMW 1M; an older Ferrari F355 race car; a heavily modified last-gen M3 with ESS Supercharger kit and RAYS Volk rims; a McLaren MP4-12C and a pair of 650s; a black Honda NSX; and many Porsche 911s of various vintages and states of race-readiness, the highlight of which is a genuine 1973 2.7 RS – worth as much as $1-million.

Panneton flies his driving coach to Canada from Germany every summer. Marco Werner is the man who provides the masterclass, but the three-time Le Mans 24 Hour winner isn't here today. His signature, however, is on the rear wing end plate of Panneton's Porsche GT3 RS 3.8.

The car is running slick tires fitted to centre-lock rims. Panneton is wearing a full fireproof onesie and helmet.

I buckle up for a passenger ride. Turn 2 drops down and to the left. It feels like a never-ending almost-crash. Panneton's hands move slowly, turning the wheel with precision, while everything else moves fast. Turn 5 is uphill, with a crest into a double-apex 180-degree right.

The Porsche's suspension compresses and the underbody scrapes the track under hard braking. The lessons from Werner have paid off. We touch 240 km/h on the back straight, before entering the final S bend at 150 km/h. Four kilometres and 10 turns are dispatched in about a minute and a half. After a few laps, my neck muscles are beginning to strain.

Getting out of the car is like emerging from a plunge into icy water. Total mental focus gradually gives way to the realization of what just happened.

"It's an adrenalin thing," Panneton says.

Yes, but it's also an escape, a distraction, a break from the everyday. The danger, although minimal, is exciting, too.

Other participants talk about how track driving clears the mind, that money or deals are not discussed – it's about getting away from that. Chatter around pit lane focuses on cars, car parts, new cars and driving cars. The appeal of a track day is in learning a rare skill, learning to push a car to its limit and survive, learning to set a fast lap time.

This track day, run by 6th Gear, offers unlimited lapping all day with a break at lunch for a spectacular four-course catered meal. All participants here have had previous track experience. Other days are open to beginners and offer private instructors or group tuition. Prices for a track day at CTMP range from a few hundred dollars on up. (Torontotrackdays.com is a good resource if you're in Ontario.)

Track days are a pastime best accompanied by a tall pile of cash to burn. Although they can be done on a shoestring, in whatever car you drive regularly, it's imperative to budget for fuel and tires and a thorough pre-track inspection of the car. Most cars aren't happy on a track, but something fun can be found in classified ads for a few thousand dollars (plus a few more to get it track ready).

By mid-afternoon, tired and satisfied, some participants leave. Again it's rush hour on Highway 401, but this time the stop-and-go traffic isn't as frustrating. The need for speed has been satiated.

Inside the money, machines, oysters and privilege of Pebble Beach
May 15, 2018 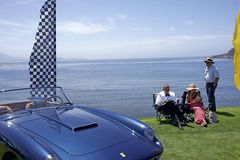 Consumers say they want green rides, but sales of gas-guzzlers are sky-rocketing
May 15, 2018 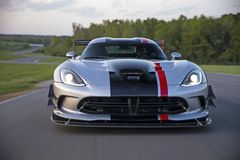