To be honest, I didn’t expect to feel so humbled. A few weeks back, I offered to give away my 1999 Camry XLE V-6 free to a good home. Generosity was not the motivation. I hated the notion of junking a faithful vehicle and thought a mechanically inclined reader would take it off my hands. We’d let readers vote for their favourites and I’d make the final call.

In photos: Toyota Camry being given away for free

The response was overwhelming – both the abuse from Toyota Camry haters and the letters from people who wanted my old car. We received more than three dozen applications. It quickly became clear that we couldn’t dump the vehicle “as is” and a kindly mechanic – Lou Trottier from All About Imports in Mississauga – stepped in and offered to fix it up free. Toyota Canada threw in $500 to help offset some of the costs. Readers voted for who they thought should receive the car and I interviewed the finalists.

And so I found myself having to select the “winner.” I found myself humbled – completely unqualified and undeserving. I’m a humorist (think: unfunny comedian who writes things down). I’d conceived of the idea as a good humour column. Who was I to judge who was most deserving? The applications were well written and heartfelt. People needed a car so they could work, so they could drive to medical appointments, for family.

My humility was exacerbated by people who volunteered to help turn my old Camry into a great car, people such as Lou and contestant Steve Maxwell from Manitoulin who wrote this: “Please thank Andrew for the phone message he left today. I guess I’m one of the final finalists for the Camry. I was looking over the entries that have made it this far, and I see that some people need the car more than I do. With that in mind, I’ll withdraw my name to give one of these people a better chance.”

After careful consideration, I narrowed it down to two. There was Nitish Sakhuja, a comedian from Toronto. His old car had been demolished when it was hit by a texting driver. He’d taken the insurance money and put it toward first and last month’s rent in Toronto. He needed a car to help take his comedy career to the next level. This was a soft spot. To a comedian, a car is lifeblood. I know how hard it is. Nitish is a funny guy and he sure as hell needs a good automobile. 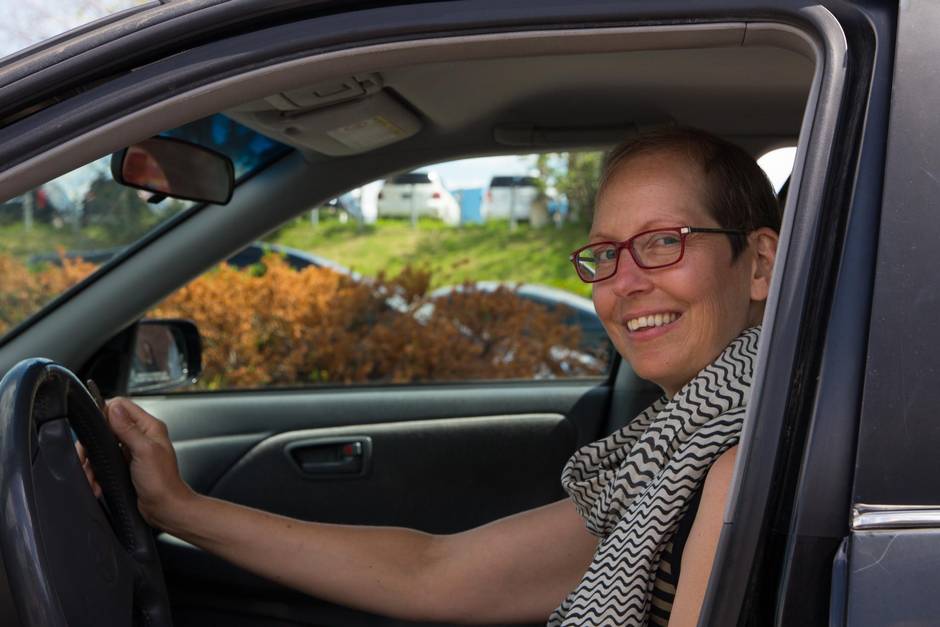 The second contestant was Kim Coffin, from Hamilton. Now, as far as I’m concerned life is random and, to some it deals out an unfortunate amount of adversity. It’s fair to say Kim qualifies. An intensive behavioural intervention therapist by trade who worked with autistic kids, in 2012 she was diagnosed with breast cancer – two types, one in each breast. She underwent six rounds of chemo followed by bilateral mastectomies and lymph node dissections, 32 more rounds of radiation and a prophylactic hysterectomy and chest scar removal. She drove herself to treatment and, when she was incapable of making the trip, her father would drive. He passed away in December, 2014, a month before her last procedure. The cancer and its accompanying expenses had depleted her savings. She wanted the Camry “to stop using the services of the Canadian Cancer Society and start transporting myself so that someone who is currently undergoing cancer treatment can use their services.”

Kim’s story reminded me of my mother-in-law, Helen Thomas. She’d grown up in Detroit, the daughter of Lebanese immigrants who ran a grocery store. This was Motor City in the 1940s and cars counted. When someone bought a new Ford, the entire neighbourhood came out to see. A feminist who refused to watch Mad Men because she’d “lived it,” Helen went on to become a reporter at The Detroit News before immigrating to Canada. She could remember every car she’d owned and would happily discuss the merits of various models. One of her favourite television shows was Car Help Canada with Mohamed Bouchama.

In photos: Kim Coffin picks up her car

In 2000, Helen was diagnosed with cancer and given a 5-per-cent chance of surviving. She went through the torturous operations and the chemotherapy and, when it was all over, she bought a new car.

She didn’t lease it. She didn’t provide a down payment. The woman with the 5-per-cent chance bought it outright. That was the grocer’s daughter from Motor City’s way of telling cancer, “I’m not going anywhere.”

And she was right. 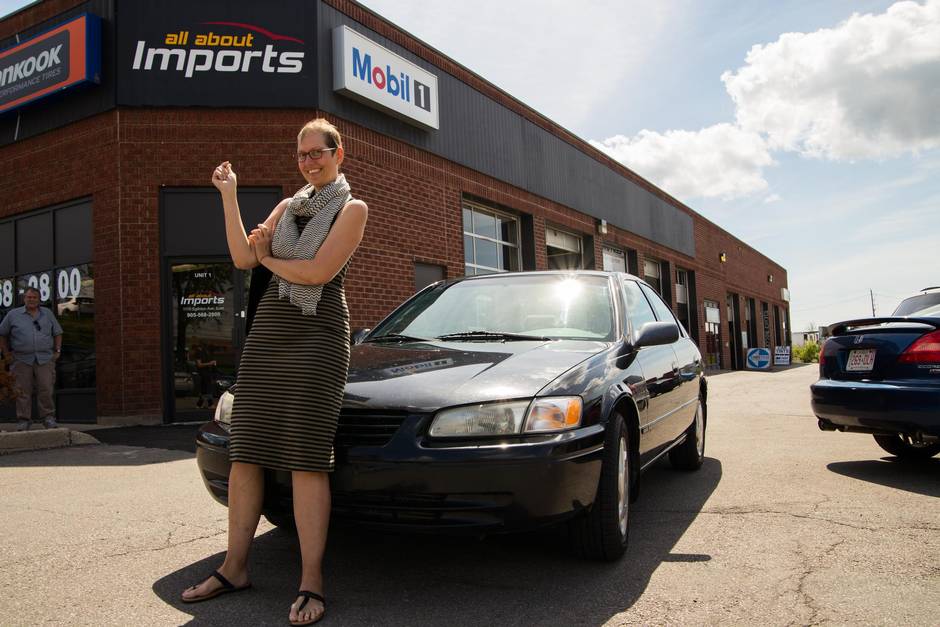 Helen Thomas survived. She saw the births of all four of her grandchildren and lived 14 more years – all the while logging as many miles as she could on her Nissan (often to and from Detroit) – until she passed away last September. And so, in Helen’s honour and her memory, I’m giving the Camry to Kim Coffin.