It was 1974, and a first-generation Volkswagen Rabbit was parked in our driveway.

As a young boy, this was a pivotal moment. A new family car is fun, it's bonding, the Rabbit logo on the hatchback easy to anthropomorphize.

Yet, I remember wondering what our Rabbit's place was among the other VW models at the time, what it meant about the car, about us, about our place in the world. Why a Rabbit and not a sportier Scirocco?

Branding experts describe this as children's intrinsic need to categorize. To me, it just meant that Mom and Dad didn't jibe (if I could find the words back then) with the Scirocco's louche, tweed-blazer-and-turtleneck image. And the VW Dasher just seemed big and boring. I would go out and check on the Rabbit in the evening.

This inevitably led to sizing up the competition – namely the tiny, round-backed Honda Civics of the day. Too cramped, Dad said. And the Rabbit? Peppy, he said. It was a word I don't remember ever hearing him say about a car before, or after, as he coaxed the Rabbit up steep hills, no doubt getting our old Dodge Dart Swinger out of his system.

And so it continued. Car categorizing led to identifying and comparing planes with Dad – L-1011, 727s, DC-10s – then shifting in preteenhood to motorcycles, which didn't include Dad, debating alone my top choice of a 400cc Honda Hawk versus a BMW R80GS. I doubt I had much idea what I was actually debating. (This was years away from ever getting anywhere near a motorbike, so the debate was entirely moot. It's still moot.)

And now I see it in my son, as he asks about car logos and motorbikes and the different kinds of drivers the brands are trying to attract, punching me whenever a Punch Buggy is spotted far beyond my waning eyes, mulling the morality of VW and its emissions scandal. (Volkswagen has perpetually followed my family and me.)

"By 3 or 4," said Barbara Phillips, professor of marketing at the University of Saskatchewan, "children have a good grasp of a lot of different brands." At the earliest stage, these are usually brands more vital to them than cars. Cheerios, for instance.

There is some overlap though. The Hot Wheels and Matchbox habit starts young. So does a young boy being aware of emissions scandals. Yet becoming aware of the world through brands generally comes with the next wave of categorization, Dr. Phillips said.

So, in this sense, car culture starts out early with childhood categorization, "and then it gets into symbolic, abstract, consumption constellations of meaning. Who am I? What are my brands, and how is that my identity?" Dr. Phillips said.

There's the family dynamic as well, which forms tastes – that is, developing your personal tastes in relation to understanding the tastes of others. "So maybe Mom has a category she's very interested in. And Dad has a category he's interested in. To learn about those people is to learn about their interests," said T. Bettina Cornwell, a professor and head of the marketing department at the University of Oregon.

Expand that further, and it starts being about peers. For children, it's "the meaningfulness of that brand to themselves and sharing that information" with peers, she said. In short, it's about figuring out what's cool and what's not. (Prof. Cornwell is careful to clarify here, though, that there's so much more to childhood than brands. "Children should be children for a long time, instead of being mini-adults at age 7.")

The Rabbit continued to have cachet with us, if not exactly being cool. The rear foot mats would sometimes have thin pools of water which seeped up on rainy drives. I would have to sit with my feet resting higher, a film of water rolling back and forth. It soaked a clutch of prized comic books on one car trip.

Dad eventually decided it was enough. He traded the Rabbit in for the most dependable, least eye-catching car ever to roll off an assembly line, a beige and pea-soup-green Chevy Malibu. At that point, the family car stopped being a focal point. I was already on to racing bikes anyway. 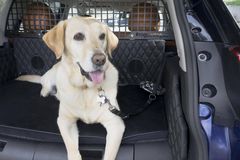 Ten tips for a successful road trip
May 22, 2017
Follow Guy Dixon on Twitter @Guy_Dixon
Report an error Editorial code of conduct
Due to technical reasons, we have temporarily removed commenting from our articles. We hope to have this fixed soon. Thank you for your patience. If you are looking to give feedback on our new site, please send it along to feedback@globeandmail.com. If you want to write a letter to the editor, please forward to letters@globeandmail.com.
Comments