She distracted me from my futile attempt to amuse her with my vast knowledge of obscure musical trivia by noting that the driver two lanes to our left obviously had his eye on the exit two lanes to our right. And, in the time-honoured tradition of big-city driving, he was aiming to reach his perilous goal in a matter of metres. He was also one of those drivers who treats the law on signal lights as more of a suggestion, like those "dry clean only" tags on shirts.

I slowed as he moved into the lane next to us and, to ensure that he was at least somewhat aware there were other cars on the road, tapped my horn. It wasn't a "you must have got your licence in a raffle" blast, but a gentle "please don't kill us" tap. Regardless, it resulted in yet another time-honoured highway tradition.

As he cut in front of us, he flashed the middle finger of his right hand. He may also have shaken a cloven hoof at us, though he was moving too quickly for me to be certain.

It all became clear as he continued sweeping across lanes, possibly heading to an axe murderers' convention, that he had every right to give me the finger: It was my fault.

I take full blame for not being ready for the urban version of guerrilla warfare. Years of city driving should have prepared me for this immutable rule of the road: If you are on a highway and approaching an exit, somebody is going to turn into the Son of Sam.

I should have assumed, as in most driving situations, that all others on the road are either suicidal, homicidal, incompetent – or all three.

Like the guy I saw a few years back who, apparently suddenly realizing he needed to take the Highway 403 exit off the eastbound QEW near Oakville, came to a complete stop and crossed three lanes at a 90-degree angle. The fact he broke with tradition and used his signal lights was probably the difference between four dozen red brake lights and carnage to match the Battle of the Somme.

That, and our restrictive gun laws.

Maybe he was distracted by an intense phone conversation, possibly with his therapist. Maybe he was engrossed in personal grooming. Or maybe he hadn't given a moment's thought to what route he was taking and reacted like someone who had just been dropped blindfolded into the Amazon without a compass.

All are possible, but the last one is the most likely. So says Teresa Di Felice, who in her role as director of driver education for the Canadian Automobile Association hears far too many horror stories like this.

"Too many drivers don't plan ahead," she says. For them, "ahead" means two car lengths.

Make sure you're at least in the middle lane one exit ahead, she advises. And, in what might be tantamount to suggesting the use of a parachute when skydiving, she urges drivers to move one lane at a time.

As simplistic as that may sound, it will obviously come as a novel suggestion to many.

But nowhere near as novel as her other suggestion: If you realize that you may trigger a multicar pileup to reach your exit, you can – and here's the stunning revelation – get off at the next one.

Unless you're driving in Greenland, where the exits are 1,000 kilometres apart, this will likely set you back no more than five minutes.

Not only will it potentially save lives but will give guys like me a chance to finish demonstrating our trivia expertise without fear. 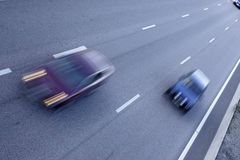 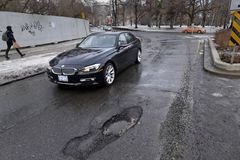 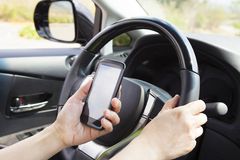 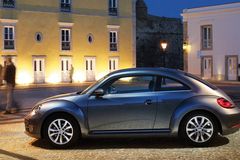 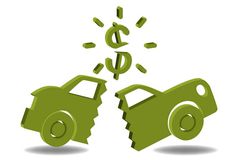