Here’s some automotive excitement you can hold in your hand: the keys to a bright blue, stickshift Camaro SS, and a rally-striped one-64th scale version of the car. Talk about a pair of Hot Wheels, one powered by a 455-horsepower small-block Chevy V-8, the other fed by imagination. Pop the cardboard off the plastic bubble, tuck the toy in your pocket and hit the starter button. It’s playtime in California. 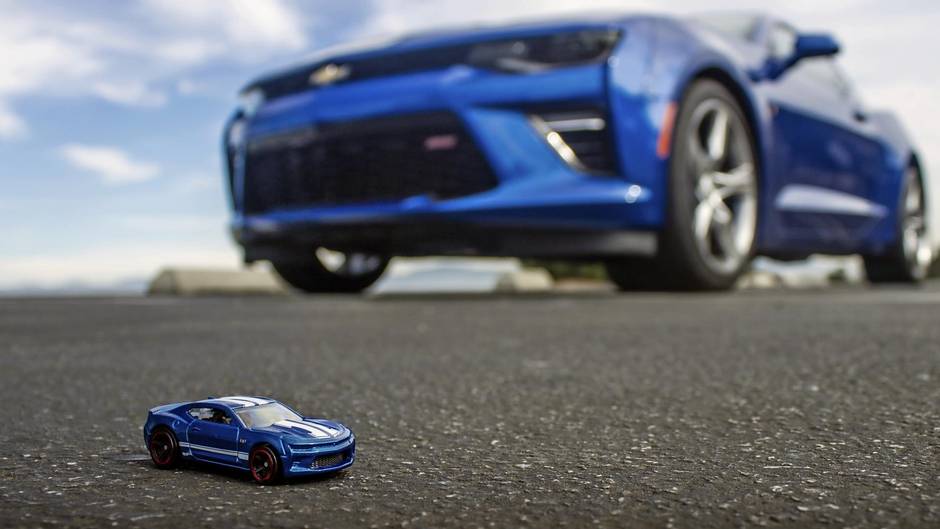 The Camaro celebrates its 50th anniversary this year, old enough to have been a dream car to a kid growing up in the 1960s and 70s. If you didn’t have your license, no problem: Starting in 1968, putting some all-American muscle in your personal garage didn’t require a driving test, and only cost around a dollar. Hot Wheels released 16 models in its first run, starting with a dark-blue custom Camaro. It was an instant success.

General Motors has recognized this link before, releasing a Hot Wheels package for the Camaro in 2013. Essentially a cosmetic upgrade, the so-equipped car nonetheless highlighted the two-way street between automotive reality and scale-sized fantasy. Hot Wheels is car culture and car culture is Hot Wheels.

With that in mind, I slotted the rumbling Camaro’s shifter into first gear and set a course for a business park in El Segundo, Calif. Here, in a low building that looks utterly unassuming from the street, is the Hot Wheels design studio. It’s where dreams become real. 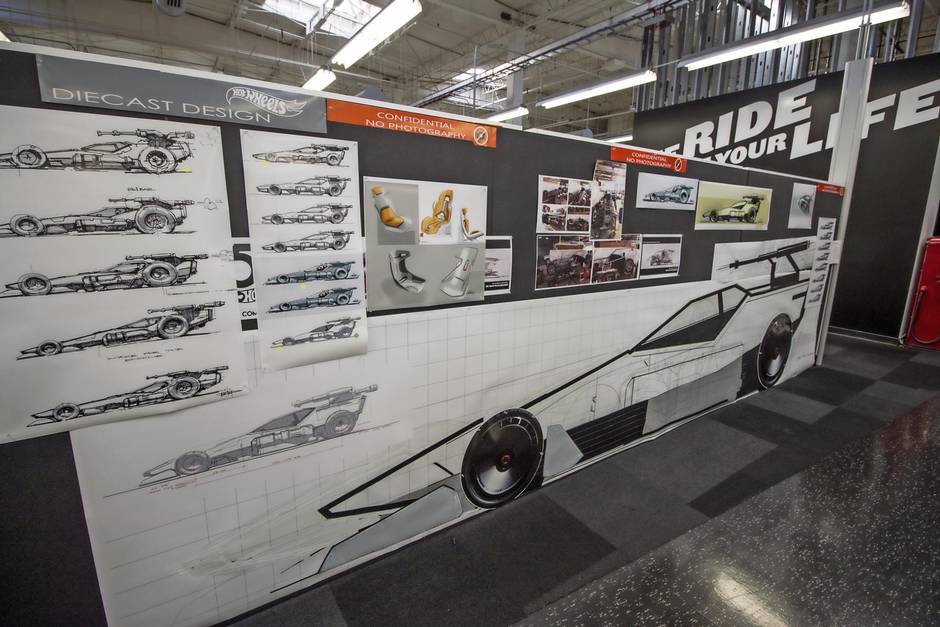 Talk with any automotive designer, and you’ll soon realize that the reality of building a car to modern requirements is a Herculean task. If you grew up doodling cars in the margins of your schoolbooks, it has to be disheartening to learn that a low, wedge-like silhouette won’t pass pedestrian safety regulations, or that a complex curve is just too expensive to manufacture. Not only must the bean-counters be appeased, but you’re also working as a single cog in a machine; you’re more likely to be designing a single element, like a headlight, instead of a whole car.

At Hot Wheels, there are no such constraints. The designer of that first Camaro, Harry Bentley Bradley, was a trained industrial designer who worked at General Motors; against official company policy, he illicitly submitted his wilder designs to Hot Rod and Custom magazines, publishing them under a pseudonym in his off-hours. Mattel approached him in the mid-1960s, and he ended up creating most of the original run of 16 cars, each a little love poem to SoCal car culture. 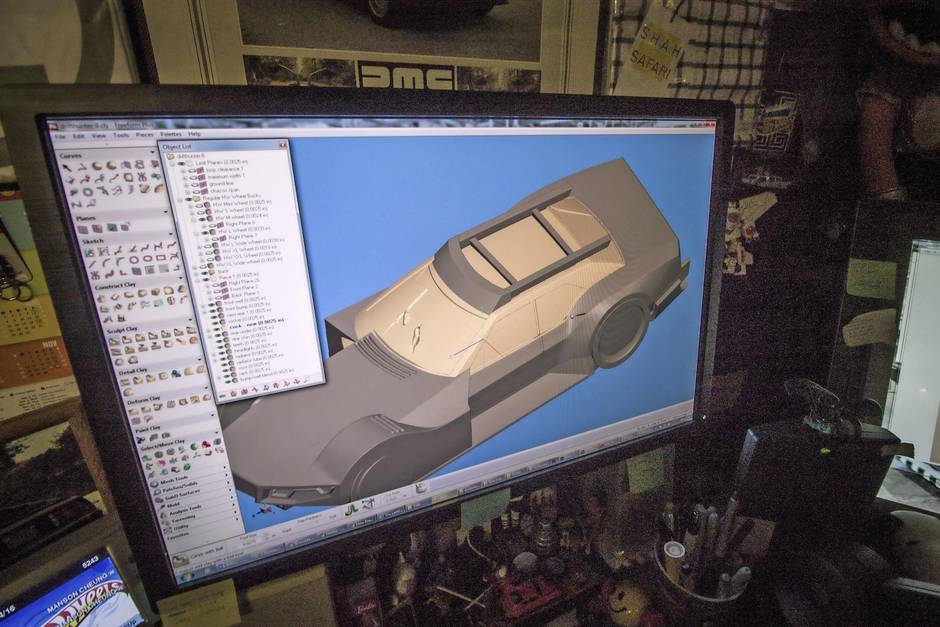 I park the Camaro next to a Prius (hey, Mattel has an accounting department, too), and walk through the front doors. Hot Wheels runs on an 18-month development cycle and it is already ramping up for its 50th anniversary in 2018. Much of what I see scattered on tables and sketched out on workboards isn’t allowed to be photographed.

Over the course of a year, the Hot Wheels design studio will produce 1,000-1,200 unique cars. That’s more than 100 different castings, each with unique paint schemes. Some models aim for authenticity, like the speed-record livery of the green-and-yellow Toyota 2000GT. Some are just flights of fancy, like the just released X-wing for the Star Wars line.

I can’t tell you about the upcoming line, but I can talk about how a Hot Wheels comes to life and shows