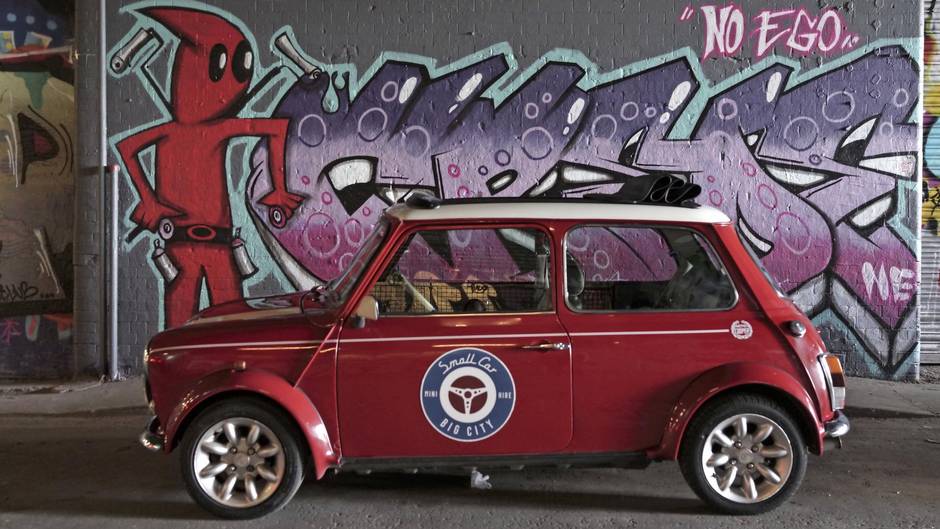 The classic Mini is, to foreigners, as British as the double-decker bus, the red telephone booth, the Queen and Indian curry. Every member of the Beatles drove one.

If Mini – as a brand, a business, a style icon – is going to thrive on the streets of London and other rapidly densifying cities around the world, it’ll need to evolve, and quickly.

Spend a few hours in London and you’ll see the Mini has been outmoded by the maximum for a lucky few: hulking Range Rovers and chauffeur-driven Bentleys and camo-wrapped Rolls-Royces.

Somewhere near Westminister, a classic Mini driven by a Canadian narrowly avoids being compacted between a pair of red double-deckers, which are not so cute when their bumpers are bearing down on you at head level. The window pillars on the Mini are as thick as a bendy straw and offer about the same level of crash protection. 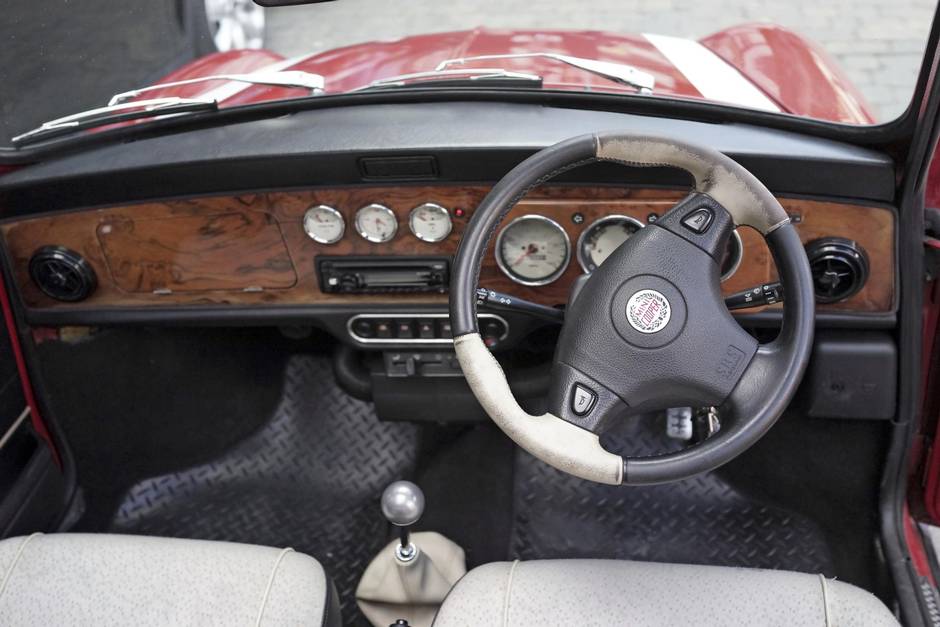 Despite the fact I’m driving on the wrong side of the road, shifting gears with my left hand and was nearly crushed by a bus, the old Mini is still pure joy.

It turns out 100 horsepower is enough to have fun and four gears are all you really need. Traffic is so bad, we only got up to third. The cabin, with no safety features to speak of, is surprisingly spacious, and the car is so small it makes London’s narrow lanes feel generous. The steering wheel is nearly flat, and the ride is atrocious on big alloys, but it accelerates and turns without inertia. The experience is Mario Kart made real. It’s bliss on a sunny summer day with the cloth roof folded open.

“People often ask me why the classic Mini Cooper is so incredibly popular,” Robert Welch says. His first car was a classic Mini. He was 17 and it was love. Now, he runs Small Car Big City, which does tours of London in classic Minis, and whose car I’ve rented. “I think it’s because [the Mini’s] got a really cute face; it drives incredibly well; it was bought by the rich, the famous, the poor and middle classes; it was a symbol of the 1960s, a real icon of changing times.”

The times are changing again, and so must the Mini. 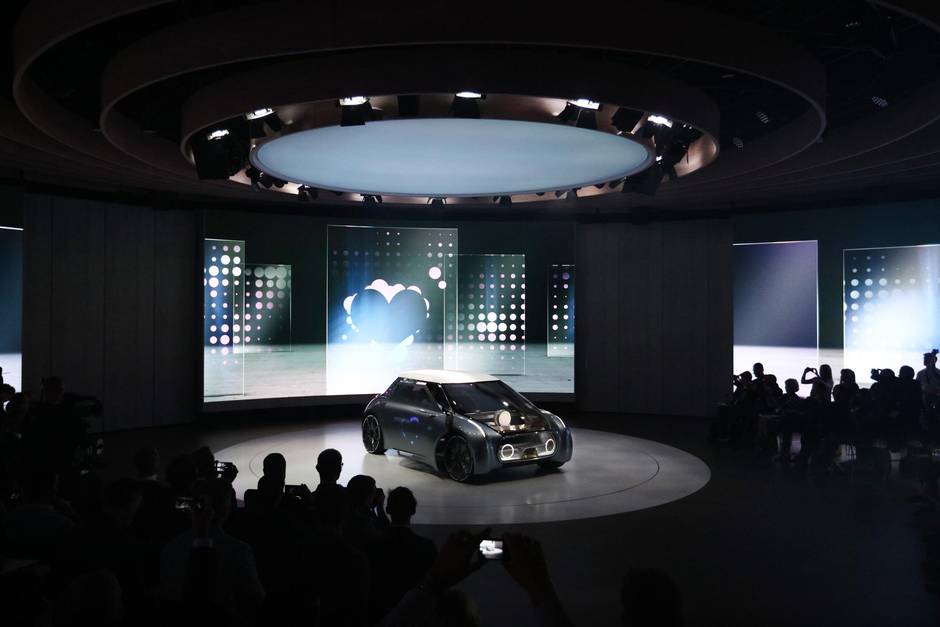 At a smoke-filled unveiling of Mini’s Vision Next 100 concept at the Roundhouse in London, BMW Group executives and designers discussed the future. They spoke of digitization and connectivity and sustainability in a mostly meaningless jumble of buzzwords. Still, the overarching message was clear.

“We are confident the [car] industry will change more in the next decade than it did in the last 100 years,” says Peter Schwarzenbauer, member of the board of management at BMW and Mini. The Vision concept is about getting ready, imagining the future and working towards it.

Where technology will go and what the market will want is guesswork. Two things are certain: More people will be living in dense urban areas, and traffic congestion will only get worse.

With the Vision concept, Mini’s designers have imagined a future when you won’t buy a car, but a car plan or a service. Like a cellphone contract, you’d pay for so many hours of use a month. In return, you have access to a global fleet of Minis, and never have to find a parking space. Autonomous and electrically-powered, it will deliver itself to you, remembering your Spotify account, recent destinations and how you like your seat. The car’s sensors and cameras will recognize you as you walk up to the door and have everything configured just the way you like. You can drive it yourself – Mini executives promise their cars will remain fun to drive – or you can push the steering wheel away and let the car do the driving.

Customizable graphics on the doors and roof change with each driver. The concept car greeted each of the models who brought it on stage by name, shining “Welcome back, Aleck” onto the curb. 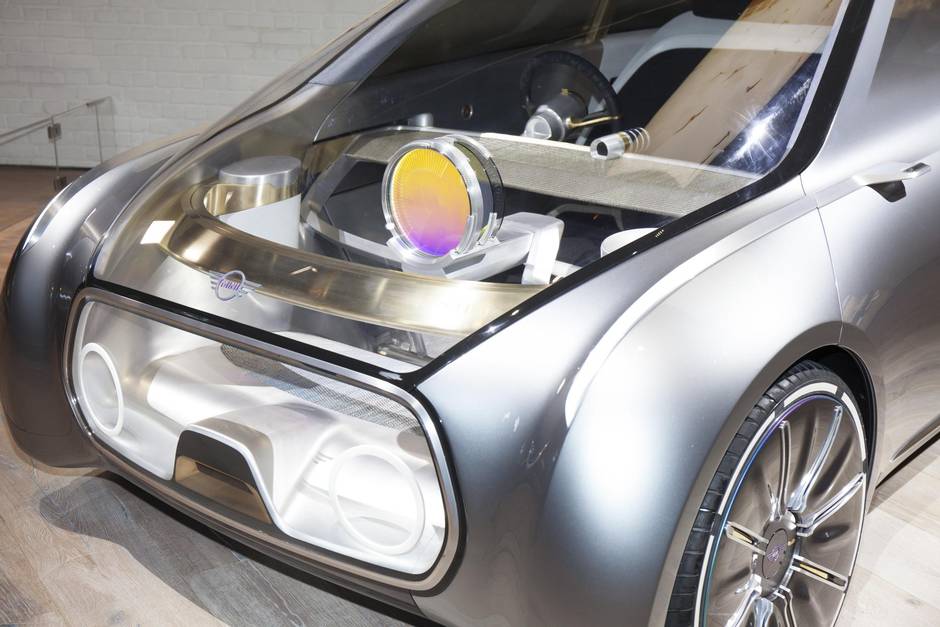 It sounds like science fiction, but the technology to make it real is in development and, in some cases, already on the road. The Vision concept won’t be in showrooms before the end of the decade, though. Dates being bounced around by members of the board were 2025 or 2030.

The interior is spectacularly simple and beautiful. Every inch of the platform not taken up by the wheels is dedicated to passengers. With no combustion engine hogging space, the dashboard is gone and the front of the car is transparent.

“The idea of a clever use of space is in the DNA of every Mini,” says Anders Warming, head of Mini design. 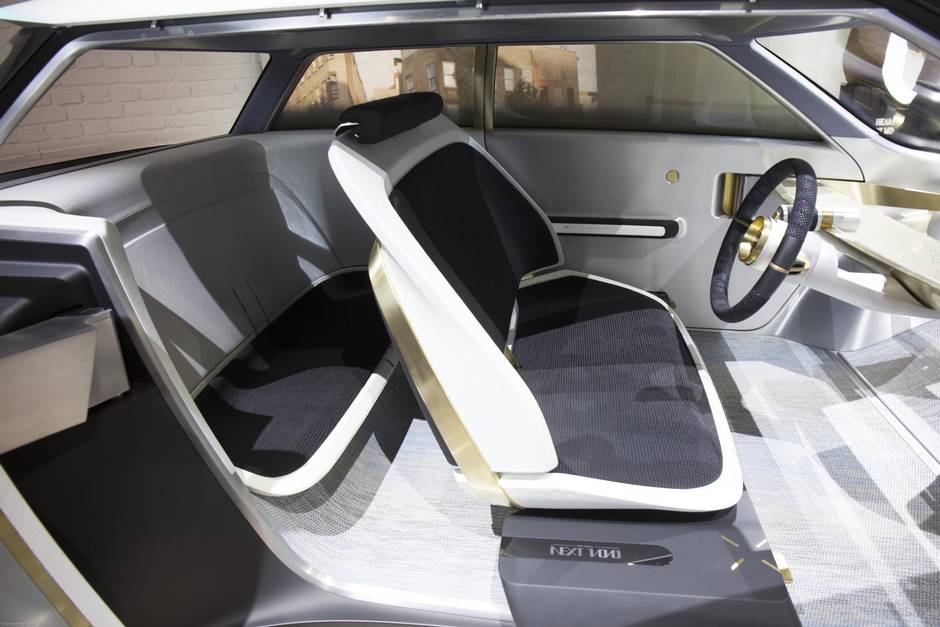 After the Second World War, the Mini was designed as an affordable means of transport for families barely off ration cards. It was an engineer named Alec Issigonis who turned the engine sideways and pushed the wheels out to the corners, creating a large cabin on a small footprint. Everything about the car was simple and space-efficient, cheap and cheerful – sometimes to a fault. But the Mini made car ownership affordable, and so it became ubiquitous in postwar Britain.

The Mini’s image changed again in the 1960s. Its car-of-the-people cache made it popular among musicians, movie stars and models, which suddenly made it cool. Even Enzo Ferrari drove a Mini.

When BMW Group bought Mini, the brand image changed again as the German brand played up the British heritage. Today, it’s mostly a product for aging hipsters and millennial moms and dads.

Through it all, the cars themselves never changed much. The style evolved slowly from the original and it remained relatively affordable. The car’s simplicity helped it fit the zeitgeist through the years. But the Mini is no longer the cheapest family car on the road. The three-door starts at $21,490. 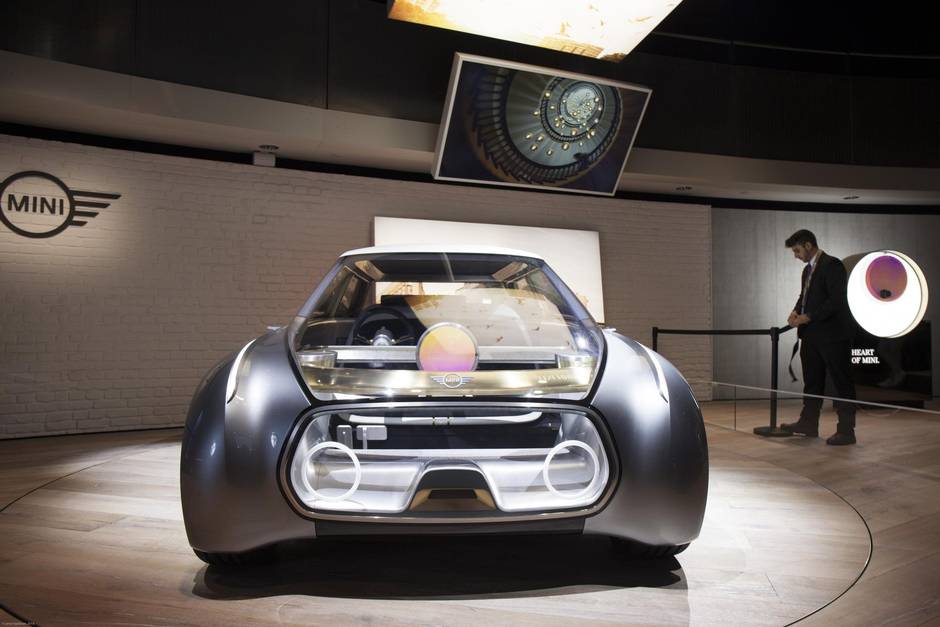 If Mini wants to recapture some of what made – and continues to make – the classic so essential, such a part of popular culture, the Vision concept is a good place to start. It’s the first Mini since the original to take the clever-use-of-space idea further. As cities get more crowded, it’ll only become more relevant. An autonomous Mini, shared among subscribers should bring the cost down, too, once again making it a car for the people.

Londoners generally don’t smile in public, but tourists do. They stare and crane their necks as the Small Car Big City Mini Cooper drives past. The roof is at waist height for pedestrians. “Wow,” said one girl as the Mini drove past, ignoring completely the beautiful stonework of historic London behind us. 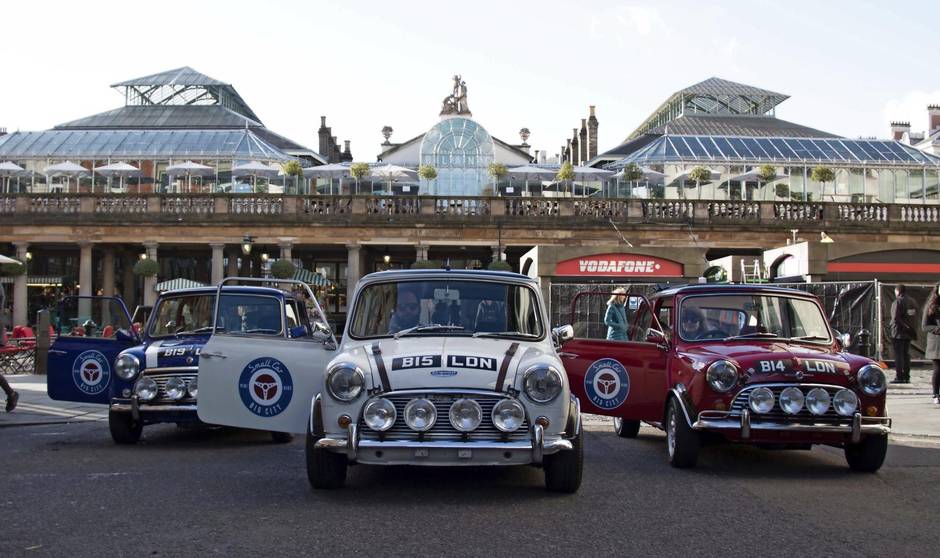 Want to drive a classic Mini of your own through London?

A Mini is an excellent, affordable way to get into classic car ownership. “You can spend £1.4-million [$2.58-million] on an Aston Martin DB6 or you can spend £10,000 on a Mini Cooper and either way you’ve got an icon,” Robert Welch says.

His firm, Small Car Big City, offers city tours of London in a range of vintage Minis dating from 1967 to 1999. It provides the driver and the guide, or you can arrange to drive yourself if you’d prefer to pretend you’re starring in The Italian Job. Prices start at £119 for one hour.

What does it take to maintain an old Mini? Generally people are buying them now as classics, Welch says. That means they see less daily use. He estimates £500 a year to keep one on the road. “And parts are cheap: a hose is three quid; a bumper is £18.”

Prices for classic Minis are starting to climb, so if you take care of it, it might even be a good investment.