Winter. There are certain truisms about this chilly season:

The truest truth, however, is that somehow, Canadians are always surprised by its arrival – "Hey honey, look outside, it snowed!" "Wow! Snow" – and we follow up this astonishment by driving as if our collective brains were frozen solid.

In many parts of this great nation, winter has already taken icy hold. In Southern Ontario (the centre of the universe), it's due to make its gusty debut. Now is the time to inoculate the motoring population and stave off a bad-driving epidemic.

It's in this spirit that I present a Canadian Guide to Winter Driving. Here are the "dos" and "don'ts" and the "woulds" and "won'ts."

Whether you need winter tires is a subject for much debate. If you are concerned about safety and want to have better braking distance, then you need winter tires, since they remain supple in frigid conditions while all-seasons harden and supply less grip. If, on the other hand, you're okay with being in a horrific crash, you don't need them.

What to do when it snows

When the first snow falls, most Canadian drivers fall into one of two camps: They either freak out and drive at dangerously slow speeds in abject terror; or they go into willful denial and race along ice-covered roads as if they were in Death Race 2000. The best course of action is somewhere between the two. In a snowfall, slow your speed but don't become inanimate. Give yourself extra reaction time in case of a skid. And avoid using cruise control.

Occasionally, the government will issue a warning telling drivers that conditions are so dangerous they should not drive unless absolutely necessary. Some motorists view these as "winter weather suggestions" and head out anyway. If you do this you will miss out on one of the best things about winter: not going out because it's winter. Put on the kettle. Open a bottle of Champagne. Grab a book or just go to sleep. These options are more fun than being trapped in a snowy ditch. If, however, this is a scenario you and your partner are into, then in the backyard role-play "driver trapped in a snowy ditch and the tow truck person." This is safer.

One key question you will be asked when applying for a driver's permit is, "Can you see?" Being able to see the road is an essential part of the driving experience. When your car is covered with so much snow it looks like a rolling igloo, then odds are you can't see where you're going. This is irresponsible and dangerous. But don't worry, there's a solution. When you see that a fresh coating of snow has blanketed your car, use those fleshy things at the ends of your arms to clear it off.

Go back to school

If you are serious about having a safe and sensible season then you should consider participating in a "skid school" (also known as a winter driving course). These generally run on a single day and tend to cost around $500. They're fun, challenging and potentially life-saving. I've never met a driver who has regretted taking one.

So there you have it. These are a few jumping-off points. They'll get you in the right frame to greet the snowy season's roadway vagaries. Winter in Canada is long and cold, and there's nothing we can do about it, but we can do our part to make winter driving a little more tolerable.

Time for that annual debate: winter tires or all-seasons?
November 13, 2017 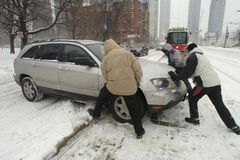 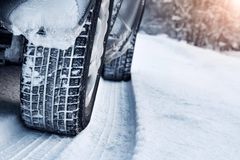 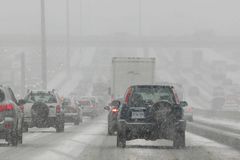