San Diego, 1959: It was the oddest of car chases. In front, a flatbed carrying a tiny pickup truck from the Far East; behind, a former U.S. Navy serviceman, eagerly determined to buy it. Things came to a head at Ray Lemke's tiny Datsun dealership, where the truck was unloaded.

Richard McCrutcheon, the Navy veteran in question, wrangled with Lemke over the toy-sized pickup. He was familiar with the then-unknown Datsun brand, having had experience with these tough little cars while posted in Japan. The two men struck a bargain, which Lemke promptly regretted: He'd have to wait three months to get another display model. It was the first Datsun pickup sold on U.S. soil.

At the same time, thousands of kilometres across the Pacific, Toyota executives plotted a strategy of acquisition and domination. They knew their small-car line was struggling, and cast their eyes on Hino, a manufacturer of trucks, buses and some lighter passenger cars.

The prize in question was the Hino Briska, a light pickup truck adapted from Hino's copy of the Renault 4CV. Hino – which still exists as a subsidiary of Toyota, including a heavy-truck manufacturing division in Woodstock, Ont. – was vulnerable financially, and Toyota pounced. Both companies signed an agreement in 1966, and when Hino's chairman died some time later, Toyota took over entirely.

You may have never seen a Briska, but the truck it became is a global byword for toughness and durability. Starting in 1968, Toyota displayed a new model alongside its bare-bones Stout pickup. It was called the Hilux. Eventually, North American buyers would simply call it the Toyota Pickup.

It's difficult to overstate the importance of these little machines to the rise of the Japanese auto empire. In California, Japanese gardeners and farmers gave both Datsun and Toyota a chance to get a toehold, and as their early pickups were simple, economical and durable, the fan base soon grew.

In the early days, sales were miserable. Yutaka Katayama, best remembered as being the father of the Datsun 240Z, even went door-to-door to present his product to potential customers.

However, by the 1970s, Japanese pickup trucks were an established presence. Shunted along by thrifty little four-cylinder engines that were as durable as granite, they weren't fast or fancy, but they did an honest day's work without complaint.

Decades later, where have all the small trucks gone? The Toyota Tacoma is a strong seller with resale values that boggle the mind, but even the four-cylinder models are relatively huge. Ditto the Nissan Frontier. From small trucks approximately the same dimensions as a family sedan, both trucks are now properly mid-sizers.

So, too, is the competition. Many might have fond memories of the Ford Ranchero and Chevy El Camino that combined passenger-car attributes with a useful pickup bed, but both Chevrolet and Ford focus their energies on the full-sized truck market.

Yes, General Motors has both the Colorado and Canyon to take the fight to the Japanese trucks. Among other attributes, these two offer an efficient, torquey diesel – something Toyota fans have wanted in the Tacoma for years – and there's the burly ZR2 to kick dirt in the face of the Toyota Racing Development Toyotas and NISMO Nissans.

Further, Ford plans to bring its Ranger to U.S. and Canadian markets. Available overseas, the return of the Ranger gives Ford pickup-truck fans a smaller option than the full-sizer.

However, the mid-size market is just a sideshow to the main event. Ford sold 145,408 F-series pickups in Canada last year, easily making it the country's bestselling vehicle.

Not all of these trucks are for working. Even with fuel prices far higher in Canada than in the United States, there's a love for lifted trucks that will never see a single hay bale in the bed. Maybe some will tow a boat or a trailer, but few will receive the battering that an old Ranchero used to get.

For dealers and manufacturers, full-sized trucks mean profits, and that's what they're going to push with incentives. In the meantime, the last of the truly small pickup trucks march toward extinction.

Perhaps the last of them was the previous-generation Ford Ranger. Towards the end of its life, the little single-cab Ranger was as cheap as anything. It couldn't carry as much as the bigger mid-sizers, but for the casual home handyman or similar, it worked a treat.

These days, if you're in the market for a little truck, choices are slim. Chevrolet offers a stripped-down version of the Canyon for more than $20,000, a basic truck for the price of a compact car. It has none of the fizz of a ZR2 sliding sideways through gravel in a promotional video, but for working duties, it's a proper truck.

There's another unlikely option, too – one which tends to fade into the background amidst the big-wheel off-road aesthetic of the full- and mid-sizers. Plainly styled and lacking body-on-frame authenticity, the Honda Ridgeline is nonetheless all the truck most people need.

With four doors and a clever reconfigurable truck bed, the Ridgeline is a far cry from that first Datsun 1000 pickup. It's bigger, more comfortable, safer and has almost 10 times the power. Yet perhaps there's the same purity of purpose. Only what's needed for the task at hand: That's what makes for an honest truck, no matter the size.

What to consider before you shift gears from an SUV to a pickup truck
August 31, 2017 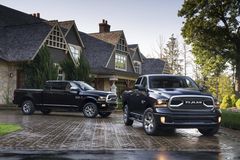 How to choose the pickup best suited to your needs
August 31, 2017 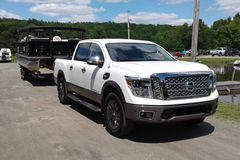