We recently bought our first home and will be buying a lawn mower, trimmer and snow blower. In doing my research, I found warnings about the harm that ethanol in modern gasoline can cause to these engines as well as to my dad's Olds 4-4-2, which I put away every winter. What is the problem and, more importantly, what is the cure? – Tom and Barb

In addition to being less volatile than gasoline – requiring more of it than gasoline to travel the same distance – ethanol can cause irreparable harm to gasoline-fueled internal combustion engines, whether in an automobile or a chain saw.

There are four problems with ethanol:

1.) It is corrosive when in contact with certain materials in fuel storage and delivery systems, including some rubber compounds and the zinc and aluminum alloys used in carburetors.

2.) Because it is an alcohol, ethanol dries out the rubber components in a fuel system. This leads to cracking and brittle fuel lines, floats, seals and diaphragms.

3.) Ethanol is hygroscopic – it likes water. Water enters fuel containers when they are filled up. Once in the gasoline, it forms a chemical mix that causes corrosion of internal parts. As the fuel level in a tank or container drops, water condenses on the cool surfaces of the vessel, drops and runs down into the fuel where the ethanol welcomes it.

4.) It acts as a solvent in older engines, dissolving the varnish and other deposits in tanks and lines. These then are carried to the carburetor or injection system where they can clog the small orifices involved.

In 2001, under pressure from the farm lobby, seeking a ready market for corn – used in the manufacture of ethanol – the U.S. Environmental Protection Agency (EPA) approved gasoline with 15 per cent ethanol content, but prohibited its use in small engines and other power equipment due to the potential damage.

At that time, the U.S. Department of Energy reported that gasoline containing the allowed 15 per cent ethanol caused corrosion of metal parts, including carburetors, degradation of plastic and rubber components, harder starting, and reduced engine life in small engines. Other studies have shown that automobile engines produced prior to 2007 showed damage to valves, valve seats, seals, hoses and other components.

Because of its love of water, gasoline containing ethanol should not be allowed to sit for any length of time. This is the reason it is not present in giant storage tanks, pipelines or bulk carriers, but added at the refinery just prior to delivery to gas stations.

The shelf life of gasoline containing ethanol is about one month, compared to three or four months with gasoline. Buy it in small quantities, run tanks near dry before refilling and after use. Do not store in that little red container more than a month, especially not over the winter or summer months. If it is older than that, dump it into a car or truck that uses gas frequently where it will mix with the fresh gasoline. If possible, run any tank containing ethanol dry before putting any engine away for a season or more.

There are some additives, such as Sta-Bil that promote safer long-term storage. I don't know of any scientific studies to back up these claims but do believe them and use the products myself.

Since 2010, a Canadian Federal Renewable Fuel Regulation has required an annual volume-weighted average of 5 per cent renewable fuel (ethanol) in gasoline, excluding that sold into colder areas like the Yukon, Northwest Territories, Newfoundland and much of Quebec. The Regulation applies to refiners and importers. There are similar regulations in place regarding gas stations in Ontario and all provinces to the west. None of the four Atlantic provinces have regulations in place requiring ethanol, so many of their storage facilities have not been set up to handle fuel containing ethanol.

Here is where it gets tricky. Generally speaking, refineries will add ethanol to regular and a lesser amount to mid-grade gasoline to meet federal and provincial regulations. Because these grades make up the bulk of sales, it is not necessary to add ethanol to premium grades to achieve the required average.

In most areas of the country, it is thus possible to buy gasoline that does not contain ethanol. Buy premium if in doubt, regular in Nova Scotia and Newfoundland. There may be ethanol in regular grade in southern Quebec, New Brunswick and P.E.I. as the giant Irving refinery in New Brunswick does add ethanol to regular. Its largest customers are south of the border, but some may be delivered to Quebec and local stations.

The only people benefiting from ethanol are farmers and small engine repair shops.

Should I switch to synthetic oil if the dealer suggests it?
July 22, 2015 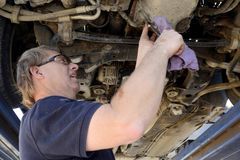 How important is proper tire rotation?
December 16, 2015
Remote starters: good or bad?
December 29, 2015
Follow us on Twitter @globeandmail Opens in a new window
Report an error Editorial code of conduct
Due to technical reasons, we have temporarily removed commenting from our articles. We hope to have this fixed soon. Thank you for your patience. If you are looking to give feedback on our new site, please send it along to feedback@globeandmail.com. If you want to write a letter to the editor, please forward to letters@globeandmail.com.
Comments