As Charles Darwin taught us, species evolve when certain members survive to pass on their genes. With that in mind, I decided to list some of the things that should trigger your risk-detection systems on the road – please feel free to add your own in the comments.

The sight of wheels larger than 20 inches sets off several alarms. The level of perceived risk is in direct proportion to the wheels' diameter and Reflectivity Index (the larger and shinier, the more alarmed you should be). A set of 30-inch chromed wheels, for example, tells me that the driver is not particularly interested in the concepts of gyroscopic precession, unsprung mass, or roll centre. Deeply tinted windows, handguns and a cavalier attitude toward the law may also be part of the package. Steer clear.

Next to driving with a Glock and a ski mask, nothing projects automotive menace like limo-tint windows, which are designed to block up to 95 per cent of outside light. (The darkest windows are known as five per cent tint.) Limo-tint windows involve a two-fold risk. First, there is the fact that the driver doesn't want you to see inside, which suggests that the interior may be the site of activities that detract from the task of driving (snorting cocaine off a mirror, divvying up the proceeds of a robbery, beating a snitch, etc.). The second risk is created by the driver's inability to actually see through the windows (a car with five per cent window film may as well be driven by Ray Charles).

When you spot a car like a Bugatti Veyron, a Ferrari 458 or a Lamborghini Aventador, there are two distinct probabilities. The first: that the driver is a skilled enthusiast who possesses superior judgment and finely honed car-control skills. The second: that the driver is an overcompensating poser who has no business behind the wheel of one of the world's fastest cars. Unfortunately, the second scenario is far more likely than the first. When I spot a supercar on the road, I react in much the same way that I would upon spotting someone with an AK-47 in a Walmart store: there's a lot of firepower there, and it's probably not in the right hands.

I have long believed that the road is divided into vehicular tribes that are defined by their choice of machine – and there is no odder tribe than electric bikers. The sight of an e-bike instantly ratchets my personal road threat awareness system up to the Red Alert level. Unlike other motorized vehicle operators, e-bikers are not required to take a driver's test, and their driving world is totally free-form: e-bikes operate on sidewalks, bike paths and the road itself, where many of their riders challenge conventional wisdom about vehicle control, lane usage and load distribution. Not long ago, an e-bike carrying a rolled-up sleeping bag and a pair of aluminum beer kegs mounted the sidewalk to pass me, scattering pedestrians – who cheered when he crashed into a parking meter.

The homemade spoiler is one of the surest signs of impending trouble on the road. The spoiler may be constructed from plastic, scrap metal, or a sheet of plywood, but the message is always the same: bad driver ahead. Unlike factory spoilers, which are developed by skilled engineers using computers and a wind tunnel, the homemade spoiler is typically constructed in a carport with a hammer and a Sawzall wielded by a driver whose education does not include an MIT degree. (Based on anecdotal evidence, I believe the typical homemade spoiler builder is a male between the ages of 16 and 29 who works for minimum wage and considers Fast and Furious an instructional film.)

When you spot a car with fenders held on by duct tape or pop rivets, it's reasonable to assume that its driver has relatively elastic standards when it comes to the operation of a motor vehicle. By the same token, you should also give a wide berth to drivers who drive with missing hoods, doors or other body panels. (A missing windshield tells you that you are now in Dueling Banjos territory.) You should also look carefully at plastic sheeting used to cover a smashed window: fresh sheeting indicates a temporary cover used for a trip to the repair shop, while deeply yellowed plastic and frayed, flapping tape indicates that you are dealing with a homeless person who happens to operate a car.

Although I enjoy art and nature, they take on a different meaning when used as decorative elements on a moving vehicle. A bicycle decorated with bouquets of fresh flowers, for example, often indicates a rider whose preferred environment is not the road, and who may have a far greater understanding of botany than physics. And by the same token, a car covered with glued-on objects or sculptures denotes a driver who could care less about aerodynamics, not to mention the reality of moving traffic.

Old cars come in several different varieties. There's the Ironic Hipster variety, operated by young drivers who like the style of vintage cars. There's the Restoration variety, owned by middle-aged drivers who have painstakingly fixed up cars like the ones their parents (or grandparents) once drove. Then there's the Wax Museum car: a 70-year-old car that's still being driven by the same person that bought it new back in 1943. Human reflexes and cognition being what they are, this is rarely a good thing. (As a rule of thumb, I suggest adding at least 100 meters of extra following distance for each decade of car age.)

As you may know, NASCAR's Dale Earnhardt was known as The Intimidator for his flat-out driving, pit-lane fisticuffs and his willingness to ram competitors into the wall at 300 km/h. So when I see a car decorated with Earnhardt's No. 3 logo, I usually take the next exit. My concern level also rises when I see bumper stickers like "Gun Control Means Using Both Hands," "Stand and Fight," "I Eat Chevys for Breakfast" and "I Still Miss My Ex-Wife, But My Aim is Improving."

A load fastened to a moving vehicle is subject to a number of stresses, including aerodynamic forces that are trying to rip it off and throw it into the path of following cars. So if you spot a canoe tied down with lengths of frayed kitchen twine, a pickup truck stacked with teetering piles of lawn furniture, or loose barrels rolling around on a trailer, I suggest heading to the nearest Tim Hortons and waiting until the danger has passed. If you hear ambulance sirens in the distance, order another coffee and wait until the police and ambulance crews have finished cleaning up. 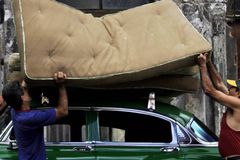 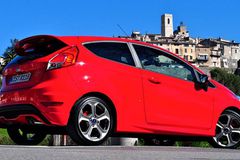 In advertising, there's a difference between sexy and sexist
April 4, 2013 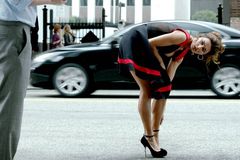 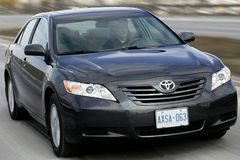 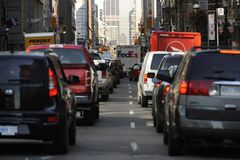 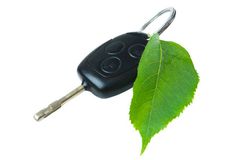 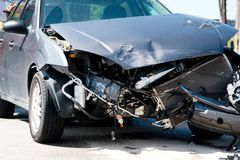