This story was originally published in 2010.

Of all the fates I imagined for myself, hockey dad was at the bottom of the list.

I never played the game - I grew up as a downhill skier, hang glider pilot and car nut. But the Gods had a new plan: At the age of four, my son Willie announced that he was taking up Canada's national game.

The next 14 years were a blur of early-morning practices, circling Zambonis and maxed-out credit cards. We lived like carnival roustabouts, constantly on the road. Our vehicles smelled like rolling locker rooms. At its peak, my son's career ran virtually year-round: I drove to Ottawa in a January ice storm, and to a summer training camp with the air conditioning set on max.

Every Friday, I had to schlep Will to a rink on the edge of the Toronto suburbs at the height of rush hour, battling the worst traffic in Canada. Then it was off to Pickering, or maybe Pittsburgh. For a hockey dad, the road was endless. There was always another rink, another tournament, another hockey horizon.

So when the end came, I wasn't ready. And I didn't see it coming.

It was a Wednesday, just one more evening at the rink. Will was 18, the last year for minor hockey. But we hadn't thought about that - as always, we were focused on the next game. Now Will's team was playing for the divisional championship. I stood behind the other team's net, praying that we would score. I took out my car key and scratched Will's player number on the scarred ledge that rimmed the boards, then circled the number with hearts, a ritual I had started more than a decade ago. Over the years, I'd left Will's mark on most of the rinks in southern Ontario, a hockey dad's offering to the Gods of hockey.

And it seemed to work. Will had grown into a gifted power forward who helped propel his teams to a long series of wins. Now he was trying for one more, but the odds were against us - the other team was good, we were taking too many penalties, and Will's hand was broken after a graduation trip to the Dominican Republic.

I'd tried to keep him from playing injured, but he laced up his skates and cut a glove to fit over his cast. I remembered a time when he had been a little boy in the back seat. Now he was as tall as I was, with a wrist shot that cannoned off the glass like a howitzer round.

Hockey had defined our lives. For nearly a decade and a half, we had cruised the road together. We talked. We listened to music. We were father and son, travelling together on a mission that I thought would never end.

We went through four vehicles. I started with a rusted-out Honda Civic, moved up to an Accord, then on to a minivan that could hold six players and their equipment. Then it was back to an Accord again, after a house renovation that tested our financial limits.

Now I was at a rink again watching my son. The buzzer sounded. The other team had won. And then it hit me - this was my final trip to the rink as a hockey dad. The championship had been decided, and Will's minor hockey career was over. In a few months he was heading off to university.

There had been a time when a post-secondary education had seemed unlikely. At the height of his hockey career, Will was one of the top players in the Greater Toronto Hockey League. But there had been a price. As his point totals climbed, his school marks plunged. In grade nine, his average bottomed out at 52.

When Will turned 15, he saw a fork in the road: He could try for the NHL, or become a better student. He elected to drop down from Double A to the Select level, so he could focus on academics. It worked. A few days ago, Will graduated at the top of the honour roll. He was accepted at every university he applied to, and won an entrance scholarship.

He'd made a smart choice. In September he'll be at Guelph or Queens.

But I felt a lump in my throat as my wife and I walked out of the cold arena and into the warmth of the crowded lobby. The smell of popcorn hung in the air, and the space was packed with people we knew - after 14 years of hockey, we were part of a tribe.

But now it was finally over. My wife and I hugged some friends and walked out the door toward our car. We rode in silence. The back seat was empty - Will had driven to the rink himself. When he first got his license, I gloried in staying home for an extra hour while he schlepped himself to the game. Now I longed for him to be small again, playing Pokemon in the back while we cruised to a distant arena.

I wondered how many times my wife and I had stood in a rink since Will took up the game. A thousand? Maybe. Now our long ride was over. So if you ever notice the number 97 scratched on the boards of an arena, surrounded by a ring of hearts, you will know how it came to be there. My son became a champion. And I became a hockey dad. 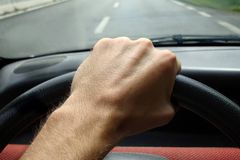 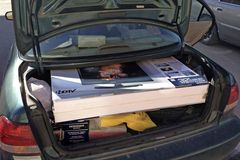