When I first heard of "all-weather" tires late in the fall, it sounded like a manufacturer had come up a new way of marketing all-season radials. I wanted nothing to do with them. All-seasons by any name remain ditch-seeking devices in cold temperatures and stormy winter conditions.

It turns out though, that all-weathers are something of a 'tweener tire, suited to markets such as Toronto's and Vancouver's with relatively mild winter climates. All-weathers differ from all-seasons in that they meet the established standard for winter use, as indicated by the snow flake/mountain icon on the sidewalls. Yet unlike winter tires, they can be used in spring, summer and fall, too.

While all-season tires are banned in Quebec during winter, all-weathers are permitted. The sidewall symbol serves as a visa to the province.

How capably they get drivers through the winter is the subject at hand. After all, even dedicated winter tires can vary widely in traction performance.

Kal Tire fitted my Mercedes-Benz B200 with four Nokian WRG3 tires for a trial. Then it snowed. Next the snow turned to slush. Finally, before you could say Merry Christmas, Southern Ontario's ice storm was upon us – a perfect array of driving conditions for the test.

The Finnish tires have been sold by Kal Tire since 2000, with exclusive distribution in more than 240 outlets. Nokian's sole competitor, the Hankook Optimo 4S, has been sold exclusively by Canadian Tire since 2011.

For many years I drove Volkswagen Beetles through winter's worst weather on summer tires until a Honda Civic test car fitted with Nokian Hakkapelitta winter tires – yes, on all four wheels – changed my thinking. One day in 1983, following an ice storm much like the GTA's 2013 classic, I saw cars bouncing off poles, buildings and each other. In contrast, driving that Civic felt like being on skates with an ability to cut or brake instantly. I became a Hakkapelitta believer – though I appreciate that other premium brands like Bridgestone Blizzak have their believers, too – and have driven on the winter tires ever since.

With that perspective, here's what I think of the Nokian WRG3s: they surprised me by being as good as they are. In -6.5 C temperature, they drove through accumulated salty water along the sides of the streets impressively, the car tracking surely without any aquaplaning.

On the second day of our ice storm, a nearby parking lot was left empty. The no-parking signs created a slalom course, perfect for our purposes. The car consumed those turns with surprising sharpness, and recovered from hand brake-induced doughnuts with acuity.

Foot-to-the-floor braking? Not so impressive. More expensive winter tires with softer rubber would have slid less as the B200's anti-lock braking chattered ineffectively as the SRG3's failed to grip.

On the other hand, when pulling out of parking spaces with the right wheels lodged in accumulated snow – standard Toronto fare – the Nokian WRG3's bulldozed more capably than expected, belying their conservative tread pattern.

To be sure, they're not nearly as safe-and-sound as the Nokian Hakkepelitta dedicated winter tire. I'd feel confident enough traversing a Toronto winter on WRG3s, but not while weekending in cottage country to the north in conditions colder than -10 C, with snow measured in feet rather than centimetres.

"Our [sales] people know to ask the right questions, 'Does your driving include a lot of ice and heavy snow?' If so, you need two sets of rims and summer and winter tires,' says John Mullin, Kal Tire senior vice-president of purchasing and marketing. "But for people in a market where it hovers around zero, like Toronto and the lower mainland in British Columbia, "All-weathers can be the best choice."

"The all-weather tire does not perform as well as our winter tires like the Goodyear Nordic or Michelin X-Ice," says Melissa Arbour, Canadian Tire business manager for tires. "However, for the person who can't afford two sets of tires for winter and summer, can't afford the space for storage, can't afford the physical effort of changing tires twice a year, the Optima S is a great solution."

All-season tires go back to 1977, when the Goodyear Tiempo sold 3.5 million copies in its first year, the most successful Goodyear introduction to date. All-weathers are taking longer to find traction.

"It has taken a while to educate people," says Mullin, noting that the WRG series tread pattern has been Kal Tire's bestseller since 2005. Canadian Tire's Arbour says the company has seen annual sales growth. 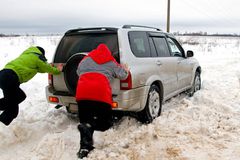 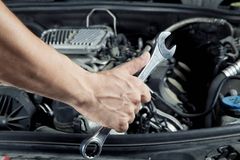 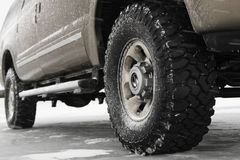 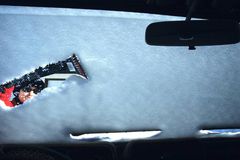 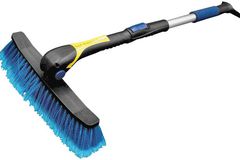