I read the piece about pothole damage and I'm still wondering: Are roads getting worse every year? It seems like there are a lot more lousy roads than there used to be. – Gene, Toronto

Thanks to recycled engine oil, shingles and even ground-up old pavement getting added to the pavement mix, roads really are going to pot, says one researcher.

"No pavement lasts forever – it's always going to fail in some way because it's organic material that slowly deteriorates – but we've seen big decreases in the life cycle over the last 20-25 years," said Simon Hesp, a professor of chemical engineering at Queen's University. "Roads should last 15-20 years with no cracking whatsoever – we're now seeing roads crack during the first winter before the warranty even starts."

Tough recent winters and increased traffic are partially to blame, but the real culprit is recycling, Hesp says.

Asphalt is typically 95 per cent sand and gravel glued together with 5 per cent cement. That cement is made of bitumen, the thick sludge left over after refining petroleum.

Asphalt wholesalers add recycled motor oil to the glue to cut costs – and it gets promoted as a green way to dispose of recycled oil, Hesp says.

That may not sound like a lot, but it adds up – Ontario uses a million tonnes of asphalt a year, Hesp says.

Some contracts between municipalities and pavement companies allow up to 20 per cent of recycled oil in pavement. Ontario's road guidelines are silent on it.

Hesp's research group discovered oil in asphalt when they started to find metals, such as zinc, in roads that had failed.

"They're metals that shouldn't be in asphalt," Hesp said. "But they're found in recycled motor oil."

Motor oil is a lubricant, so the pavement that contains it loses resiliency – it becomes stiff, brittle and cracks more easily as temperature changes.

The trouble, Hesp says, is that asphalt with recycled oil passes "Mickey Mouse"-quality tests – where a paint can of the hot mix is cooled for an hour and then they measure how stiff it is. The asphalt with oil actually performs better in that test than the asphalt without it.

"But after 24 hours the pavement with oil gets stiffer and after three days it gets much stiffer," Hesp said. "And many times, nothing is tested at all – or the cement they test is not actually what's coming out of the pavement machines and going onto the roads."

Asphalt wholesalers are allowed to add up to 20 per cent of other recycled materials – such as ground-up pavement taken from old roads and recycled asphalt shingles – to the mix, Hesp says.

"When you use old pavement to build a new road, it cannot last as long or as well," Hesp said.

We contacted the Ontario Hot Mix Producers Association (OHMPA) for this story – a spokesperson sent us a link describing the task force it set up to investigate road quality.

"In response to concerns about the quality of asphalt pavement in Ontario, OHMPA formed the Quality of Asphalt Pavement Task Force," the page says. "The purpose of this group comprised of industry experts, consultants and academics is to assess these concerns and propose workable solutions that are scientifically sound and also practical."

Ontario's Ministry of Transportation, which spent $3-billion on road and infrastructure repair, construction and maintenance in 2015-16, has been testing Hesp's theories with 33 test sections on Ontario highways.

And the City of Kingston has had success using pavement without motor oil, Hesp says.

"In Toronto, Ottawa, York, Kingston, Timmins … all the municipal specs are in the process of being rewritten, but there's massive opposition from the industry," Hesp said. "Municipalities are frustrated because they see cracks and potholes are getting much worse, but the taps are still open because everywhere they're talking about infrastructure spending."

The city says it does not allow recycled oil in its pavement – but Hesp says that change was just made within the past year.

"The City of Toronto does not allow the specs to come with any recycled oil," said Hector Moreno, a manager of road operations for the city. "It does allow some recycled granular materials to no more than 10 per cent of the mix and that is in response to the abundance of recycled concrete." 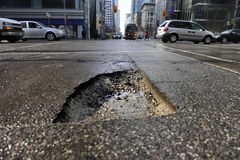 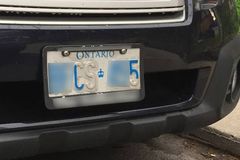 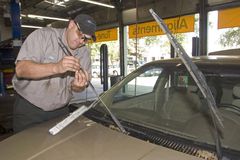