My wife blew a winter tire over the weekend. I've been hunting for a replacement, can't find one, and all the garages except for one (which said to just put the off-brand one on a rear axle) have told me I'll need to buy two new tires because no two brands are the exact same size. Can a blown tire be replaced with a brand that differs from the other three?

Putting two different brands of tire on the same axle is a little like wearing a Nike on your right foot and an Adidas on your left.

"It's a bit of a grey area – sure you can do it, but there's some risk involved in doing it," says Gene Peterson, tire program leader with Consumer Reports. "The difference in performance between the two tires may not be noticeable – but then again, it could be a problem."

If you can't replace a blown, worn-out or damaged tire with the exact same tire you had before, the best option would be to buy four new tires so all the tires are the same, says the Tire and Rubber Association of Canada.

"If money was no object I'd be on the safe side and buy four new tires," Peterson says. "The next course of action is to consider buying two new tires."

If you replace just the one tire with a different brand, it probably won't be the same size – or handle the same – as the other tire on that same axle, Peterson says.

"There is quite a bit of difference in physical dimensions, even in tires of same size, from one brand to the next," he says. "And different brands have different internal construction, which indicates stiffness, which indicates handling."

Different brands of winter tires have different treads and are made of different rubber compounds. You'll want to make sure the two replacement tires have similar treads as the originals, says Raynald Marchand, general manager of programs for the Canada Safety Council.

"Some winter tires have treads and compounds that are for deep snow in rural areas and others are for icy conditions for driving in towns where snow removal is done faster," Marchand says in an email. " Even if you were replacing the tire with the same brand as the other three, experts say it's still a good idea to replace tires in pairs. That way, both tires on the same axle have the same tread depth – and the same traction.

"The problem with replacing only one tire is that the new tire has deeper treads," Marchand says. "(That) can cause traction problems when cornering and even cause difficulties with the traction control system and the stability control system."

After you've bought two new tires and put them on the rear axle, you'll have one of the original tires left over.

"The remaining good older tire can be rotated with the other remaining good tires or used as a spare winter tire if mounted on a spare rim," Marchand says.

"It can get more complicated with All Wheel Drive," he says. "They might suggest replacing all four so they're all the same rolling radiius, otherwise it can put undue stress on the differentials."

Are those bright blue headlights legal? 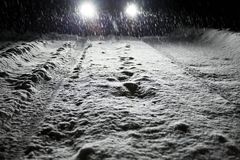 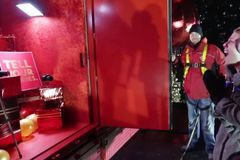 How I drove from Miami to Toronto without valid plates 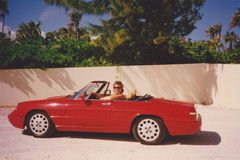 What dealer add-ons should I turn down when buying a car?

Will I fail Drive Clean if my check engine light is on? 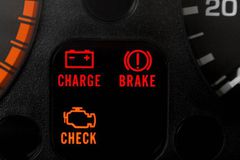 When does a tow-truck driver have to unhook my car? 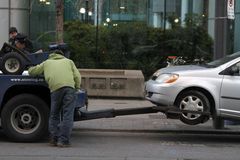