Manufacturers' recalls are concerning me greatly because I drive a Toyota. I've been driving for years, luckily without any accidents. But what if I get into an accident because of a manufacturer's defect? It's not my fault, right? If their defect caused my accident would my insurance rate skyrocket?

If you have an accident as a result of a manufacturers' defect, such as an accelerating or stuck gas pedal, it would be considered your fault and your insurance rate would more than likely increase for six long years. In some cases that accident might even be the tipping point to your insurance company cancelling you.

Ironically, insurance companies are usually the first ones to spot the trends of manufacturer's defects.

In 2004, State Farm noticed a worrying trend in Toyota vehicles beginning to cause numerous accidents which they termed as "unwanted acceleration". In 2007, State Farm informed the National Highway Traffic Safety Administration (NHTSA) of this.

It is not uncommon for insurance companies to provide their accident statistics to manufacturers in the hope that this information is translated to the general public about possible defects.

However, it wasn't until 2009 that Toyota began informing owners of certain Toyota and Lexus models regarding the potential for an unsecured or incompatible driver's floor mat, which may interfere with the accelerator pedal and cause it to get stuck in the "wide-open" position.

The models involved in the incidents that State Farm had brought to the attention of the NHTSA were "consistent with the voluntary recall" undertaken by Toyota.

Other insurers said they had not seen such a trend. However, State Farm is North America's largest auto insurer with 42.4 million auto insurance policies. Few insurers beyond State Farm have a big enough auto insurance base to determine these kinds of trends.

Many insurers are apparently going back over accidents involving Toyota models to determine whether they may have been caused by a vehicle defect instead of the driver.

Drivers who have experienced this same type of accident in the early years may take issue with their 'at-fault' designation, in an attempt to get the increased premiums they were charged back.

However, this would be a very long road to take, as it would mean that the insurance company would have to subrogate against the auto manufacturer for past accidents first. In other words, you are "at-fault" if they don't subrogate, and "not at-fault" if they do.

Toyota was hit by an embarrassing recall of more than eight million vehicles worldwide.

More than 80 class-action lawsuits have been filed that may cost Toyota a whopping $3 billion or more. These lawsuits usually benefit three specific groups financially: attorneys, on both sides, the court, and lastly (and the least), people who actually suffered from the accident.

Drivers facing a cancellation by their insurance company may not have time to do anything but go online and compare insurance rates between companies.

For these people, I recommend they keep comparing rates every year. Accidents get older and eventually drop off. More than likely it'll be a different insurance company each year that will be providing the lowest rate. There's no penalty for switching insurance companies year after year for the best rate.

Insurance data had also been critical in tracking problems with tires made by Firestone, relating to rollover incidents involving Ford and its Explorer models a decade ago. As a result, this helped crack the problem with Firestone tires.

Not all accidents are caused by manufacturer's defects. Take potholes, for example.

Say you were driving along a road and hit a pothole, which damaged your car, and you could prove that the city was aware of this pothole and did nothing to repair it in a reasonable time frame.

Your insurance company could subrogate against the city for the losses and you would not be considered at fault. I'm sure Toronto's David Miller and other city mayors will be thrilled I'm telling you this.

John Bordignon, a media relations spokesperson for State Farm, stressed to me that not all insurance companies are "big, bad and evil". There is reasonableness to accidents that they look at.

He said that State Farm would not necessarily hold a driver at-fault who was driving safely, slowly and had an accident as a result of 'black ice' whereas another insurance company may.

Ultimately, fault comes down to proof. Was the cause of the accident due to "unwanted acceleration" or was the driver "texting" instead of braking?

Lee Romanov is an insurance consumer advocate and creator of http://www.romanovreport.com.

Repair drives her to distraction
April 8, 2010 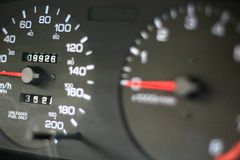 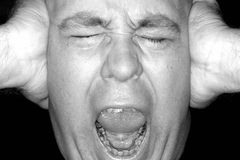