Disoriented, you wake up in a mansion high in the sunlit Hollywood Hills. You are suddenly slimmer, your hair has magically returned, and next to you is a woman you recognize from the cover of Sports Illustrated. Yes, you have turned into Leonardo DiCaprio.

You wander into the garage to find out what kind of car you drive. Bentley? Porsche? No, you own a Tesla Roadster, a tiny electric sports car that some call the Tree Hugger Ferrari. No gas tank. Zero emissions. You may be a movie star and one of the world's most eligible bachelors, but you're also an environmental activist, and your car has to send out a rarefied, dog-whistle-style message that will reach only the right ears.

Now back to mid-winter Canada, where I'm about to spend a day in a Tesla like DiCaprio's. My mission is two-pronged. First, I want to see why the Tesla exerts such a pull over celebrities: in addition to DiCaprio, Tesla owners include George Clooney, Matt Damon, David Letterman and RIM founder Mike Lazaridis.

Second, I want to see whether the Tesla justifies its considerable hype. To its exponents, the Tesla is a nothing less than a battery-powered messiah, carrying us into a new, green transportation future - to drive a Tesla is to thumb your nose at the auto industry's carbon-fouled past. Wired magazine recently put the Tesla's creator (Silicon Valley entrepreneur Elon Musk) on its cover and declared: "Charge! The age of the electric car is here."

Hans Ulsrud, sales manager for Tesla Motors Canada, met me in downtown Toronto with a new Tesla 2.5 roadster. I liked it - the Tesla had the exotic presence of a spacecraft that had fallen to earth. Ulsrud popped the rear engine lid and showed me the propulsion system, which seemed to consist of little more than a mysterious black box with thick cables running in and out of it like alien sinews.

He assured me that the Tesla would impress: "It's like a slingshot," he said. "You'll love it."

Ulsrud pointed out the controls, which consisted of a steering wheel, two pedals and some glowing screens and buttons. As I glided through the tony Yorkville retail district, nearly everyone turned to stare. I received extra scrutiny from a number of women who examined the Tesla in the apparent hope that it contained DiCaprio, Clooney or, at the very least, Dustin Hoffman (who also owns one).

I decided to test Ulsrud's claims about the Tesla's slingshot capabilities by lining up with a new Mustang at a red light. I haven't actually tried riding a proton torpedo (the mythical Star Wars weapon), but it can't be much different than what happened next. One moment I was at the light with the Mustang, and then I was suddenly all by myself, two blocks away, as if had been suddenly beamed into hyperspace.

Amazing. But also a little puzzling - why did the Tesla feel so quick? Its zero to 100 kilometre time has been tested at 3.7 seconds, which is unquestionably fast, but I've experienced some vehicles that can beat it, including the Porsche Turbo S (3.3 seconds) and a Suzuki GSXR 1000 superbike (2.9 seconds).

The Tesla delivers its speed in a far different manner than a gas-powered vehicle. Most obviously, there is no engine roar. Instead, you are rushed forward in near silence, as if you had been rear-ended by an intergalactic cruiser. (After I tried it a few more times I realized there actually was some noise, but it was like nothing I'd heard before - it conjured up the sudden discharge of a giant bug-zapper.)

I took a friend for a spin to test my theory that the acoustics somehow heightened the sense of speed. He concurred, breaking into an involuntary grin as we rushed forward.

So the Tesla's performance was good. And my concerns about the heating system were quickly assuaged - dialling up the temperature turned the Tesla into a little toaster oven. Then I realized that the heater was powered by the same battery as the engine - every BTU I pumped into the cabin was sucking away energy that I couldn't replace without connecting to a power outlet.

Tesla's current advertising shows the roadster tooling through ski country - an obvious effort to reassure buyers that the battery works well in the cold. Looking at the brochure gave me a sudden urge to head up to Blue Mountain. But could I make it? The Tesla has a theoretical maximum range of 360 kilometres, but I'd already zipped around town for a while. And then there was the 30 minutes I spent spinning the Tesla through a snow-covered parking lot for the pure fun of it.

Plus I'd done some burnouts, turning off the traction control system to see just how much torque the Tesla really had. The answer: a lot. When I jammed the throttle to the floor, the Tesla snapped sideways in a split second, overwhelmed by the instant power of the electric motor. (Impressive, but I decided to leave the traction control system engaged for the rest of my ride, or at least until the temperature climbed above freezing.)

I looked at the battery charge meter, which was down by at least a third. Blue Mountain was definitely out of range. Maybe I'd go see my buddy in Purple Hill, a round trip of about 200 kilometres. Then I remembered reading an article by a U.S. car journalist who ran out of juice when he tried a highway trip in the Tesla. He'd been forced to stay overnight in a motel where he could plug the car in, only to learn that a full charge takes about 30 hours with a 110-volt outlet. (Using 220 volts cuts charge time to about eight hours.) I decided to stay in town.

Although electric car evangelists don't like talking about it, range and infrastructure limits are a fact of life, at least for now. Our highways are lined with gas stations, and you can fill a fuel tank in five minutes. Charging up the Tesla would take eight hours - if I could find a 220-volt outlet.

Then there's the issue of energy density. Batteries deliver power rapidly (which is what makes the Tesla so lightning fast). But they're also heavy. Although the Tesla is loosely based on the British-made Lotus Elise, it weighs almost 50 per cent more (the Lotus weighs 870 kilos, the Tesla weighs 1,235).

Except for the battery, the Tesla's propulsion system is actually lighter than the Lotus's gas-powered engine. (Electric motors are inherently light and compact, and their torque range means you don't need a transmission.) But the battery is a massive, leaden presence, and the Tesla feels cumbersome when compared to an internal combustion Lotus. (Although it can still out-handle almost every other car on the road.)

For the sake of the environment, I could live with the handling degradation. But the range limitation is a deal-breaker. Many of the roads where I like driving sports cars are beyond the Tesla's range. If I decided to drive to Tremblant, (as I did a few months ago with a Porsche Boxster Spyder) the Tesla would wink out somewhere between Kingston and Brockville.

I felt like a dog confined to a yard with one of those invisible electric fences that deliver a shock when you venture past a buried wire - I could run, but sooner or later I'd find the limits.

Then there was the price - including options and freight, my test car cost $180,555, more than twice as much as a Lotus. So at least for now, environmentally pure performance remains the exclusive preserve of the well-heeled.

For DiCaprio, of course, none of this is a problem. He's got that Inception money, and he lives within easy Tesla range of some great twisting roads, including fabled Mulholland Drive. (I saw his house when I was out in Los Angeles on a story.)

DiCaprio is the perfect Tesla customer: he can look cool, enjoy the curves, deliver an unspoken environmental message, and make it back to his dedicated 220-volt outlet without breaking a sweat.

For DiCaprio and his style-leader buddies, the age of the electric car really has arrived. But the rest of us still have some waiting to do. 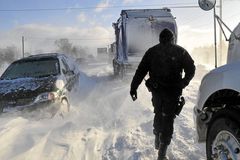 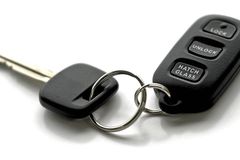