With the holidays upon us, it's time to start thinking about what racing fans might want to find under the tree this year.

When it comes to books, there are two that are bound to be popular with Formula One fans.

Highly respected journalist James Allen has put all his blog posts from the 2012 F1 season and added new material in a book that serves as a great review of a year that brought several surprises. This is the fourth year that Allen has offered his popular year-end compilation. As with each previous edition, James Allen on F1 2012 – The Year of Living Dangerously contains great analysis and penetrating insights into the sport. It can be ordered directly from www.jamesallenonf1.com for £10.99 ($17.50) plus shipping, which is £8.50 ($13.50) for regular post and £19.50 ($31.00) for express seven-day delivery. Each additional book ordered costs £1 ($1.60) for shipping.

Former Williams chairman Adam Parr, who resigned from the team earlier this year, released a limited edition book and a more widely available e-book. The Art of War – Five Years in Formula One delves into the inner workings of the F1 paddock and the personalities involved. Interestingly, it is written in the form of a graphic novel, illustrated by Paul Tinker with a foreword by former Fédération International de l'Automobile president Max Mosley. It is available as an e-book from Amazon.ca for $8 and is published in eight different languages. The print edition is available, but hard to find so it may be the perfect gift for the hard core F1 enthusiast. More information on the book can be found at www.adamparr.net as well as links to the e-book download.

Those with stock car fans on their list might want to try The Official NASCAR Trivia Book: With 1001 Facts and Questions to Test Your Racing Knowledge by John C. Farrell. It lists at $18.99. Also available is Fox Sports broadcaster Chris Myers' interesting take on the sport, NASCAR Nation: How Racing's Values Mirror America's. It is $27.99.

For the younger NASCAR fan, author Christopher Jordan has adapted his hockey-themed board books for the stock car set. NASCAR 123, NASCAR ABC, NASCAR Colours, and NASCAR Shapes were all released in October. Each goes for $8.99.

Race tickets are another good bet, with some good stuff available to purchase well before the 2013 season gets started.

Both Canadian Grand Prix and Honda Toronto Indy tickets are already on sale for their respective 2013 events.

The organizers in Montreal have devised a novel new ticket package for the 2013 Canadian Grand Prix. A limited number of fans will be able to buy tickets in three different grandstands for each of the three days of the Formula One race. These tickets are available in Gold ($485), Silver ($449) and Bronze ($267.50) grandstands.

Otherwise, there's the standard three-day, same seat tickets available as well, ranging from $560 for the top grandstand to $126 for general admission. General admission tickets are also available for each of the three days, with Friday priced at $45.25, Saturday at $70.50 and Sunday is $95.75. The 2013 Canadian Grand Prix is June 9.

Toronto is one of three IndyCar venues where there will be a doubleheader weekend, with a full distance race on both Saturday and Sunday. Essentially, fans get two for the price of one. One race will have a standing start while the second will have the usual IndyCar rolling getaway.

With Friday continuing to be a free admission day thanks to the Ontario Honda Dealers Association, tickets for the Toronto Indy are sold for two days. The best seats go for $165 with others available for as little as $80. A two-day general admission ticket can be had for $50.

Those buying a grandstand ticket may also add a weekend pit pass to their purchase for $125. A three-day paddock pass is also available for $45, while single-day passes are $35. The Honda Toronto Indy doubleheader races are on July 13 and 14.

Although tickets are not available for all the events at the Canadian Tire Motorsport Park, those buying for fans who want to be part of the first NASCAR Camping World Truck Series race at the famed circuit are in luck. Early bird tickets for the weekend are available for $65 with race day only tickets priced at $50. In addition to the trucks, fans will also see the NASCAR Canadian Tire Series race. The bonus for those going to CTMP is that paddock access and parking are included in the price of the ticket. The NASCAR truck race goes Sept. 1. Ticket may be purchased at www.canadiantiremotorsport.com.

And for those who have not yet seen it, the documentary film about late three-time F1 world champion Ayrton Senna remains one of the best sports documentaries ever made. The rise of Senna from a karting star to the pinnacle of motorsport is a compelling story for fans and non-fans alike. Senna died in a high-speed crash during the 1994 San Marino Grand Prix at Imola.

Senna won critical acclaim when it was released last year and quickly racked up several best documentary wins at festivals around the world as well as audience awards at the Sundance Film Festival and Los Angeles Film Festival.

The Blu-Ray, DVD and Special Edition versions can all be had online for less than $20.

And if you have someone in the family who would rather do than watch or read, the Bridgestone Racing Academy at Canadian Tire Motorsport Park just may be the solution. It offers gift certificates for in-class instruction and on-track driving sessions in open wheeled racers starting at $295 and going up to $1,650. They can be bought at www.race2000.com. 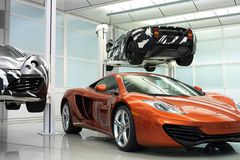 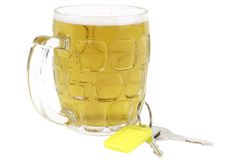 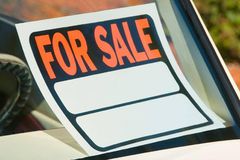 Do you spray washer fluid to avoid scraping your car's windows?
December 11, 2012 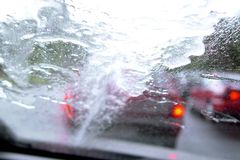 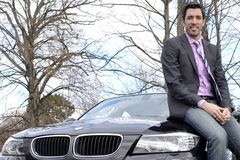 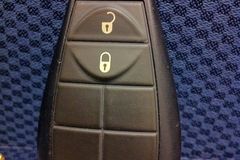 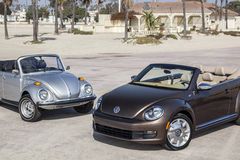