The ABS warning light on my Ford Focus occasionally comes on while I am driving. It flickers, but only does so intermittently. Should I be worried? – Warren

Yes, you should check this out.

This is one of those cases where ignoring a warning light can have nasty consequences. Your brakes are perhaps the most critical safety component on the vehicle and ABS makes an important contribution to their operation. But if the ABS function ceases to work, the brake system will default to non-ABS operation.

The intermittent nature of the problem indicates it might well be a connection or other electronic issue. When you first start the vehicle, the self-diagnostic component of the on-board computer carries out a check and the ABS light should come on – along with the others in the instrument panel. They should all then go out.

This same computer, through a series of sensors, continually monitors the brake circuit during operation and, if a fault is detected, the system shuts down.

Take your Focus to a Ford dealer or licensed technician with the proper diagnostic equipment necessary to trace the fault. The technician will probably visually examine all connections for signs of corrosion, making sure they are secure and clean.

Why aren't we getting the diesel engines that dominate the European market? I recently came back from a two-month holiday over there and you can get a diesel engine in everything from the smallest subcompact to the most luxurious limousine. When I got back I bought a Mercedes SUV with the BlueTec system and am enthralled by its performance and fuel mileage. But I must say it is hard to find places to fill up. When are other manufacturers going to get smart and make diesels available? -Wilson

Trust me, if there was demand, and a dollar to be made we'd have diesel engines across the board.

There are a number of factors affecting the situation, all centered around that demand/supply equation.

Americans haven't taken a liking to diesels. Like it or not, our vehicle market is dominated by their likes and dislikes due to the sheer volume of that market. The new-vehicle market is larger in four or five states than all of Canada. With very few exceptions, we get what they want.

As fuel prices continue to rise, that situation might well change to one where smaller more fuel-efficient cars and diesel engines are popular in the United States. If that comes about and there is a demand for more diesel fuel, we might not have the refining capacity to produce the new clean diesel necessary to allow these engines to meet emission standards.

The Conference Board of Canada, in a recent report, said the number of refineries operating in Canada dropped from 40 in the 1970s to just 19 today. It said the reduction in numbers was offset by increased capacity at the remaining refineries .But, the Conference Board said, while global oil consumption is expected to continue to increase, most of that will be concentrated in emerging markets.

Regulations to reduce oil consumption in mature markets like ours will mean a decrease in demand and, despite increased production in things like the oil sands, the Conference Board says there is a strong potential for losses to Canada's refining capacity.

Modern super-refineries being built in China, India and other emerging nations could lend up refining Canadian oil and exporting the resulting product back to us. There would have to be a major increase in demand for clean diesel for that to occur.

I recently went shopping for a new set of tires for my Civic Hybrid. Obviously, I wanted to ensure they were not only suited to my super-efficient car, but I also wanted to make sure they were produced in the most environmentally-friendly manner possible. One tire shop guy started to extol the virtue of tires made from oranges. The minute he started that spiel I laughed in his face and walked out. I have come to expect to be treated poorly by repair shops, etc., but this reached a new low. When will the repair/tire/car industry get the fact that women are a big part of their business and should be treated with respect? – Jennifer in Toronto

Had you stayed and listened, you might have discovered the gentleman was telling the truth.

You were obviously in a shop that sold Yokohama tires. A couple of years ago, the company introduced a line of low-rolling-resistance tires formulated with oil from the orange peels in place of the petroleum-based oil commonly used in tires.

This orange oil is obtained from industrial citrus farms that produce orange juice. The natural oils are extracted from the leftover peels and also used to provide the scent in fragrances and household cleaning products. Yokohama says the Super E-spec tires are 80 per cent petroleum-free, quite an accomplishment considering petroleum derivatives typically account for 50-60 per cent of tire content.

The tires are intended as replacement tires for hybrid cars like yours. The company says the orange oil heats up more quickly than petroleum-based content, allowing the tire to generate heat more quickly for improved traction in corners. The tires also use natural instead of synthetic rubber, rayon instead of a petroleum-based substance and the carbon black is derived from coal rather than petroleum.

Yokohama used the same orange-oil technology in tires it supplies for some race series to prove its effectiveness. Because the use of orange oil is more expensive, creates difficulties during manufacturing and slows the process, the tires carry a price premium of 10-20 per cent. But consumers concerned about the environment are used to paying extra in order to save. Other tire makers are working on their own version of this new development. 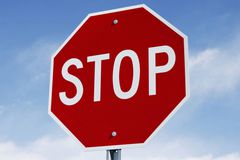 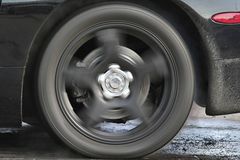 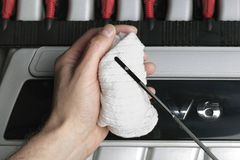 Adapting to his-and-hers driving styles
May 1, 2018 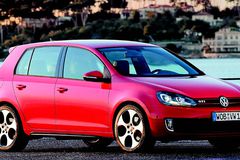 Why is premium fuel so much cheaper across the border?
April 30, 2018 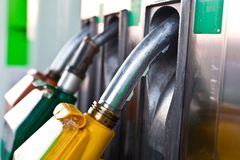 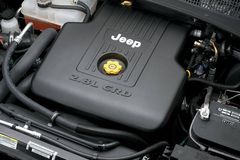 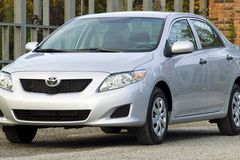 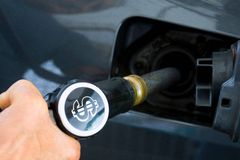 Weighing in on tow capacity
April 30, 2018
Follow us on Twitter @globeandmail Opens in a new window
Report an error Editorial code of conduct
Due to technical reasons, we have temporarily removed commenting from our articles. We hope to have this fixed soon. Thank you for your patience. If you are looking to give feedback on our new site, please send it along to feedback@globeandmail.com. If you want to write a letter to the editor, please forward to letters@globeandmail.com.
Comments