I recently traded my BMW 318i in for a Porsche 997T and my girlfriend of five years is now threatening to leave me. She states that she misses the feel of the BMW, so I am thinking of either getting a BMW Z4 or keeping the 997T and ditching the girlfriend. It should be fairly easy to find a new girlfriend given my new found status. What do you think?

What's up? You can afford a 997 but couldn't afford to keep the 318 for your significant other? Or at least offer her the option of buying the BMW at the trade-in value? Do you respect her so little that you didn't discuss this with her prior to the trade?

As for your girlfriend -- if you've never seen a big red flag, trust me, she's waving one at you right now. Maybe you treat your cars better than you treat your lady. Maybe you don't let her drive the new car. Maybe you're making a bigger deal over the car than you do over her. Or maybe she's just upset about the lack of space in the back seat of the Porsche. In any case, this doesn't excuse her behaviour.

I hate to tell you this, but it looks like you've got what my divorce-lawyer friend refers to as a relationship red-herring. Surely it's not the car that's the problem. Something else must be wrong - and perhaps with both of you. If you lift the hood on your relationship, you're probably not going to like what you see.

Think about it. If your girlfriend is trivial enough to leave you over a car, and your car is so important that you'd risk losing your girlfriend for it, maybe the two of you were made for each other. And if you think you're guaranteed a better partner because you traded the car, it's time to pull the dummy sucker out of your mouth.

To be fair to your girlfriend, maybe it's not the feel of the Bimmer she misses as much as the humbler version of you that came with the 318i. Are you really as casual about the whole thing as you're coming off? You'll likely get over buying and selling a car, but will you really get over trading in your girlfriend of five years?

One thing is certain: you acquired a better vehicle in the trade. As I've stated in previous columns, BMW's are stellar machines. But a 318i? Production ended for that model in 1999. So at best you had a 10-year-old Bimmer, and at worst you've now got a three-year old Porsche (production of the 997 Turbo started in 2006). That's a whole lotta car -- though not so great for blowing through Canadian winters, and with much more horsepower than needed for picking up groceries or getting you to work on time. It will definitely get you where you're going, but -- just where are you going? And what kind of woman do you think will want to share the ride?

If you think a Z4 will keep her happy, have you considered how little trunk space it comes with? It's a fantastic car, designed by two women no less. But it's still a roadster, with inherent limitations for trunk space when the top is stowed. Where is your girlfriend going to put her shopping bags?

Porsche and BMW (and perhaps your lady) fall into the high performance, and therefore high maintenance category. Whether you prefer the engine in the front or the back makes no difference. With the upkeep for these models, the downtime can be very expensive. Have you ever sat in a dealership lounge, waiting for the verdict? Not too many smiling faces there. The free coffee and Girl Guide cookies do little to ease the discomfort of your impending fate, which is often worse than the headlines on the complimentary newspapers.

Let's not forget these are German cars, designed to thrive on the Autobahn, where speeds reach well over the limits in North America. But somehow, they've become leading symbols of wealth and prestige on this continent. It's a performance-car society. Not even a decree from the Dali Lama will change that.

Bottom line: if your girlfriend is so shallow that she'd leave you over selling a car, perhaps you should introduce her to the guy who bought it. And if you want to base your relationships entirely on the vehicle you drive, go ahead. But be prepared to rotate girlfriends as often as you rotate your tires.

Do you need some Auto therapy? E-mail Joanne Will at globedrive@globeandmail.com 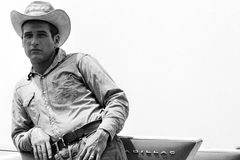 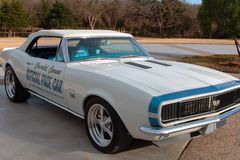 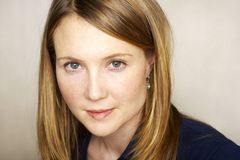