This is more of an Emily Post or a Dear Abby question, but how do I politely handle my non-driving friends who expect me to be their taxicab? They ask me to drive out of my way to pick them up for a movie or take them grocery shopping. Even worse, they expect me to text while driving to let them know how close I am – "Text me when you cross the bridge," "Text me when you're getting close" – so they can come down to meet me. I've said it's dangerous to text and had a friend roll her eyes and say I'm being dramatic – and said I should call her then instead. What should I do? – Anonymous, Toronto.

If a friend wants you to text or call them while you're driving, it's okay to miss manners and be blunt, Dear Abby and the Emily Post Institute told Globe Drive.

"What they need to do is simply draw the line," said Jeanne Phillips, who writes Dear Abby. "By that I mean they should simply tell this person that they do not use their cellphone while they're behind the wheel and simply adhere to that… frankly, I don't use a cellphone when I'm behind the wheel – it's common sense."

Sending a text that you'll be three minutes late could make you a lot later than that – texting drivers are 23 times more likely to be involved in a crash compared with non-distracted drivers, according to 2010 research by the Virginia Tech Transportation Institute.

And if you get in that crash, you're to blame – not your impatient friend.

"Something we often say here is, 'There's no worse vice than advice'," said Daniel Post Senning, great-great grandson of Emily Post and co-author of Emily Post's Etiquette, 18th edition. "And you learn quickly that safety trumps etiquette – obviously, you don't text while driving."

Being clear doesn't mean being a jerk, Post Senning said. There's nothing wrong with arranging to meet people at a set time, like we used to do before cellphones. It's also fine to text or call from the safety of your driveway before you leave – but then not again until you're parked on the other side.

"We talk about manners being expectations we have of each other in social circumstances, but the basics stay the same – you treat someone with respect, honesty and consideration," he said. "Even if you're not driving, you can say, 'I'm not a big texter, it's so much easier for me if I can meet you 15 minutes before the movie'."

As for friends who expect you to be their free Uber, just talk to them, Post Senning said.

"You phone the person and you say, 'There's something I've been wanting to talk about' and then you talk about yourself," Post Senning said. "'I'm a nervous driver, it's costly – I'd love to meet you somewhere in the city' – don't assume their rudeness was intentional, this person might have forgotten to thank you."

For the person who'd like a ride – a little appreciation can make all the difference, Post Senning said. "There's a difference between assuming and asking with a please. Offer to fill up the car or you can get them a little something."

A friend wanting texts from the road is part of a bigger problem that has nothing to do with manners, said Karen Bowman, founder and executive director of Drop It And Drive.

"The world will not come to an end if their friend waits to text or call them until she arrives safely at her destination," Bowman said in an e-mail. "No one wants to be on the other end of the phone, as part of the distraction to a driver, when tragedy strikes."

Despite increased fines in Ontario, British Columbia and Prince Edward Island, people don't seem to be getting the message, Bowman said.

"Based on the reports coming out on social media from B.C. law enforcement, it would appear the high fines are having little effect," Bowman said."There is no doubt that most people understand that distracted driving is dangerous – but without the knowledge and true understanding of why it's risky and what is really at stake, we are going to continue to see this behaviour." 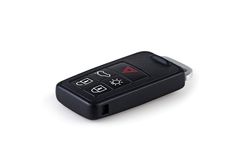 Car Review
Review: 2017 Subaru BRZ has no turbo, but that's not a bad thing
July 28, 2016
The discontinued dozen: 12 models getting the axe in Canada
July 28, 2016
Follow us on Twitter @globedrive Opens in a new window
Report an error Editorial code of conduct
Due to technical reasons, we have temporarily removed commenting from our articles. We hope to have this fixed soon. Thank you for your patience. If you are looking to give feedback on our new site, please send it along to feedback@globeandmail.com. If you want to write a letter to the editor, please forward to letters@globeandmail.com.
Comments