While there usually are "recommended speed" safety signs for the 100-series highway on- and off-ramps, what is the actual legal speed limit for these ramps? I'd like to know how much fun I can legally have. – Dave, Nova Scotia

Yellow speed limit signs on exits are just suggestions. But they're good suggestions, the provinces say.

"Yellow signs are warnings, advising drivers of what the recommended speed given the geometry of the turn," says Brian Taylor, a spokesman for Nova Scotia Transportation and Infrastructure Renewal, in an e-mail.

In Nova Scotia, if there's not a posted speed limit on a road that's not in a business or residential area, then the speed limit is 80 km/h, Taylor says.

While the limits on yellow signs aren't enforceable, you could potentially face charges if you go over the recommended limit – especially if you get into a crash.

Section 100 of the province's Motor Vehicle Act says a driver "shall operate or drive the same at a careful and prudent rate of speed not greater than is reasonable and proper, having due regard to the traffic, surface and width of the highway."

So why don't they post a set speed limit on curves and exits? Because you may have to speed up or slow down depending on the road and the cars ahead of you.

"The main reason the province does not post regulator speed limits on ramps is that typically a driver is accelerating to merge or decelerating to stop," Wilson says.

District traffic supervisors figure out what the recommended speed should be by measuring the cornering forces on cars with a device called a ballbank indicator, Taylor says. The recommended speed limit also depends on the angle of the exit, the speed limits on the two roads it's connecting and the kind of vehicles that tend to drive there.

"Trucks can tip over if they are going too fast," says Alberta Transportation spokesman Jamie Friesen in an e-mail.

We checked with the other provinces. We hadn't heard back from everyone by our deadline but, according to provincial driving manuals, the yellow speed limits are just recommendations everywhere.

So what's the enforceable limit?

In P.E.I., Section 176 of the Highway Traffic Act says maximum speed limits are 100 km/h outside of business and residential areas.

"Bearing in mind that ramp and curve configurations often involve changes in direction and upcoming intersections, vehicles must reduce speed to safely negotiate these," says MTO spokesman Ajay Woozageer in an e-mail. "Or in the case of an on-ramp, speed up to merge into traffic once the curve or hazard indicated by the speed advisory sign has been passed."

In Quebec, Saskatchewan, Alberta and British Columbia, there's no maximum limit on exits, but you could potentially be charged with careless driving, or related charges, if you're going faster than the recommended rate on the yellow sign. It's up to the police officer.

"We cannot just close our eyes and say we can't do anything because these are just recommendations," says Sgt. Audrey-Anne Bilodeau, Sûreté du Québec spokesperson. "Even if there's no collision but he's driving dangerously for the road conditions, police officers can press charges."

Still, you should be doing what all signs say, no matter what colour they are, provinces say.

"It is expected that motorists will abide by all highway signs, whether or not they could be penalized for disregarding them," Sonia Lowe, spokesperson for B.C. Transportation and Infrastructure, says in an e-mail.

Ian Law, president of ILR Car Control School, agrees. And, if the roads are lousy, you should probably be going slower than that suggested limit, he says.

"Drivers should keep to the posted suggested limit when conditions are ideal," says Law in an e-mail. "Sadly, motorists don't do that and that is one explanation for the high number of crashes and collisions we have on our roads." 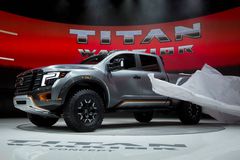