Many of us who have moved into condos in convenient parts of the city where a car is seldom needed worry that the car battery will die if the car is not used often enough. My question is, how often is enough? Researching on the internet was of little help. Someone suggested idling the car for 15 minutes every other day. Another explanation was that these days, the whole charging-and-depleting system has improved so much that the battery is fine for a month. My car is an Acura RSX, if that makes a difference. – Velta Zichmanis

A car should be able to sit parked for at least a month without the battery dying, unless it's a higher-end car with plenty of power-hungry gadgets and computers, experts say.

"For BMWs and some Mercedes, it's possible for a battery to die in two weeks," says Patrick Brown-Harrison, instructor at SAIT Polytechnic in Calgary. "We used to have to install chargers for clients who left their cars at airport parking lots for two or three weeks. That shouldn't be as much of an issue with an Acura."

Battery life is tough to predict – it depends on the age of the battery, the climate and how often you drive, Brown-Harrison says.

A quick review of Batteries 101: Batteries produce electricity through an electro-chemical reaction – in most car batteries, electricity is produced as electrons flow from the lead oxide anode to the metallic lead cathode, through a solution of sulphuric acid (if I got this wrong, I apologize to Mrs. Johnson, my Grade 11 chemistry teacher).

That reaction keeps happening, but more slowly, when the battery isn't being used. That's why batteries lose their charges as they sit.

If the battery is connected to your car, it drains even faster because your car sucks power even when parked – especially if it has an alarm system, on-board computers and memories for seat positions and radio and climate control settings.

How long will it take to drain? That depends on the age of the battery, the climate (heat speeds up the process) and how often you drive.

The reaction is reversible, to a point, so when a current is applied to the battery, it regains its charge.

That's what the alternator does – it maintains the battery's charge and it produces extra juice to power the lights, radio and all the other electrical gadgets in the car.

"The best thing [to do to keep your battery charged] is to drive the car on a regular basis; every three to four days should be fine," says Calvin Feist, instructor at NAIT in Edmonton. "It needs to be driven and not idled."

That means driving at least 10 km at a time, and longer in the winter, because you're using the heater, rear defroster and heated seats – they draw a lot of power, which means less power will be available to recharge the battery, Feist says.

"People have to realize that the vehicle's alternator or generator is made to maintain the battery and not charge it back up once it is low," Feist explains. "So, if the vehicle is left for long periods, this can put unneeded stress on that system."

If you're not going to be driving that often, just idling the car will do your battery more harm than good, Brown-Harrison says.

"Starting the engine draws 100 to 130 amps, and idling the car for 15 minutes might put back three or four amps," Brown-Harrison says. "If you're idling only for 15 to 20 minutes, the battery never truly gets recharged. So each time you start and leave it to idle, the charge will get lower and lower and lower."

Even if you're driving every day, but only for short trips to the store, you're shortening the life of your battery because it never fully recharges.

"Realistically, you have to be in excess of 1,000 rpm before it starts charging," Brown-Harrison says. "We used to say that a battery would last five to seven years, but now that's dropping to three to five years. That's because fewer people are making those long commutes that give the system a better chance to do its job properly."

So how do you prevent the battery from dying? If the car is going to be stored and won't be used at all for a few months, you could disconnect the battery negative cable, says Stephen Leroux, professor at Centennial College in Toronto. That will stop the car's electrical system from drawing power from the battery.

That's probably not realistic if you're living in a condo and still might need to drive – in that case, Leroux recommends installing a smart charger.

Unlike a traditional charger, which can eventually overcharge a battery, a smart charger only delivers as much power as your battery needs – once the battery is fully charged, it will turn off the current.

They can stay in the vehicle all year round – you end up with a plug hanging out of the front of your vehicle, just like with a block heater.

"You plug the car in and forget about it," Brown-Harrison says. "For the average driver, plugging it in once a week overnight is enough."

It can stay plugged in all the time, but if you don't have regular access to an outlet, even just a three to four hour charge once or twice a month should do the trick, says Sergio Marsili, product specialist with Canadian Tire.

"For only $30 to $40, it can save you from dealing with a car that won't start and a lot of money in replacement batteries," he says.

Engines are getting smaller – even in North America
August 20, 2012 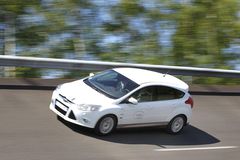 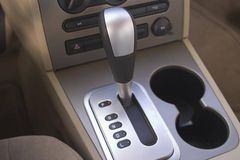 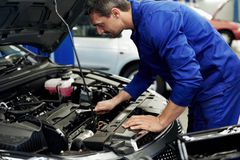 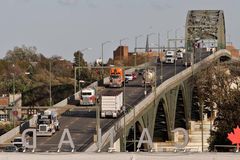 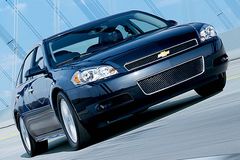 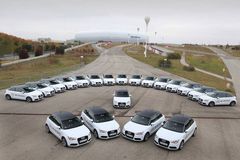 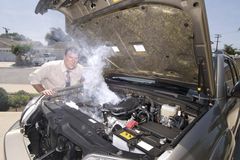